Kwame Onwuachi, author of "Notes From a Young Black Chef," is the James Beard Award-winning executive chef at Kith/Kin in Washington, D.C. He was born on Long Island and raised in New York City, Nigeria, and Louisiana. Onwuachi was first exposed to cooking by his mother in the family’s modest Bronx apartment, and he took that spark of passion and turned it into a career. From toiling in the bowels of oil cleanup ships to working at some of the best restaurants in the world, he has seen and lived his fair share of diversity. Onwuachi trained at the Culinary Institute of America and opened five restaurants before turning 30. A former "Top Chef" contestant, he has been named Esquire’s Chef of the Year, one of Food & Wine’s Best New Chefs, and a 30 Under 30 honoree by both Zagat and Forbes. 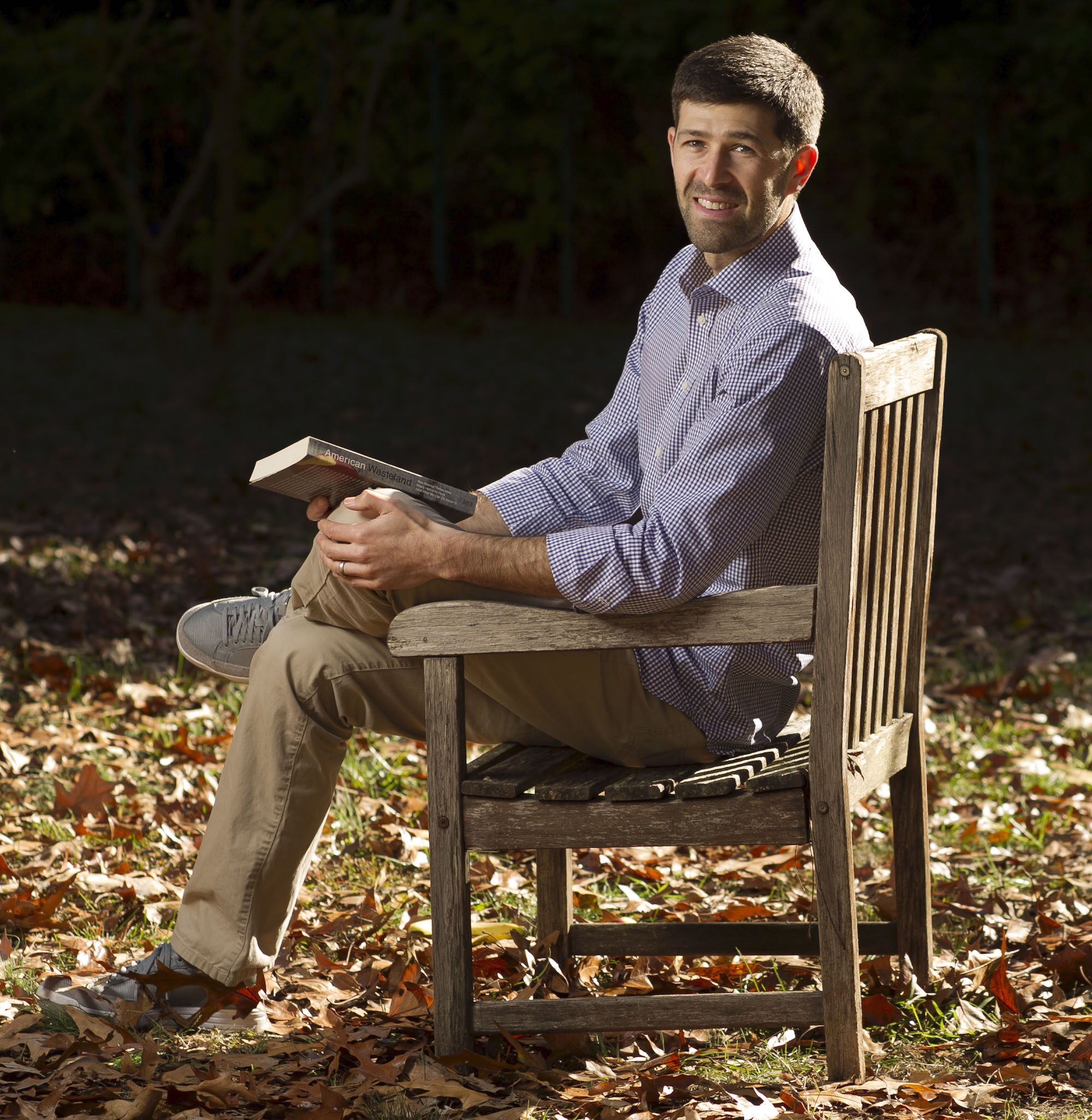 Jonathan Bloom is a journalist, consultant, and thought leader on the topic of food waste. He is the author of the book "American Wasteland" and created the Wasted Food website. He recently helped write the NRDC's report "Wasted" and was featured in the documentary "Just Eat It."

Bloom speaks about wasted food at colleges and conferences. He has given talks at Harvard, Yale, Stanford, and more than 60 other places, from North Carolina to New Zealand. He has also enjoyed longer engagements with increased impact, spending weeks at Bucknell University and Concordia College as an expert-in-residence.

He has consulted with the United Nations’ Food and Agriculture Organization, Harvard Law School, Natural Resources Defense Council, and General Mills. Bloom is an advisory board member for Food Tank, ReFED, and Imperfect Produce.

Amy Thielen is a cook and a two-time James Beard Award-winning writer. She grew up in Minnesota, graduated from Macalester College, and completed a culinary tour of duty in top New York City kitchens before moving back home to the rural north. She’s the author of two books – "The New Midwestern Table" and the memoir "Give a Girl a Knife," both from Clarkson Pottermr – and has a new cookbook coming out in 2021 from W.W. Norton. The host of Food Network’s "Heartland Table" (2013-2014), she speaks and writes widely about home cooking in magazines and on public radio, and is a contributing editor at Saveur magazine. She lives with her husband, visual artist Aaron Spangler, and their son in rural northern Minnesota, and resides on the web @amyrosethielen. 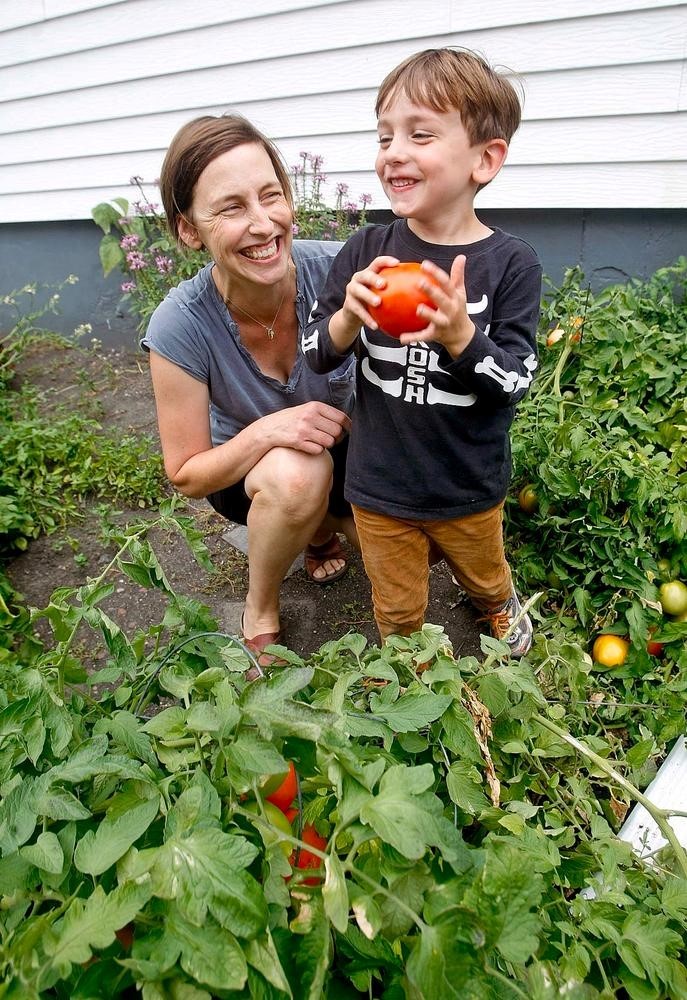 Andrea Baumgardner is the Baum in BernBaum’s, a bagel shop and restaurant in downtown Fargo. Baumgardner’s interest in food had roots in her high school job at Leeby’s, an old-school bakery and delicatessen that featured gruff, knowledgeable butchers and serious farm-style bakers who turned out perfect cake donuts, pies, and lefse. While attending Macalester College, she spent a year in Spain and France, greatly expanding her palate and her pants size. A graduate of San Francisco’s California Culinary Academy, Baumgardner externed at Chez Panisse before cooking on the line at Vivande and Eos in the Bay Area and at Boxer, and Cobras & Matadors in Los Angeles. In 2003, she returned to Fargo as the opening executive chef of the Hotel Donaldson. She was a partner and chef of Green Market Kitchen before creating BernBaum’s with her husband, Brett Bernath, in 2016. A 2015-16 Humphrey Fellow in Public Policy at the University of Minnesota, Baumgardner is committed to teaching children to cook as a form of justice. She is a 2020 semifinalist for Best Chef: Midwest from the James Beard Foundation, a believer in pickles, and counts her retired physician father as one of her prep cooks.

Sharon M. Day, Ojibwe, is the executive director of the Indigenous Peoples Task Force. She is a writer, playwright, and water walker. She learned about water ceremonies through the M'dewiwin Lodge, where she is a second degree M'de. She learned how to lead water walks from Josephine Mandamin, the woman who began these contemporary actions to protect our waterways. IPTF bases its work and programing on traditional teachings, which includes working with youth and growing heirloom plants and medicines.

Dr. Amy Kircher is the senior advisor of the Food Protection and Defense Institute (FPDI), a Department of Homeland Security Center of Excellence, and an assistant professor in the College of Veterinary Medicine at the University of Minnesota. She leads a talented staff and coordinates a research consortium of experts dedicated to protecting the food system through research and education. Her current research includes identification and warning of food disruptions through data fusion and analysis.

Prior to coming to the University of Minnesota, Dr. Kircher held epidemiologist positions at NORAD – U.S. Northern Command and with the Air Force, where she worked on health informatics, biosurveillance, and data analytics. She has an extensive background in Homeland Security and Defense, supporting preparedness and response for real-world and exercise events to include Hurricane Katrina and H1N1. Dr. Kircher earned her bachelor's degree from Concordia and her doctorate in public health at the University of North Carolina at Chapel Hill.

Daniel Klein is the director and producer behind the two-time James Beard Award-winning online documentary series, "The Perennial Plate." A former chef (Bouchon, Craft, The Fat Duck), Klein and his wife and co-producer, Mirra Fine, have created more than 200 short films around the world (with tens of millions of views and nine Vimeo staff picks). They also produced the most recent season (and the relaunch) of the nationally syndicated PBS series “The Victory Garden’s Edible Feast,” for which they were nominated for an Emmy, as well as the feature-length documentary "What Are We Doing Here?" Their production arm has worked with such diverse clients as Guinness, Hilton, Organic Valley, American Express, Equal Exchange, Whole Foods, and Capital One. Their films have been shown in innumerable film festivals around the world and at the United Nations.