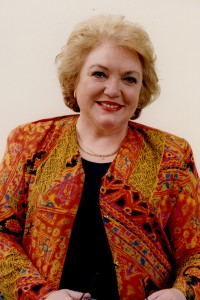 Soprano Phyllis Bryn-Julson ’67, known for her lustrous voice and pitch-perfect three-octave range, commanded a remarkable repertoire of vocal literature spanning centuries and is recognized as one of the most authoritative interpreters of vocal music of the 20th century. The Grammy Award-nominated singer performed with dozens of major orchestras in Europe and North America under leading conductors and has numerous recordings to her credit. Her many awards include the Dickinson College (Carlisle, Pa.) Arts Award, the 1995 best opera Gramophone Award, an honorary doctorate from Concordia, and was the first American to receive the United States – United Kingdom Bicentennial Exchange Arts Fellowship. Bryn-Julson was a member of the Peabody Conservatory of Johns Hopkins University and served as chair of the voice department, along with additional guest artist/teacher positions including summer programs at several institutions. She completed her Bachelor of Music degree and master’s in voice at Syracuse University. 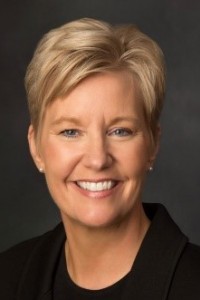 Beth Renner ’91 serves as head of the Advice Center within the Advice and Planning Center of Excellence for Wells Fargo Wealth and Investment Management, where she leads a team of specialized subject matter experts responsible for helping clients make better financial decisions. Renner has more than 30 years of experience in the financial services industry and previously served as national director for Wells Fargo Philanthropic Services. Renner is active as a volunteer, philanthropist, and board member for such organizations as Women’s Philanthropy Institute, National Women’s History Museum, Concordia College, YWCA Cass Clay, and as national chair of American Red Cross’ Tiffany Circle. Renner has presented programs with industry leaders and has appeared in Bloomberg Business Week and the New York Times, among others. After graduating from Concordia, she earned a Master of Management degree from the University of Mary in Bismarck, N.D., and several certifications for philanthropy and financial planning. 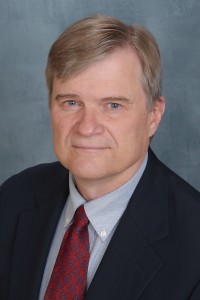 Keith Fuglie ’82, senior economist with the Economic Research Service, U.S. Department of Agriculture, leads research on the economics of technological change and science policy for agriculture. He has worked closely with the World Bank, the CGIAR system of international agricultural research centers, and the U.S. Agency for International Development. He served as senior economist with the Clinton White House Council of Economic Advisors then spent 10 years in Africa and Asia with the International Potato Center. Fuglie was recognized with the USDA’s highest award, the Secretary’s Honor Award for Professional Service, received the Bruce Gardner Memorial Prize for Applied Policy Analysis, and was named an Honorary Life Member of the International Association of Agricultural Economists. After graduating from Concordia, he earned an M.S. and doctorate in agricultural and applied economics from the University of Minnesota, and spent 1990-91 as a postdoctorate Social Science Research Fellow with the Rockefeller Foundation in Tunisia. 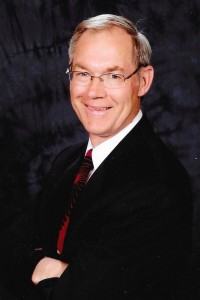 John Smith ’71 was an attorney for 15 years before being appointed district court judge in the Ninth Judicial District of Minnesota in 1991. He was then appointed to the Minnesota Court of Appeals in 2012 where he continues to serve as a retired senior judge. He served as president of the Minnesota District Judges Association, the chief judge of the Ninth District, and vice-chair of the Minnesota Judicial Council. He is recognized as one of the state’s most skillful and accomplished trial judges, a statewide and national leader in the judiciary, and a leader in service to his community. Among his many awards are the Minnesota State Bar Association’s 2007 Rosalie Wahl Judicial Award of Excellence and its David Graven Community Service Award. He earned his J.D. degree from William Mitchell College of Law, his L.L.M. from Emory University, and a master’s in judicial studies from the University of Nevada, Reno. 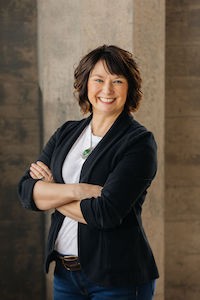 Melissa (Cherney) Sobolik, a 2002 Concordia graduate, is CEO of the Great Plains Food Bank, Fargo, N.D. She previously was the development director for the Plains Art Museum and associate program director for Northern Great Plains Inc. She served on the Fargo City Commission from 2012 to 2016, including the planning commission and arts and culture commission, as well as boards of several local organizations. In 2013, she was named by Next City as one of the 40 young leaders to receive the Vanguard Award for rising urban leaders. She believes that food insecurity is a solvable issue. Food insecurity is personal for Sobolik, who found herself in the unlikely position of being food insecure during college and received SNAP benefits for three months. She hopes to change the stigma surrounding needing assistance and recognizes that without help her adult life could have been much different due to lack of nutrition. An inspirational leader, she has had a profound impact on Great Plains — from nurturing staff culture to advocating for long-term solutions to food insecurity at the local, state, and national levels. 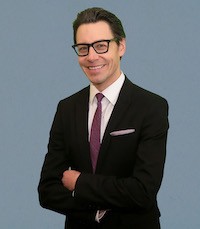 Cory Hepola, a 2003 Concordia graduate, is currently running for governor of the state of Minnesota as a third-party candidate for the Forward Party. A native of Perham, Minn., he has had a nationally renowned professional career in the Twin Cities. Before stepping down for the gubernatorial run, he was the host of a daily show on WCCO Radio in Minneapolis, “Hey, it’s Cory Hepola.” He is a two-time Emmy Award winner for Outstanding TV Anchor and has received five additional Emmy nominations. He worked as a TV anchor and reporter for seven stations across five states, earning Best Sportscast twice, once in North Dakota and once in New York. He has hosted numerous galas and events for nonprofit organizations, produced a 17-part miniseries on the nonprofit organization Can Do Canines, and is an inspirational speaker. He has been involved in Concordia events and hosted the “100 Years of Perham High School” video series celebrating the school’s history. Hepola says he is running for governor because he believes Minnesota deserves an elected official who is more concerned about people than pleasing their political party. His vision is to positively impact others and he doesn’t see his run for office as a career change, but rather as a calling and vocation to serve the state and people he loves.