Home
Alumni
Awards and Recognition
Called to Serve Award Recipients
The Called to Serve Award is conferred upon alumni who have demonstrated notable commitment to the mission of the college through lifelong service to their faith communities, education, arts or other not-for-profit activities. 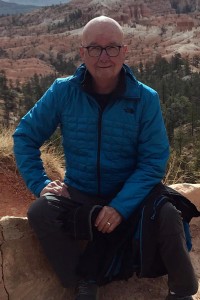 Handt Hanson ’72 served as worship and music director for Prince of Peace Lutheran Church, Burnsville, Minn., for 40 years. His community involvement at Concordia included starting Trinity Lutheran Church’s youth drop-in coffee house, the Back Door; creating Bible study groups; and touring with three musical groups all named the Real Thing. Hanson reformed the Real Thing into a five-piece band and with it began a new worship ministry for Prince of Peace. The band’s outdoor worship events attracted hundreds of people who had never attended a church. During his tenure, the church grew from under 1,000 to more than 10,000 members. Hanson also led various musical organizations within the congregation, wrote original music, wrote and produced dozens of high school and children’s musicals, and established a high school singing/touring group with more than 4,000 participants. Hanson also planned and executed a musical festival for 22 years and a publishing company was created for his original music that is now sung around the world. 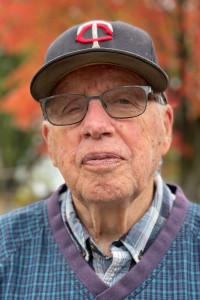 Arnold “Casey” Stengel ’56, a teacher for several years, became a guidance counselor after earning a master’s degree in guidance counseling from the University of North Dakota. Along with serving Brainerd High School students as a guidance counselor for 30 years, he was also an assistant football coach, an assistant baseball coach, and was inducted into the Brainerd High School Sports Hall of Fame as a coach. Stengel’s many years of volunteering include coaching a VFW baseball team for 11 years and serving as a camp counselor for Minnesota All-State Lutheran Choir for 20 years as well as for Habitat for Humanity, among others. Stengel was named Brainerd Schools Teacher of the Year, Crow Wing County Outstanding Senior Citizen of the Year, and twice received Sertoma’s Service to Mankind Award based on volunteer service provided to the community, state, or nation, winning at the district level as well. The former Concordia student body president and editor of The Concordian also served on several committees for his church, Bethlehem Lutheran, where he was also a choir member for many years.