Three Concordia students and a faculty member spent a week working with the organization buildOn earlier this year to help build a school in Malawi, Africa.

Amanda Breu is the curriculum center librarian and faculty advisor of the student organization buildOn Concordia. She first heard about buildOn during Concordia’s 2017 Faith, Reason and World Affairs Symposium.

“Jim Ziolkowski, the founder and CEO of buildOn, was one of the keynote speakers,” Breu said. “I was captivated by everything he had to say. He talked about the work that buildOn does domestically and internationally and it struck a chord in me.”

Ziolkowski’s keynote presentation inspired Breu to learn more about buildOn and how she could become involved. 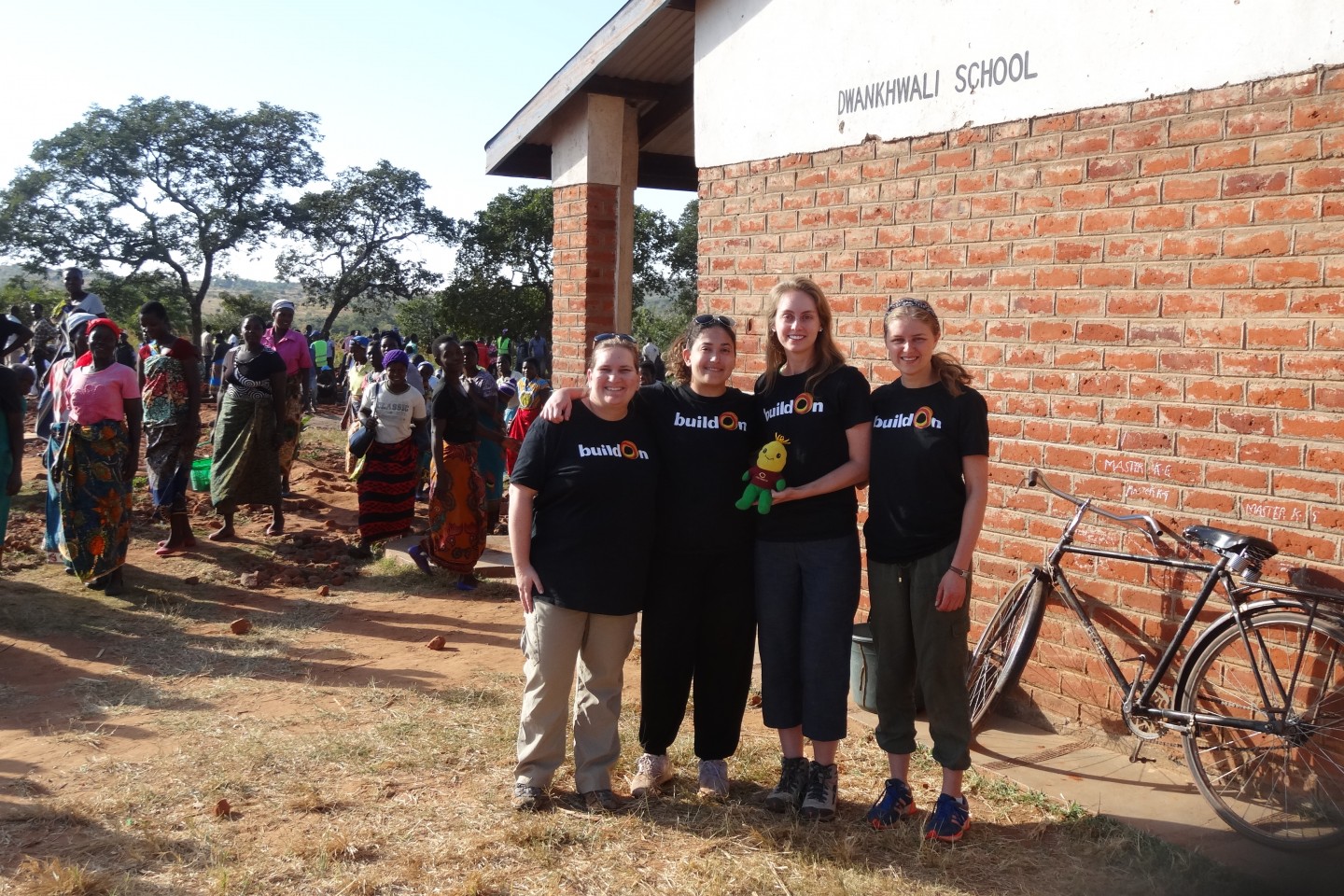 The organization has a commitment to break the cycle of poverty, illiteracy, and low expectations through service and education. Domestically, buildOn reaches underserved school districts to help engage and educate students. Globally, buildOn immerses groups like Concordia’s in experiences the organization calls Treks. The work goes beyond enriching the lives of the volunteers by impacting the lives of the people they work alongside in rural villages. Groups work together with a community to create the infrastructure to build and maintain a school. Concordia is the only college in the Fargo-Moorhead area that has worked with buildOn.

Feeling energized by buildOn’s efforts, Breu worked throughout the 2018-19 academic year to gather a group of students together to partner with buildOn and experience a Trek. Three Concordia students joined Breu in fundraising and traveled to Malawi in May. Christine Miller ’19, Sarah Anderson ’20, and Sophia Jalil ’22 connected with the objective of buildOn and decided to participate. 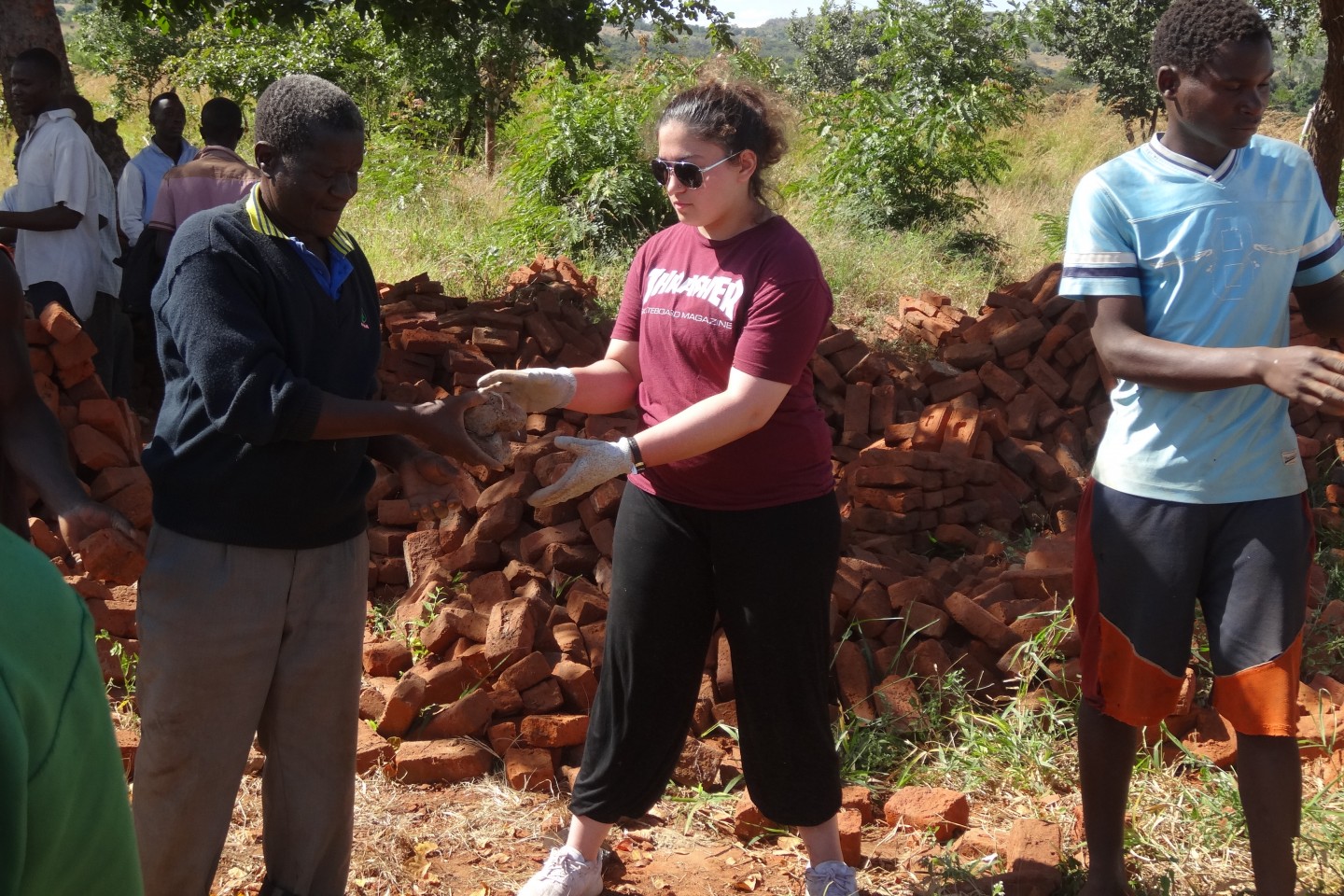 “So many volunteer opportunities fall into the category of ‘volunteerism,’ an experience that is designed to give the volunteer a good memory rather than making long-lasting positive impacts on those in need,” Anderson said. “But buildOn actively makes sure the work never becomes volunteerism by always looking to the future and ensuring the actions are taken to legitimately help each village they work in.”

The process of helping a village construct a buildOn school is a long process and requires village support.

“A village must show interest in building a school. If that happens, buildOn holds meetings with village members and details what building a school entails,” Breu said. “If at least 60 adults attend the meetings and the community seems committed, buildOn employees take the proposition of a new school to the officials who oversee new buildings in Malawi.” 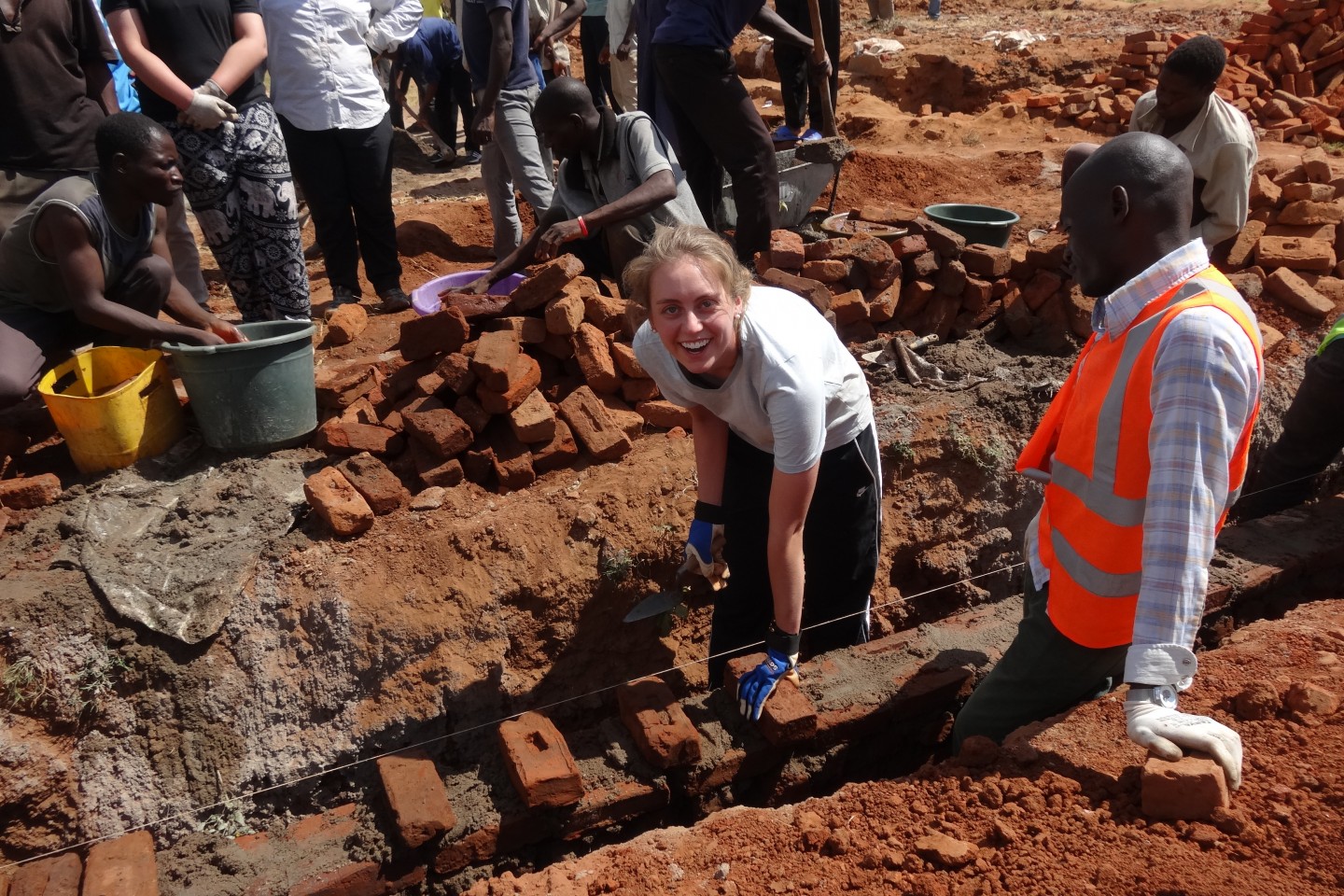 Breu and the students worked for months to plan, organize, and raise funds for their Trek. They arrived in Malawi on May 12, but didn’t officially start until a few days later.

“We met up with the rest of our Trek group, went to Kasungu, and then traveled to the village. All of the children ran to greet us,” Breu said. “My first impression of the village was the way the women and children were singing, dancing, and clapping. It was exciting to be there in that moment.”

A key component of the buildOn approach is the practice of partnering with a community to build a school rather than building a school for a community.

During the day, the Concordia group worked alongside the villagers to build the foundation for a school. With the sun shining down, it wasn’t unusual to take a break from construction to dance, play, or taste traditional Malawi dishes. Dance was a large component that strengthened their relationships. 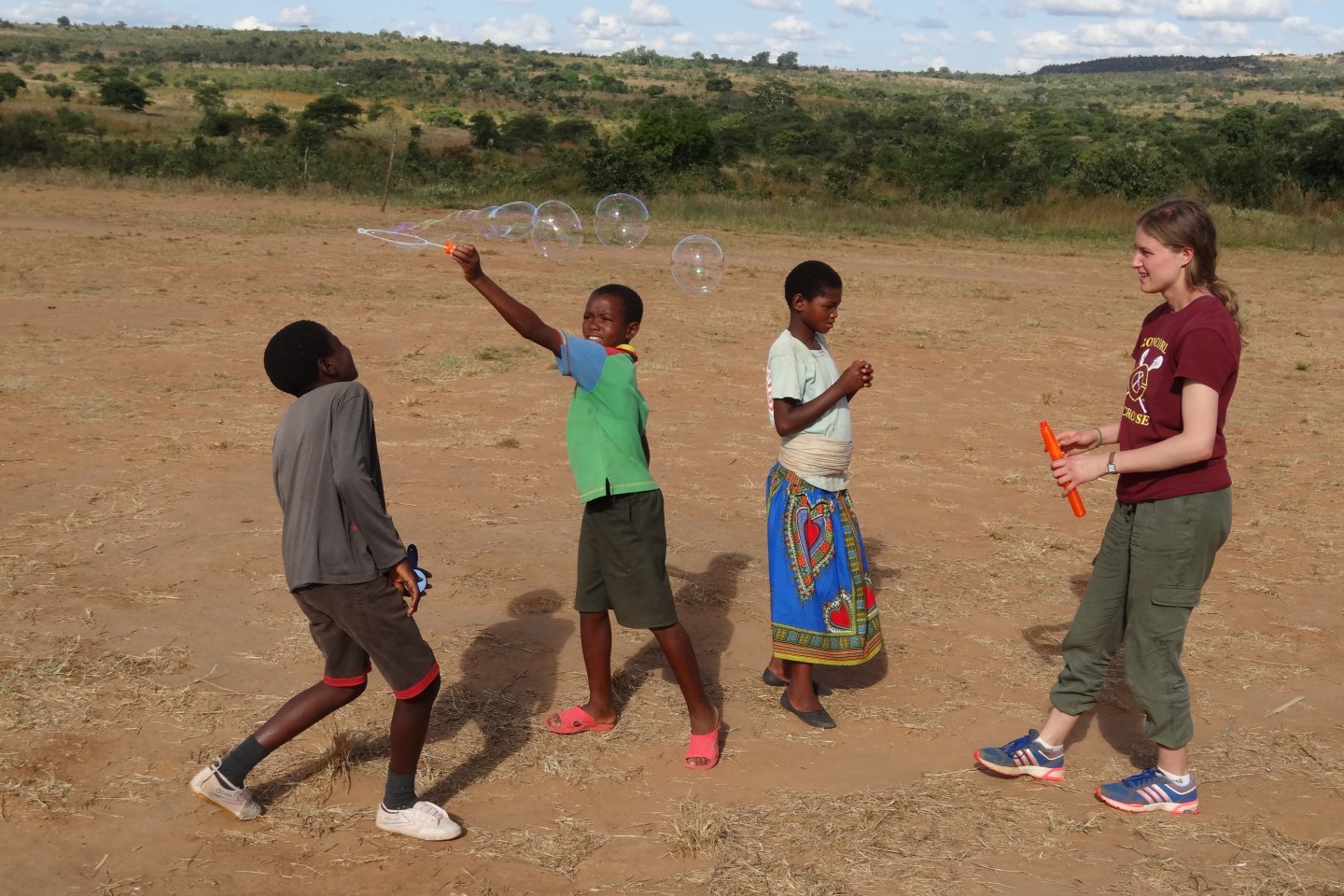 “By the end of the week, it didn’t matter what I looked like when I danced,” Breu said. “We were bonding, making a connection, and that was the most important part.”

Aside from the partnership the group made with the local people through their hard work and efforts to build a school, dance created an opportunity for another shared experience with the villagers.

“My favorite memory from the Trek was ‘kuvina,’ which means ‘dance’ in Chichewa,” Anderson said. “Most of the nights I spent with my host family, we had a dance party after dinner. It was an amazing end to the day – dancing on red dirt, among joyous people, below a sinking, fiery sun.”

For the Concordia group, traveling was not the objective. Their goal was to carry out buildOn values by building the foundation for a school in a rural community that is dedicated to education. 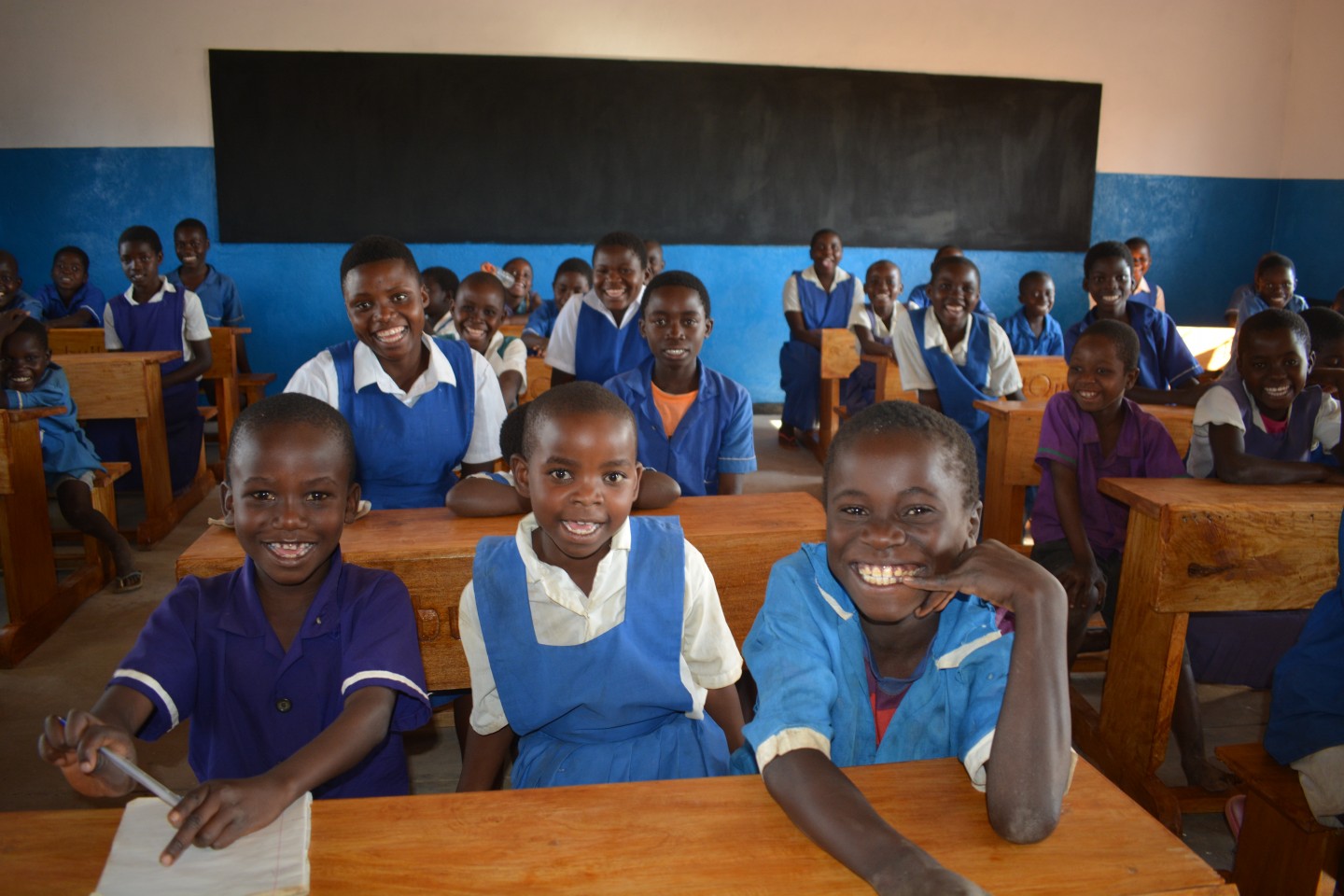 “I didn’t do this because it would be a ‘good experience,’ even though it was,” Anderson said. “I participated because buildOn helped me realize that I have an ability to help and there is no excuse why I should not give what time and effort I can toward giving others a quality education, especially when I am so fortunate to attend Concordia.”