From a Super Mario Bros. wall to the most Instagram-worthy spots in Fargo-Moorhead, check out some of the area’s coolest locations to snap a photo. 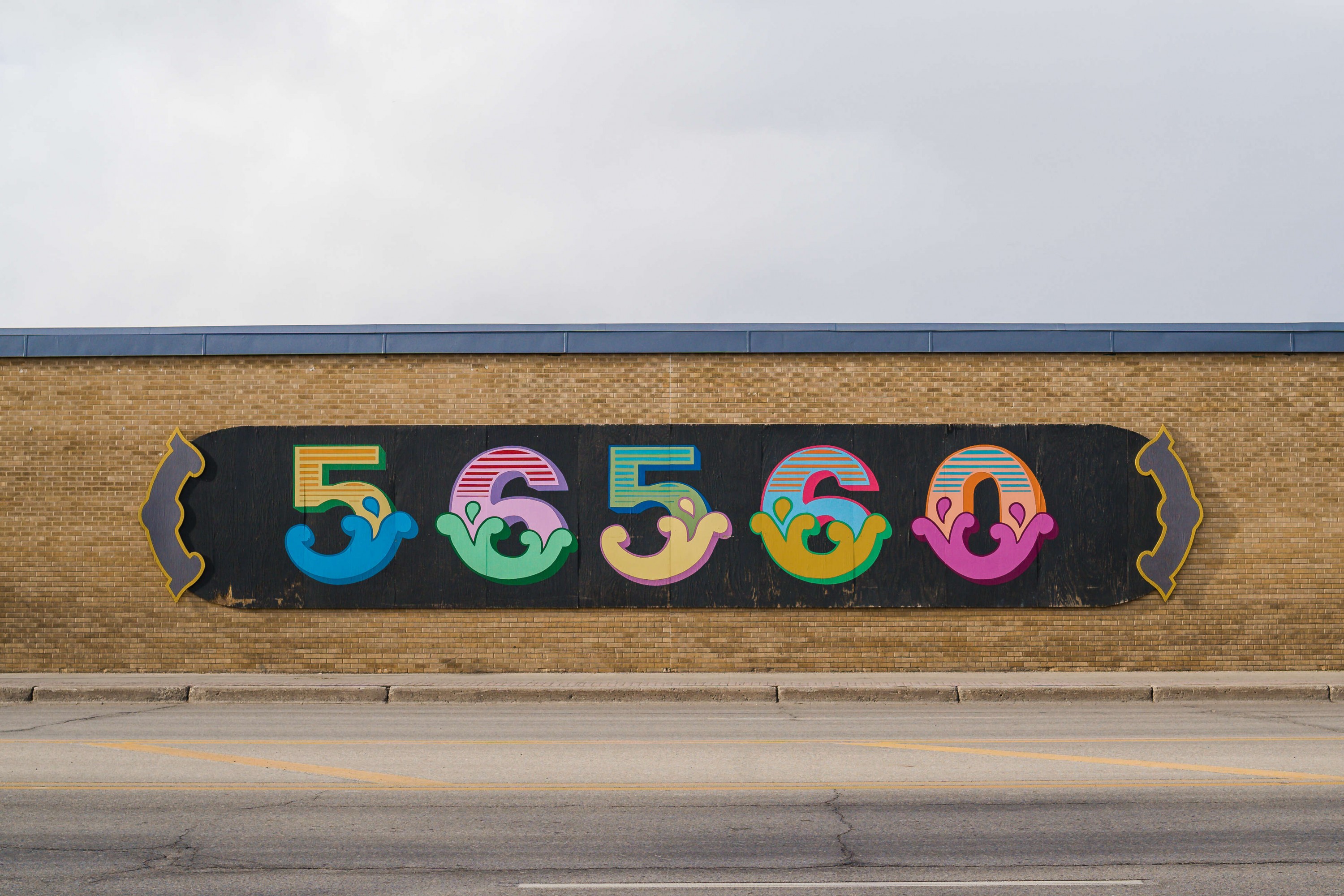 Welcoming you to downtown Moorhead, Ace is a great place to make a pit stop and take a few Instagram-worthy photos. Bonus: In addition to this colorful mural by Mara Morken, there is public art located here and across the street. 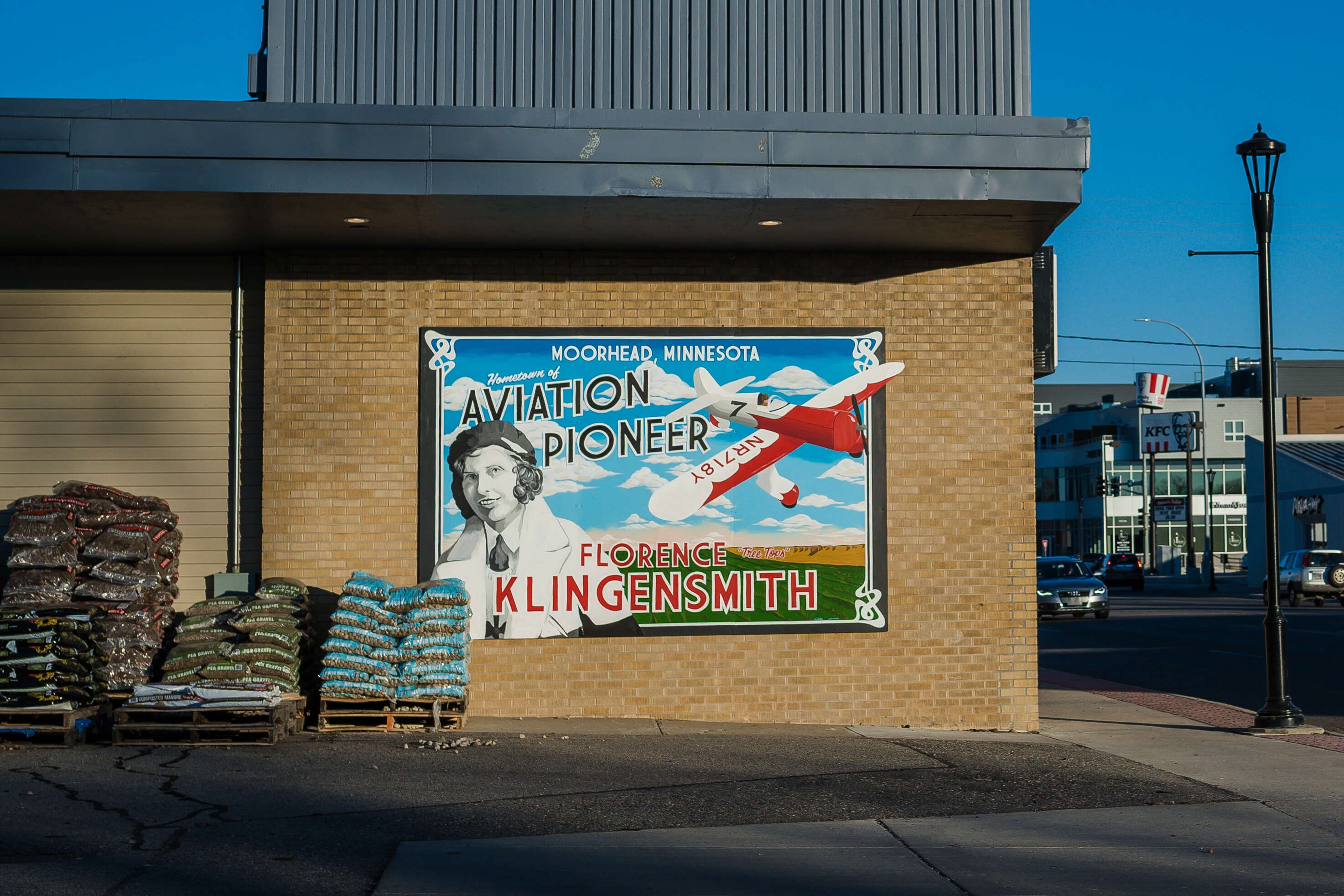 Painted by Cory Gillerstein and Jared Froeber, the Fly Girls art installation was placed in downtown Moorhead as a tribute to local aviator Florence Klingensmith. Klingensmith was a pioneer in the aviation industry and one of the first women to participate in races against men, as well as a founding member of an aviation group for women. 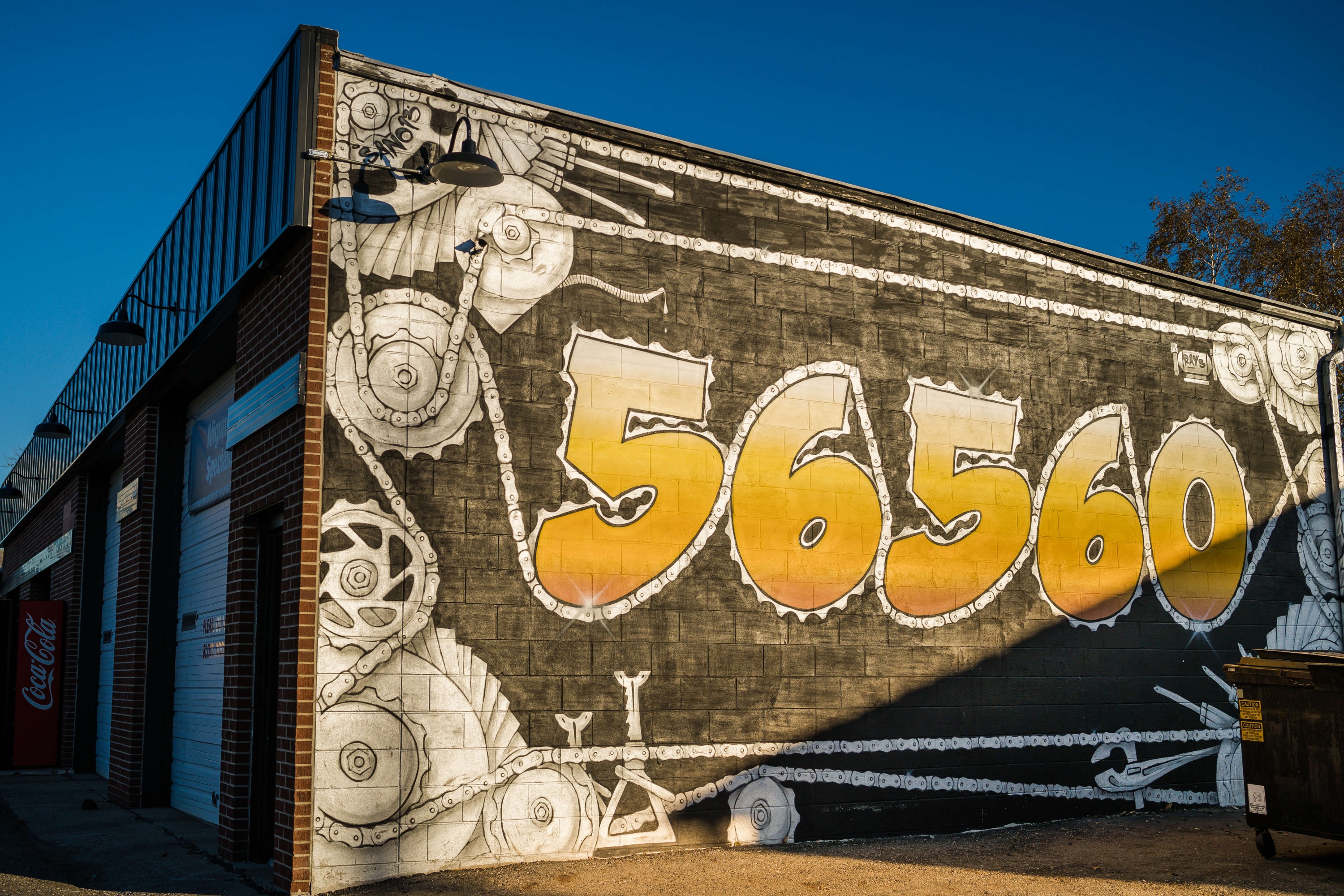 This mural was painted by Grant Hicks in 2017 and, much like the other Main Avenue mural displaying Moorhead’s ZIP code, this is another snap-worthy spot. 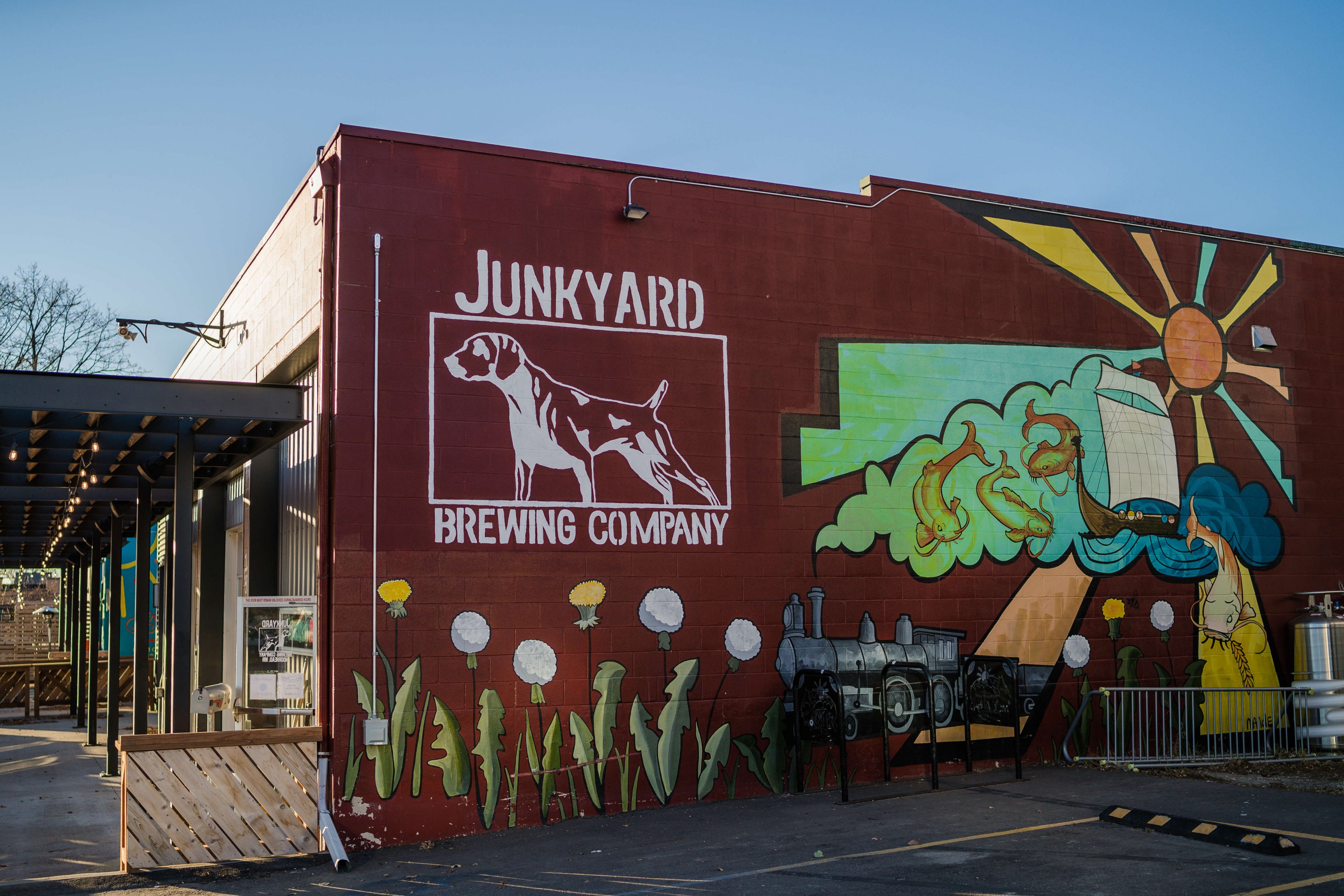 This mural, located on the west side of Junkyard’s taproom, features important elements of Moorhead’s history. Painted by Mandel Mertz, this artwork helps tie Junkyard Brewing, a young establishment representing the growth of Moorhead’s business landscape, to the deep history of the city. 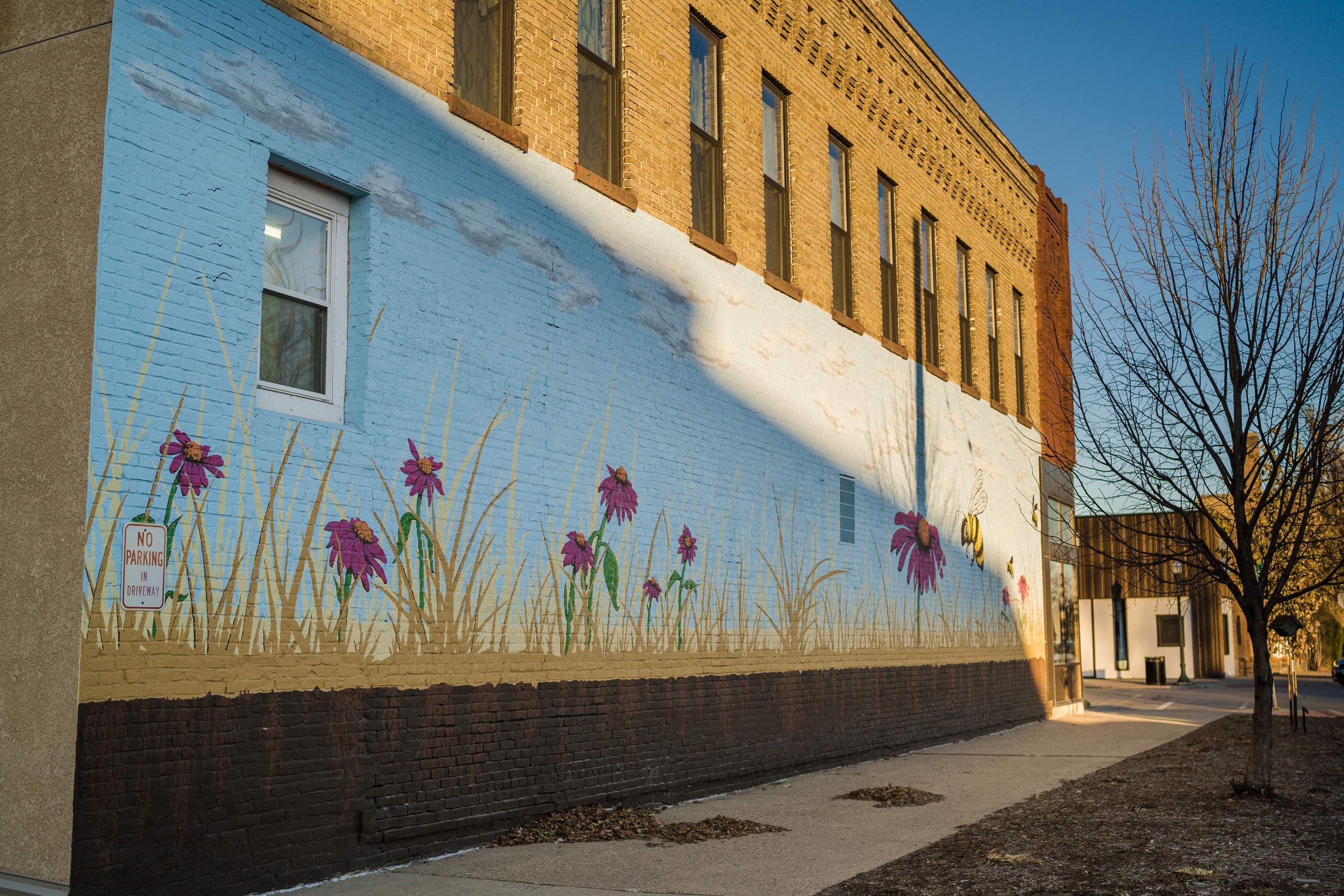 On the corner of First Avenue and 8th Street South, Fargo

Painted by local artist Jeff Knight ’04, a Concordia graduate and former design instructor, this beautiful mural depicts a scene from the Great Plains sprawling the Midwest. 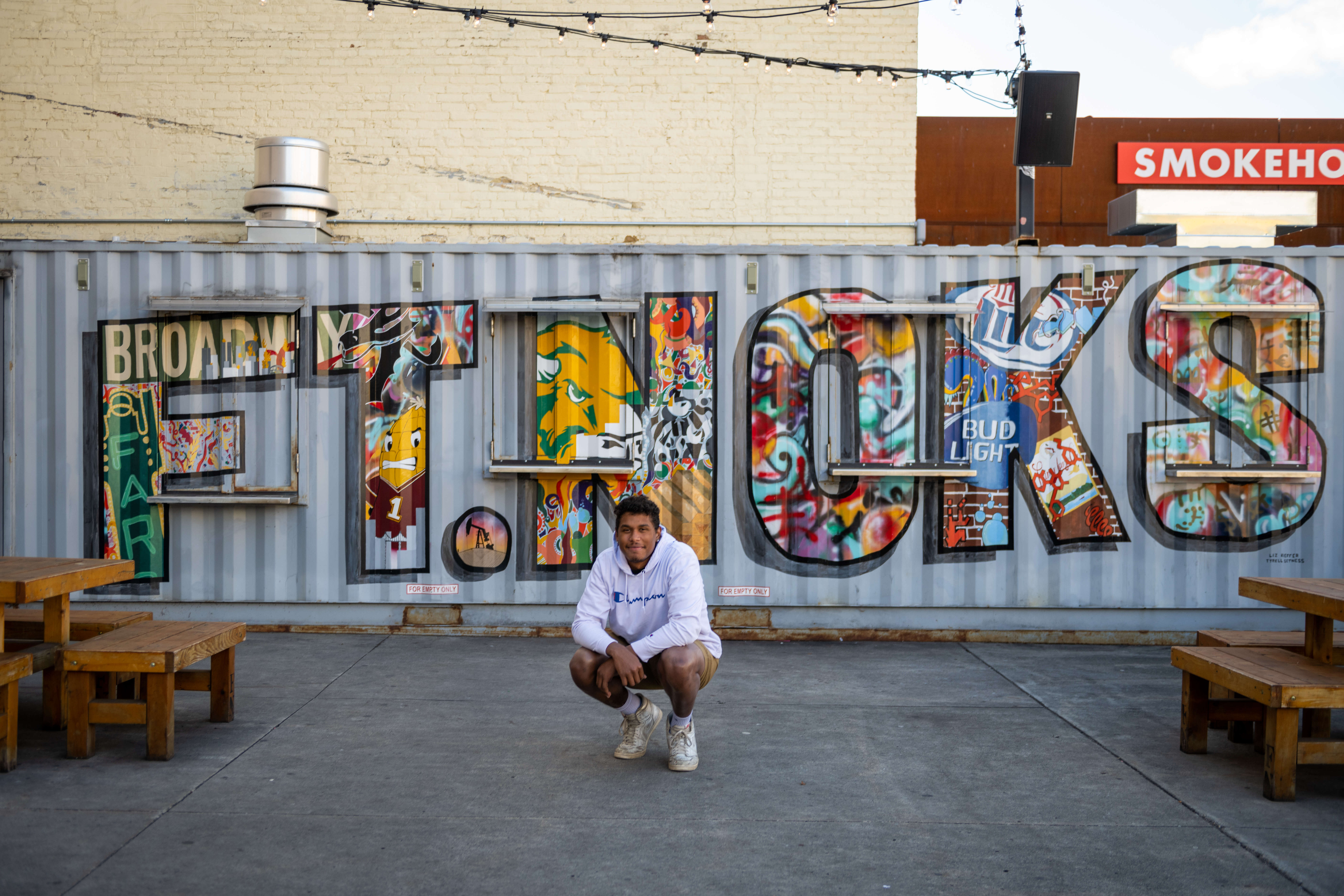 Liz Kieffer and Cobber Tyrell Setness ’21 are the artists behind this mural located on the north side of Fort Noks in Fargo. Within each letter of “Ft. Noks” are different images and symbols relevant to the history of the Fargo-Moorhead community. 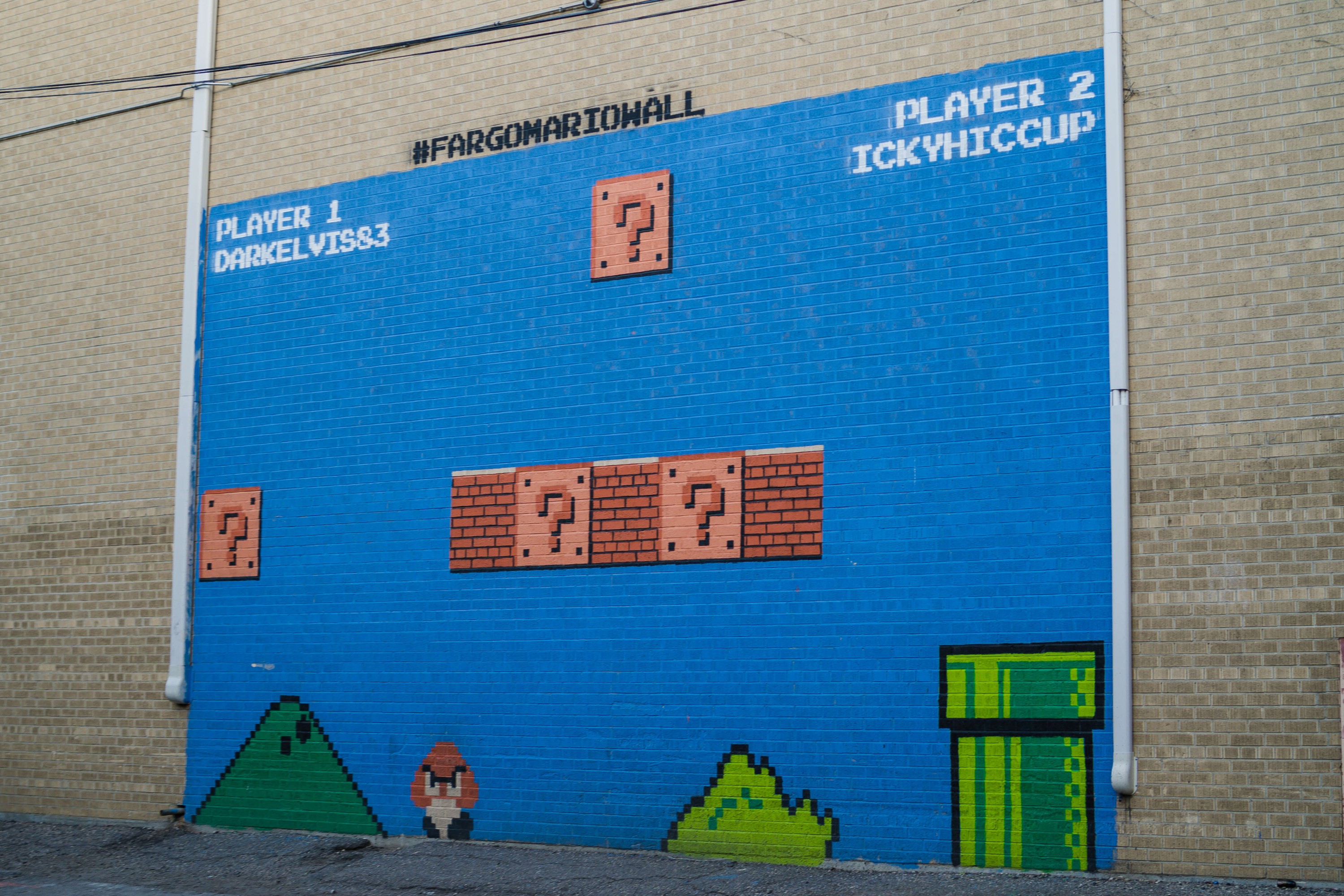 Alley next to the Pickled Parrot on Third Avenue North, Fargo

Looking for another great spot to take your friends or family members for a fun photo opp? Head to the alley behind the Toasted Frog on Broadway to find this life-sized gaming gem by John Atkinson and Lauren Starling. 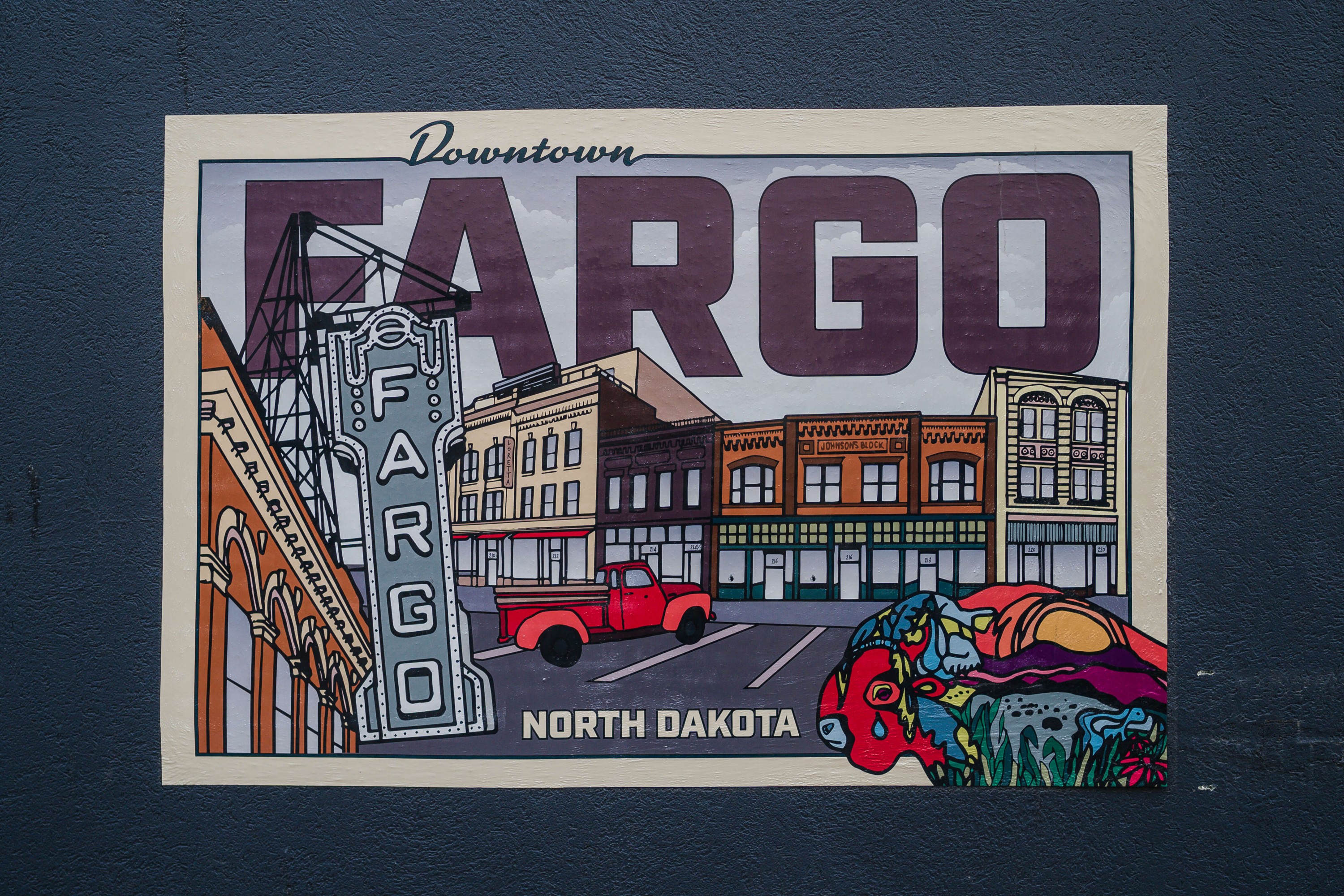 Forget sending a postcard – here’s a great spot to take a picture to send home! Get your roommate or new Cobber friends to join you in snapping a photo in front of this postcard mural by graphic designer Allyson Gaughuan.