For Kali Vinson ’19, studying abroad was everything everyone said it would be and more. 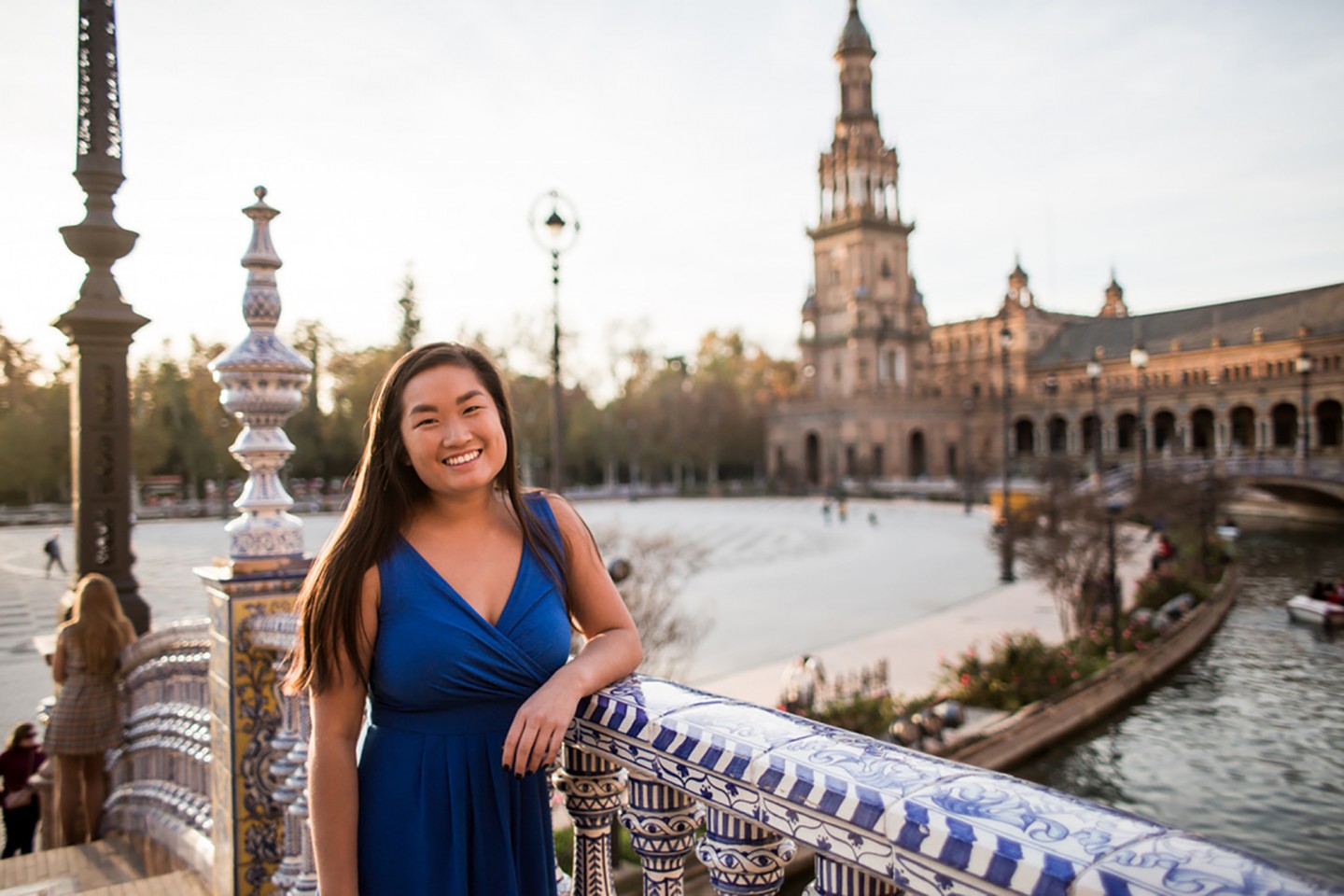 I think the majority of people who have had a study away experience can agree that studying abroad was one of the best decisions they’ve ever made. I studied abroad for a few reasons:

So with help from the Global Learning staff, I applied and was approved to study abroad for fall semester 2018 in Seville, Spain. 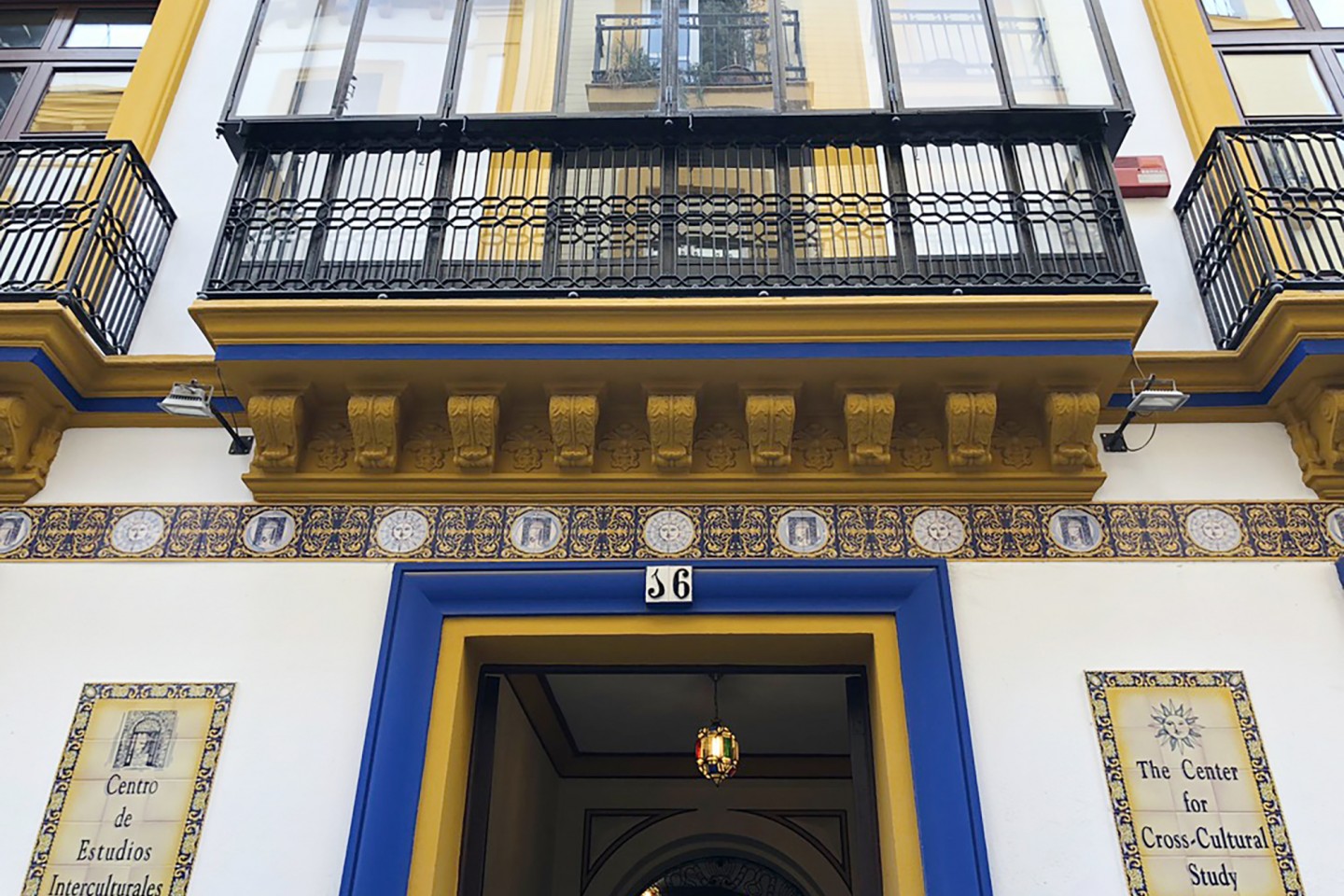 The Sevillano language is really unique. I have been studying Spanish since kindergarten and consider myself to be fluent, yet I still found it difficult to understand because the city has its own language with a different dialect, accent, etc. But even if you can’t understand it completely, Spanish is a beautiful language and can be picked up easily.

Coming from a picky eater, studying abroad in a city or country where the food is completely different than what you’re used to is a challenge. But hey, that’s part of the experience. Since my regular diet consists of Flamin’ Hot Cheetos, the Spanish food seemed a little bland. I did, however, order 14 bags of Flamin’ Hot Cheetos from a sketchy website in the middle of the semester to make up for that. Don’t get me wrong, Spain had other foods I was willing to try. After figuring out what I did and didn’t like, I came to the conclusion that my favorite Spanish dishes are tortilla de patata (potato omelet), berenjenas con miel (eggplant with honey) and, of course, churros con chocolate (no explanation needed). 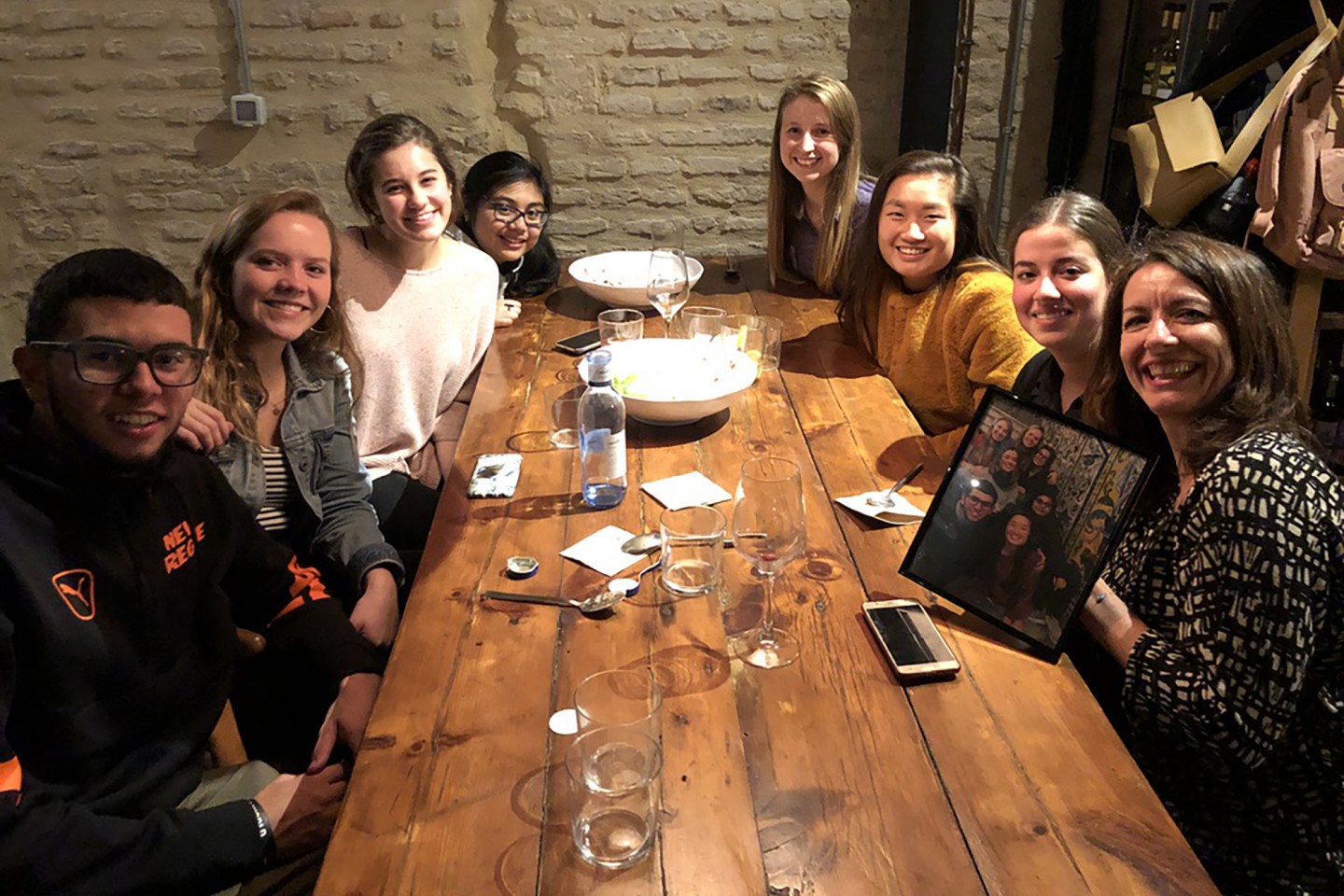 Your academic experience depends on the program you choose. International Studies at Universidad Pablo de Olavide in Seville was the only program that offered all of the classes and internship opportunities I needed to stay on track for graduation and it turned out to be a great option.

The people were, by far, the best part of my study abroad semester, as is the case with most experiences.

My host family made the biggest impact on me. Growing up in a single-parent, zero-sibling/pet household didn’t really prepare me for what I was going into: a host mom, host dad, two host brothers (one with a girlfriend; the other with a wife and daughter), three host sisters (two with boyfriends; one with a husband and a son), three (very loud) dogs, and two tatas (housekeepers). All 19 of them welcomed me and my roommate, who was also from the U.S., with open arms. They were always patient and generous with us. I could honestly write a novel just about them.

The Global Learning Office connected me with the best program called Spanish Studies Abroad. Their Seville location is in El Centro, the heart of the city. It was just 5 minutes away from my homestay and, if not too busy, another 5 minutes down La Avenida de la Constitución to the metro. The staff there is so supportive and will give you academic, personal, and/or cultural help and recommendations. It’s also through this program where I met all my best friends! 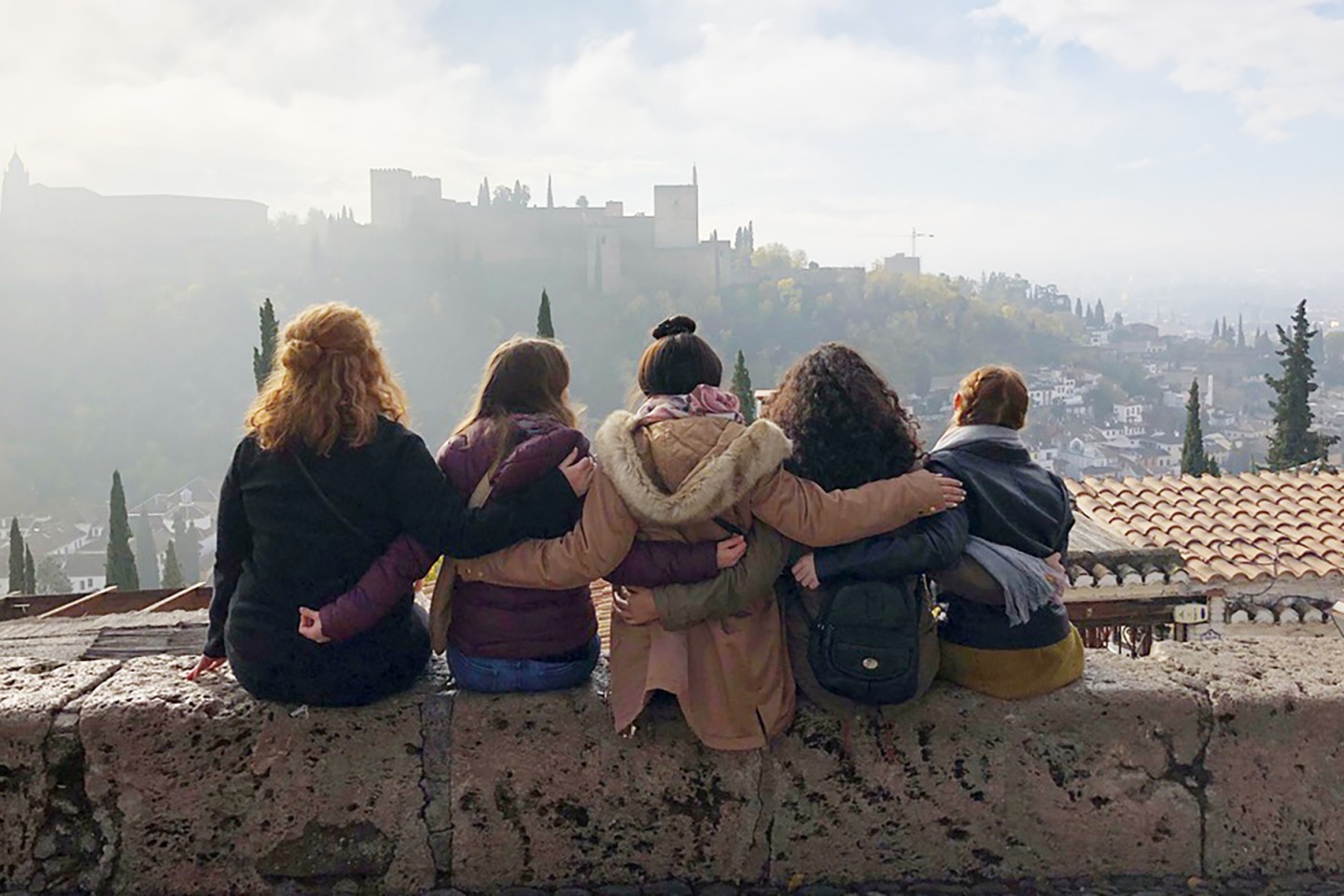 Spain has a very different culture than the U.S. I’m pretty sure I didn’t get over my culture shock until weeks before I had to leave. Some of the things I learned include:

Being around the locals is what made the experience feel “real.” Although my classes were taught in English, at all other times I was surrounded by locals. Interacting with people who speak the language that you’re studying is the best way to fully immerse yourself in the culture.

Traveling was one of my favorite parts about studying abroad in Europe because it’s cheap and easy to do. What made it even easier was not having classes on Fridays (hello 3-day weekend). Once you set the perfect date and time, all you have to do is get a group of people together (or even just yourself), find a mode of transportation (plane, train, or really any automobile), and book accommodations (hostel, Airbnb, etc.). Then you’re ready to go! My advice would be to travel as much as you can, but don’t forget to explore the city and country that you’re studying in because you don’t want to miss anything. 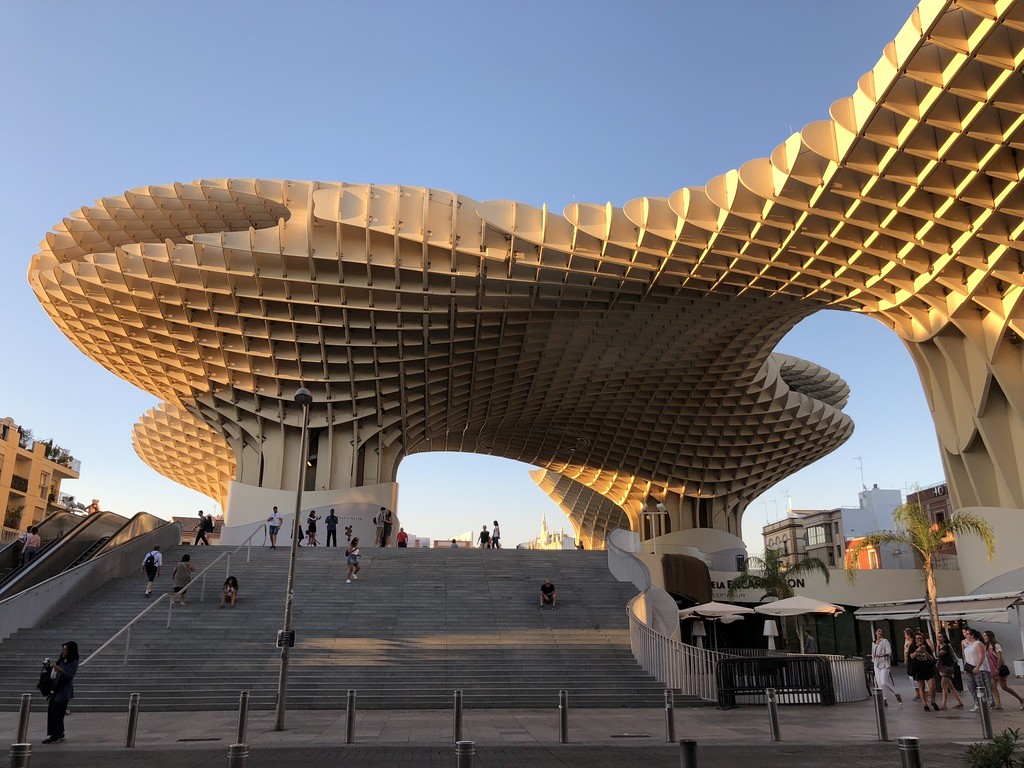 One last thing that is truly unique to the city of Sevilla is its own little saying: “NO8DO,” an abbreviation for “no me ha dejado.” In English, that translates to [Seville] “has not left me.” The saying really resonated with me because even though I had to physically leave Seville, it has not left me emotionally. It has been more than three months since I left, but I would go back in a heartbeat.