Jenna Collins ’16 applied both of her majors, heritage and museum studies and history, toward an internship at the Smithsonian in Washington, D.C.

As I was finishing up my time at Concordia, like many of my fellow graduates, I wasn’t exactly sure what I was going to do once I left the place I had called home for four years. I first became interested in internships at the Smithsonian in Washington, D.C., during my final months as a Cobber. I knew that I needed to build on my history and museum studies degrees with some hands-on experience, and an internship is one of the best ways to do that.

I was lucky enough to get a summer internship very close to my Cobber home as a collections intern with the Historical and Cultural Society of Clay County. My time at the HCSCC was fantastic, and I learned so much about caring for museum collections. In June, I decided I would try for a fall internship at the Smithsonian and sent in my submission on their online application system, along with letters of reference graciously written by my former professor, Dr. Joy Lintelman, and Concordia archivist Lisa Sjoberg.

Later in August, I was surprised and a bit confused to see my phone ringing with a phone call from Washington, D.C., when it suddenly occurred to me who that might be! Two phone interviews later, I was so happy to accept an internship position at the Smithsonian National Museum of American History in their Division of Home and Community Life.

Moving across the country to a completely different city for four months was a bit daunting, but my excitement far outweighed any nerves. Preparations included finding a place to live, filling out all the necessary forms, submitting my fingerprints for a background check – and packing my car for the long drive out East. Three weeks later and with the help of my parents, I settled in to my new home.

On the first day of my internship, I got up bright and early to make the commute on the metro to the National Mall, where the National Museum of American History (also known as the NMAH) is located. In the phone interviews with my supervisor, associate curator Debbie Schaefer-Jacobs, I had heard a little bit about what projects I might be working on and I was excited to get started. After some orientation with the other museum interns, Debbie took her other intern, Amy, and me to show us what we’d be working on for the next four months.

As a curator in the Division of Home and Community Life, which focuses on the history of the intersection between private and public life in the United States, Debbie is responsible for the Education Collections in the museum, as well as the museum’s collection of 19th-century lithographic prints. Amy and I spent our time primarily working with objects from the Education Collections – cataloging historical objects into the museum’s database, including measuring, describing and photographing the object. We spent the most time in the storage and processing rooms where the objects are stored, carefully handling each object with gloves, including things like old kindergarten blocks, desk patents and 100-year-old rewards of merit (which I was able to write a NMAH blog about – keep an eye out for that post on their social media!).

The Division of Home and Community Life’s fantastic staff guided us along the way. There was always someone there willing to help us learn. Along with our cataloging project, Amy and I had the opportunity to attend meetings with Debbie, which gave us an inside look at how a museum as large as the NMAH works on a day-to-day basis. We were also lucky to get an inside look at new exhibits that the museum is planning.

My experience at NMAH was incredibly valuable to my career in the field of museums. The chance to work with some of the best museum staff, curators, and collections managers in the country was an amazing opportunity, as well as being able to work with some of the incredible historical objects that the Smithsonian cares for. Being a Smithsonian intern definitely had its perks – we were able to go on “field trips” to visit other museums around D.C. and got behind-the-scenes tours of storage spaces. I was also lucky enough to visit the Smithsonian’s new National Museum of African American History and Culture before it was open to the public and got to see President Obama speak at its grand opening ceremony. Four months of cataloging objects, attending meetings and experiencing Washington, D.C., went much too fast. 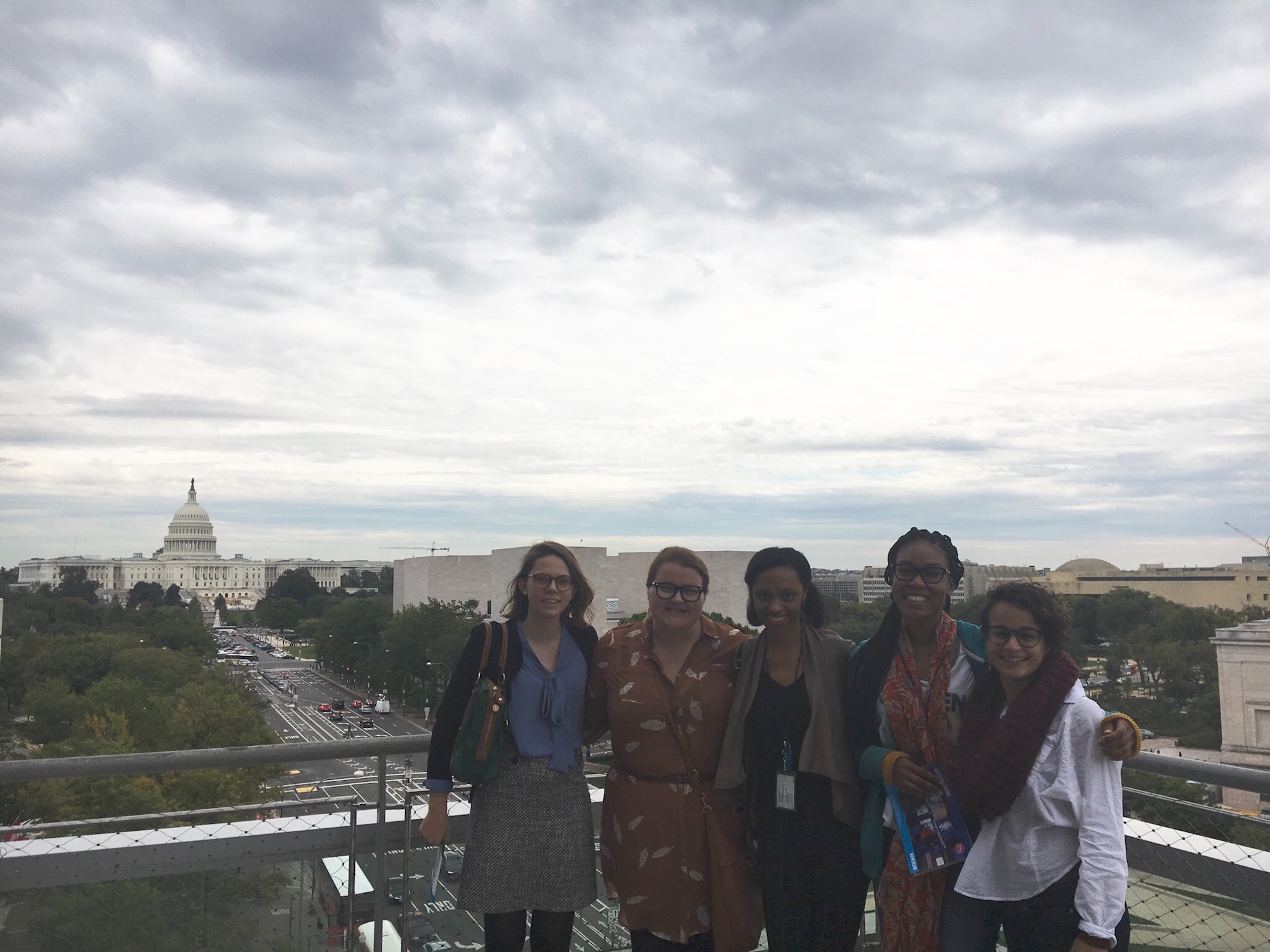 I’m so grateful to all the people who supported me while I was out East: my parents, my friends, and my professors at Concordia, whose lessons gave me the confidence to apply to the Smithsonian in the first place. My postgraduation journey is still a work in progress, but my experiences in Washington, D.C., have given me the knowledge I need to continue my career wherever it takes me.