Why do you study psychology and French at Concordia?

I think mental health is really important and it’s something I’m passionate about. I initially wanted to pursue sports psychology because I love athletics, and mental health in athletics is so important. But now I’ve decided to pursue school counseling, which I’m so excited about. Being able to get more involved with kids through Concordia’s on-site early childhood center, Cobber has been awesome and being able to do that while teaching French has been a great opportunity.

I began taking French because of the required two semesters of a language and now I love it. We studied a lot of cultural information along with the language itself in my first year. It made me realize how many countries speak French, and where I’m from is actually close to a region of Canada where they speak French. It’s really cool knowing how close the language is to my own home. 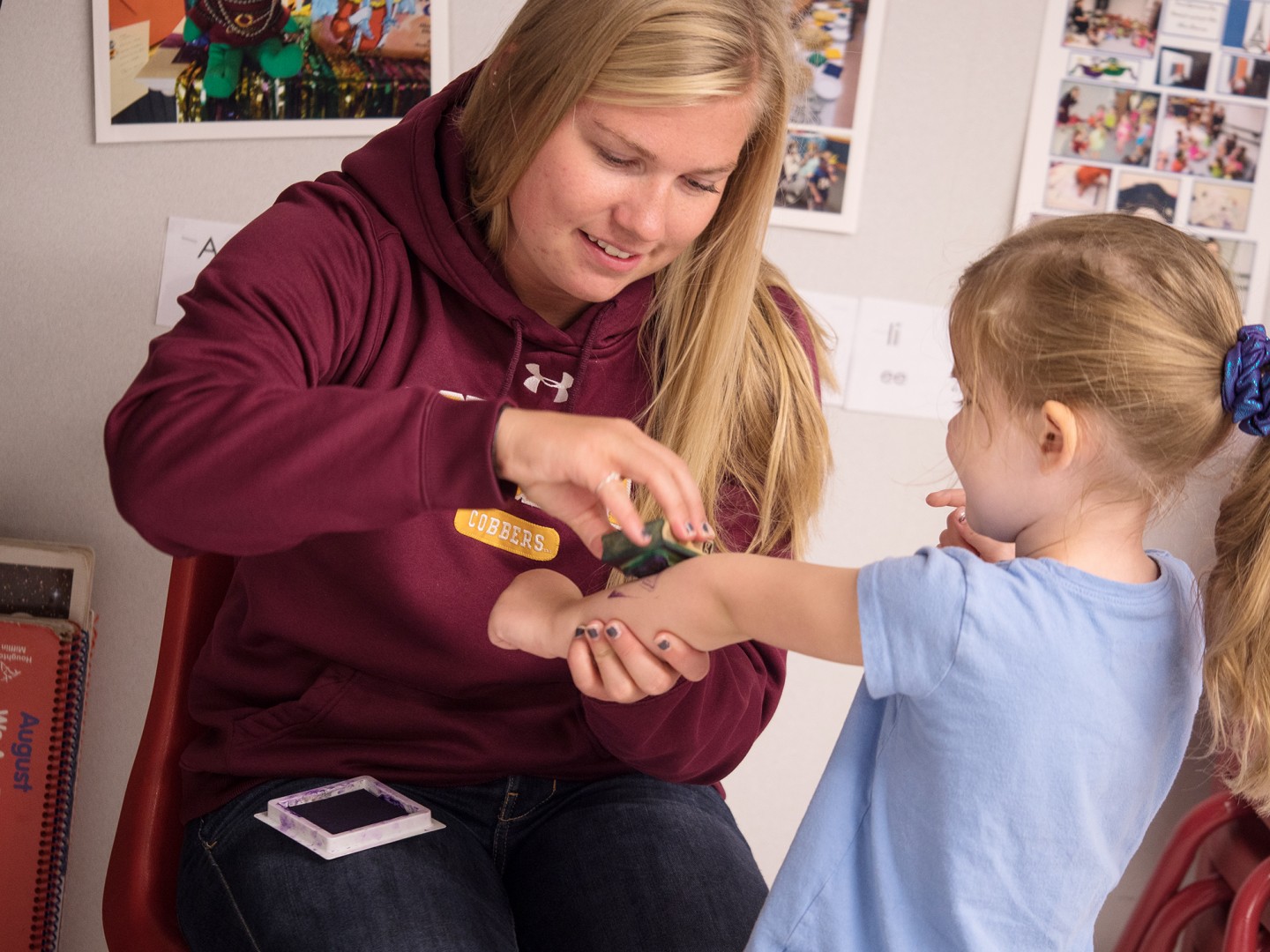 What stood out to you about this opportunity with Cobber Kids?

I did work-study at Cobber Kids throughout the school year and I loved it, so when I was looking for summer work I asked about their full-time summer positions and they told me I had the position if I wanted it, and I definitely did. I loved it; the days went by so fast and the kids were great.

Can you give an example of something you’ve worked on with the kids?

In the mornings we worked on “  plaît” (please) and “merci” (thanks), so when I’d serve them breakfast I’d have them say “cereal,   plaît” followed by “merci.” They picked it up really well and I’d hear them saying “pass the milk,   plaît” to their friends, which is so fun to hear.

How has Concordia prepared you for this hands-on experience?

I’ve done a lot of independent learning when it comes to French to make sure that in the classroom I present it to the students in the best way possible for them. I have been teaching on my own a lot, so it’s made me more independent and has allowed me to accomplish so much on my own, which has been very rewarding especially with the kids. 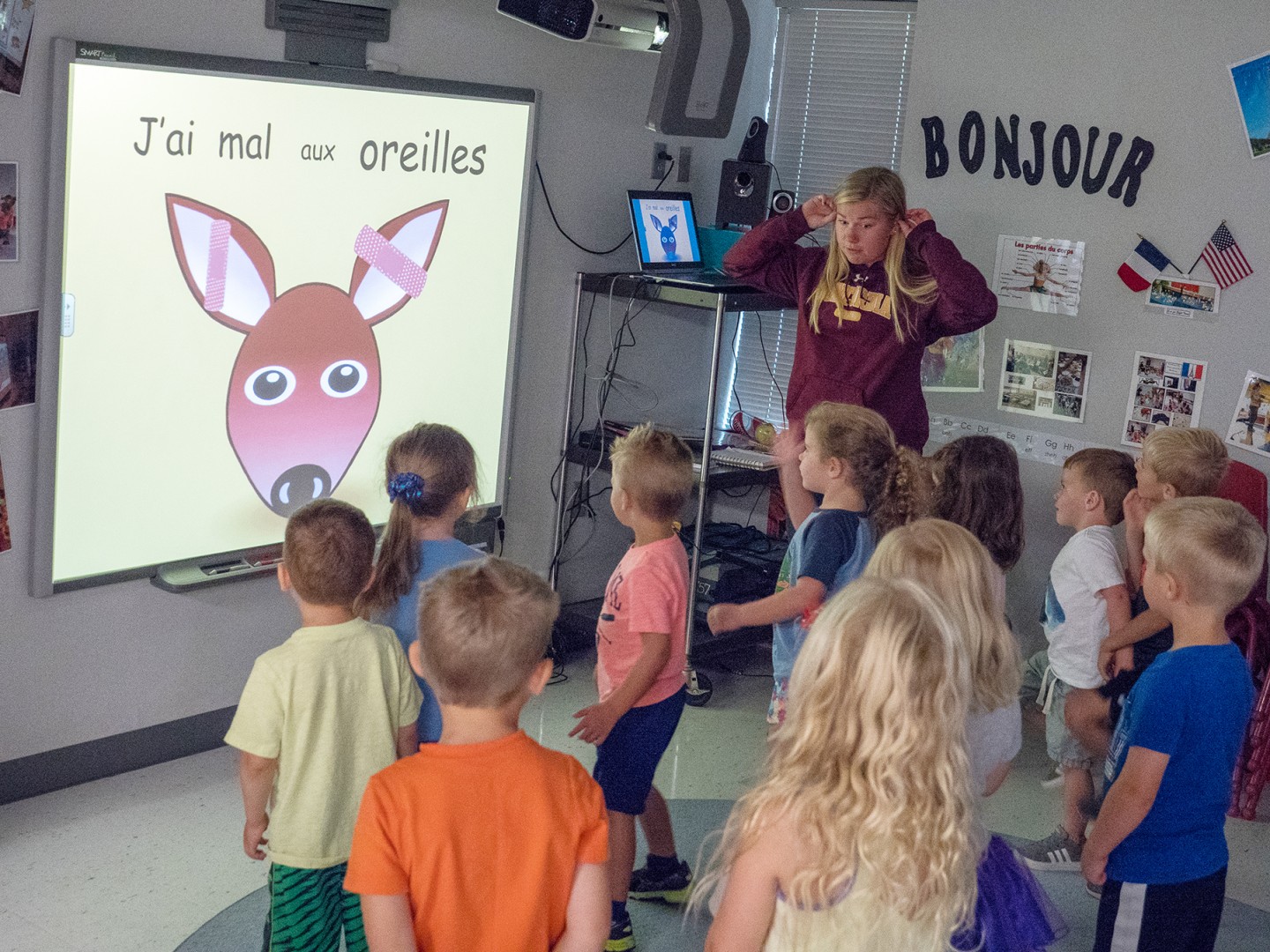 Have you had any mentors or special professors during your time here?

Dr. Kristen Ford, who was my advisor when I came to Concordia initially as a physical education major, was great. She helped me through my change of major and even though she is passionate about physical education, she didn’t discourage me wanting to change my major to psychology. She encouraged whatever made me happy and that was what I needed as a freshman.

What other experiences and extracurriculars have you participated in?

I played volleyball my freshman and sophomore year and I’m actively a part of Dance Marathon. I hope to go to Haiti during Fall Breakaway with the French 211 class. 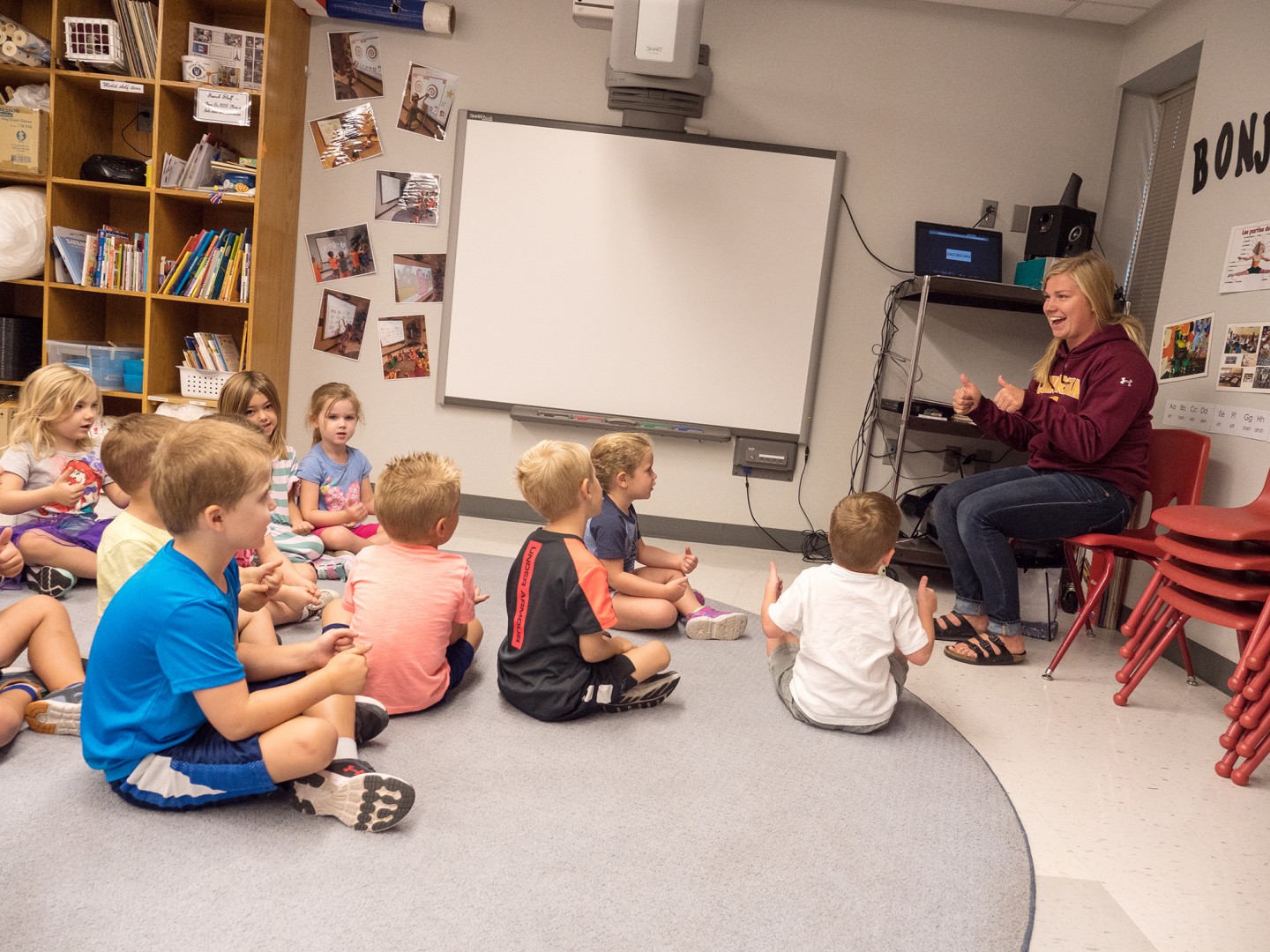 What has been a highlight of your college career?

What advice would you give a prospective student?

Make friends with your and don’t be afraid to try something new!