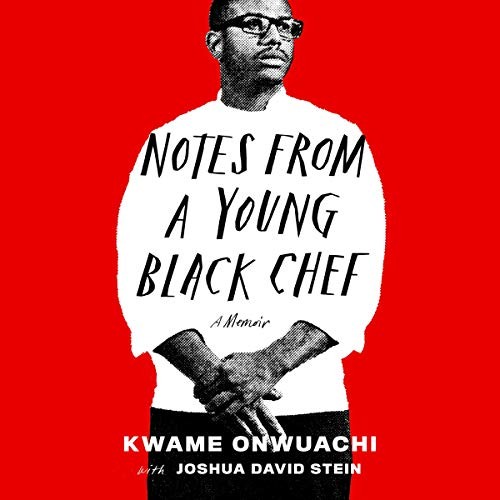 The Campus Book Read for 2020 will be “Notes from a Young Black Chef,” an award-winning memoir by Kwame Onwuachi, executive chef of Washington, D.C.’s popular restaurant Kith/Kin.

“Notes from a Young Black Chef” is an excellent campus read because of its connection to the 2020 Faith, Reason, and World Affairs Symposium theme, “Food for Good,” as well as its themes of diversity, vocation, and perseverance. We hope that everyone on campus picks up the book in the coming months and that faculty consider adding it to their course book lists for fall 2020. “Notes from a Young Black Chef” is available at the Cobber Bookstore for purchase at a 20% discount.

Onwuachi turned 30 years old in November 2019 and was named one of Food & Wine magazine’s Best New Chefs of 2019 and Esquire’s Chef of the Year 2019. At the 2019 James Beard awards, Onwuachi was named Rising Star Chef of the Year for 2019. “Notes from a Young Black Chef” is a final round nominee for Good Reads Best Food and Cookbooks of 2019 and on NPR’s Best Books of 2019 list. “Notes from a Young Black Chef” is Onwuachi’s first book and it is being made into a film starring Lakeith Stanfield.

Penguin Random House, the book’s publisher, describes it in this way: By the time he was twenty-seven years old, Kwame Onwuachi had opened — and closed — one of the most talked about restaurants in America. He had launched his own catering company with twenty thousand dollars that he made from selling candy on the subway, yet he’d been told he would never make it on television because his cooking wasn’t “Southern” enough. In this inspiring memoir about the intersection of race, fame, and food, he shares the remarkable story of his culinary coming-of-age. As a young chef, he was forced to grapple with just how unwelcoming the world of fine dining can be for people of color, and his first restaurant, the culmination of years of planning, shuttered just months after opening. A powerful, heartfelt, and shockingly honest story of chasing your dreams — even when they don’t turn out as you expected — “Notes from a Young Black Chef” is one man’s pursuit of his passions, despite the odds.