Students from the film study programs of Concordia College and Minnesota State University Moorhead were treated to a visit from one of most notable special effects cinematographers on March 22. Fargo native Richard Edlund met with students on Concordia’s campus and answered questions for about an hour as part of his visit for the Fargo Film Festival.

Edlund’s work has influenced dreams of thrilling adventures and visions of possible futures across generations. With credits on monolithic pop-culture touchstones like the original “Star Wars” trilogy, “Indiana Jones and the Raiders of the Lost Ark,” “Ghostbusters” and “Poltergeist” – to name just a few – Edlund’s hand has crafted some of the most memorable scenes in film.

“It’s always been my dream to bring someone from the original “Star Wars” films to Fargo for the film festival and expose students to that experience,” Carlson said.

That Edlund is a Fargo native and a role model who inspired Carlson’s own passion for film in addition to playing such a pivotal role in the original “Star Wars” films is icing on the cake.

During his visit, Edlund shared anecdotes from his long career working on iconic films and offered wisdom for film studies students weighing futures in the industry.

In addition to stories about shooting pool with Harold Ramis between scenes on the set of “Ghostbusters” and Steven Spielberg’s welcoming approach to directing, Edlund shared the key to success in the film industry: hard work.

“Keep your nose on the grindstone. Focus on what you’re good at and get as good as you can, then be persistent,” Edlund said.

Equally as important, particularly in the realm of special effects cinematography, is the ability to solve problems and get creative.

“When you paint yourself into a corner, you have to invent yourself out of it. Cheat if you have to and if you can do it cheaper, the producers will love you.”

Edlund’s return to Fargo concluded with a feature slot at the Fargo Film Festival, hosted at the historic downtown Fargo Theatre, where he described the process of crafting iconic scenes from his career as they played on the big screen. 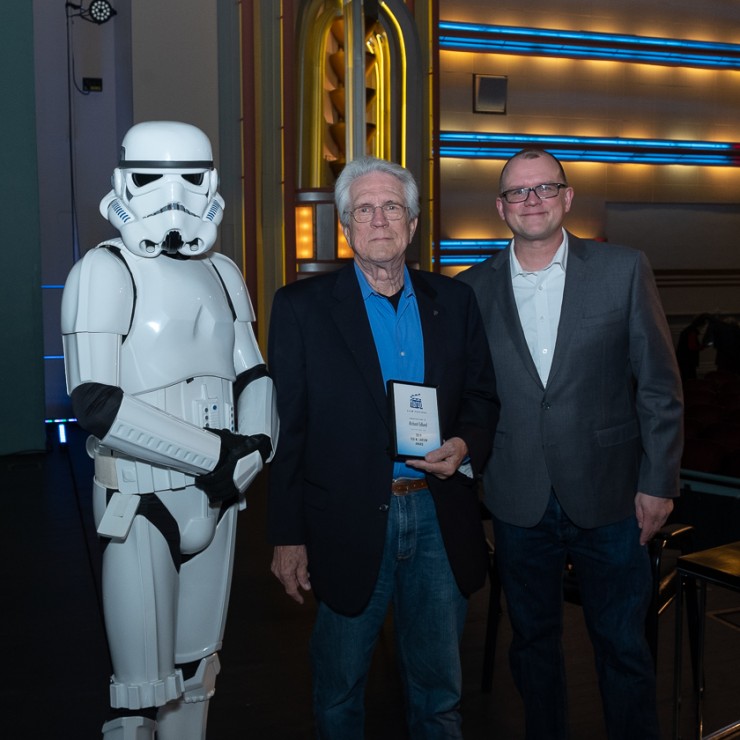