The cover artist of the prestigious International Piano magazine, Dr. Grigor Khachatryan is recognized worldwide as one of the most preeminent pianists of his generation. His newly released CD set with Albany Records, “Spirit of Freedom,” featuring his own two large-scale virtuosic piano sonatas, has garnered instant rave reviews from numerous internationally reputable music critics and has earned the CD the cover spot of Fanfare magazine. 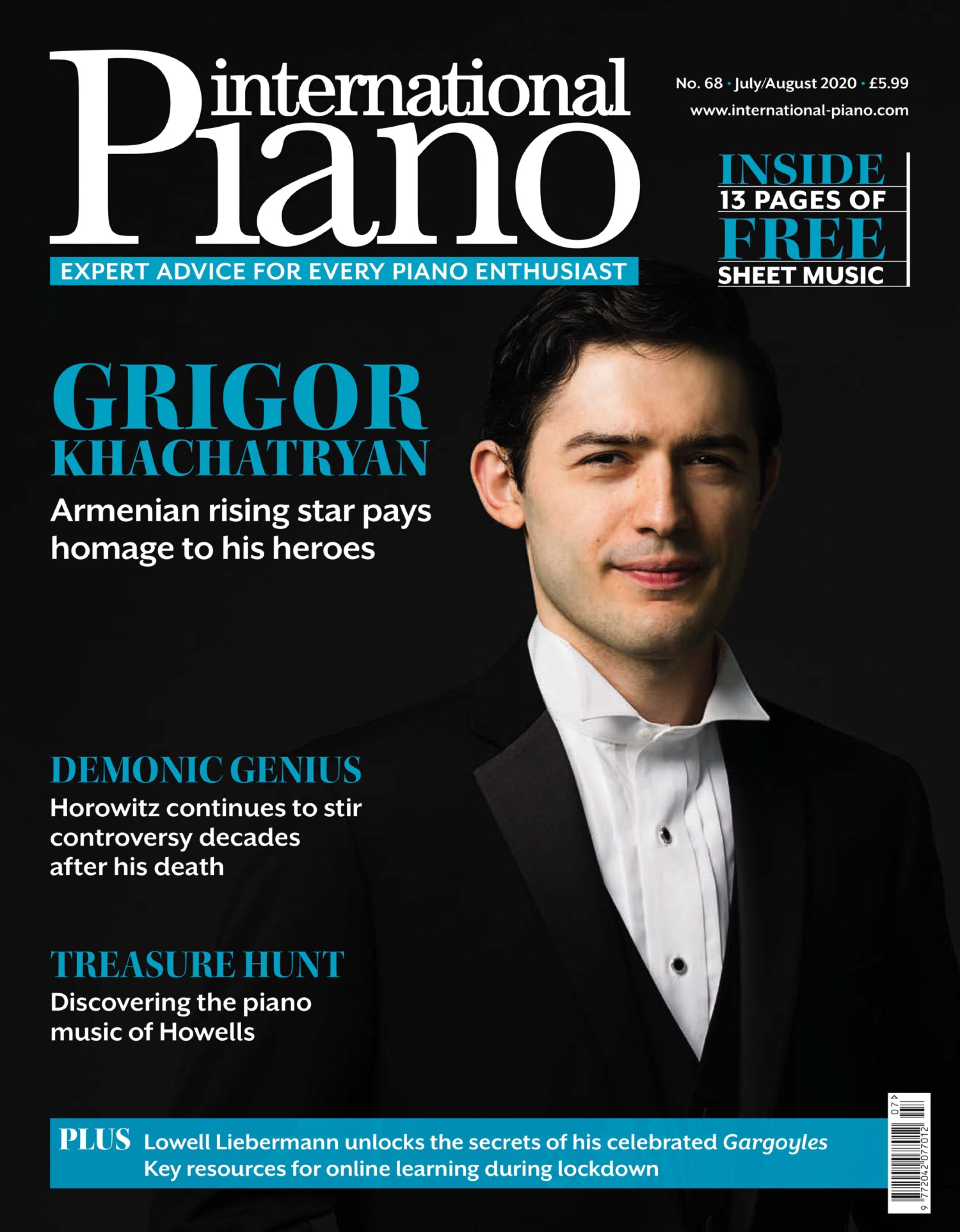 Born in Yerevan, Armenia, Dr. Grigor Khachatryan began his musical studies at Barsej Kanachyan’s Music School of Yerevan. Shortly thereafter, Khachatryan moved to the United States and continued his musical development at the esteemed Jacobs School of Music at Indiana University under the tutelage of distinguished professor of piano, Luba Edlina-Dubinsky, where he earned his bachelor’s, master’s, and performer diploma degrees. In addition, Khachatryan holds a doctorate degree in piano performance, composition, and music theory from the Jacobs School of Music where he also served as junior faculty of piano during his graduate studies.

Khachatryan’s repertoire is populated with the brightest gems of the concert piano repertoire spanning from the Baroque to the Modern eras. Khachatryan made his debut in Carnegie Hall with a special invitation from the Armenian General Benevolent Union of New York City. Recent concert tours include a national appearance with the Concordia Orchestra performing Rachmaninoff’s 3rd Piano Concerto and an international tour as a soloist in Shanghai, China.

The associate professor of piano at Concordia College, Khachatryan also serves as the chair of the keyboard area and the director of the annual Concordia Piano Festival. Although he is a sought-after concert artist, Khachatryan is equally devoted to teaching and has traveled extensively as a clinician and lecturer.

“The 1st prizewinner, Grigor Khachatryan, is no stranger to the performing arts stage. During the concerto performance he seemed to lead the audience with him as he went from double pianissimo to double forte … and back.” – Al Walker, Times Mail

“The piano language in the two works is original and imaginative… The composer at the piano knows how to present his creations: Without effort he masters the intricate, sometimes polyrhythmic challenges of the works and otherwise convinces with atmospheric performances.” – Remy Franck, Pizzicato

“Like all of Khachatryan’s music here, the music poses many technical challenges … performed with aplomb by the composer.” – Colin Clarke, Fanfare

“There’s no doubt about the composer’s passionate espousal of freedom, and it’s fair to describe the ethos of the sonatas as Armenian patriotic music. Both works rely on surprisingly traditional Classical forms, expressing late Romantic and mainstream 20th century eclecticism. They’re dramatic, big-boned scores which make considerable pianistic demands on the performer. Khachatryan rises to his own challenges with readings that are exciting and tonally rich, captured in clear, bright sound.” – Andy Hamilton, International Piano

“Grigor Khachatryan is undoubtedly a talented pianist and a deep composer. From the first chords you may think Beethoven has reappeared in modern clothes as allure... There is neither minimalist gesture in the script nor avant-garde, no twelve-tone, no pointillist style or jazzed up with the sonorities of the latest electrical instruments. Musical ideas appear gradually as there is no terror of synthesized expressions. Grigor Khachatryan can afford the luxury of expressing himself in broad, generous phrases, leisurely, because he has the suitable means.” – Marina Nedelcu, Radio România Muzical

“Khachatryan’s strong technical training is evident in his forcefully confident execution. The music’s persistence in my memory, along with the vividly imagined scenarios it inspired, indicates that, to me at least, Grigor Khachatrayn has accomplished his aim of creating a fusion of art, history, and legend that’s worth hearing.” – Robert Schulslaper, Fanfare

“The recording, which Khachatryan himself oversaw, is excellent, with space around the piano but not so much as to lose clarity. I think that any collector with a taste for Romanticism will find this disc a very pleasant listening experience.” – Henry Fogel, Fanfare

“Khachatryan has embraced fairly traditional standards of Classical form and wedded them to an eclectic array of late Romantic and mainstream 20th century styles and modes of expression that make for a very beautiful sonata, and a riveting one that holds the attention for its entire duration. That, in itself, is an exceptional accomplishment for only the young composer’s second opus. This listener’s attention was held unflagging for 42 minutes, and that is testament to a structural integrity occasionally lacking even in some later works by some of the greatest and most famous composers.” – Jerry Dubins, Fanfare