On March 9, 2020, Ben O’Donnell was admitted to Fairview Health in Minneapolis and quickly placed on life support. At this point in the pandemic, Minnesota hospitals had just gained the ability to test for COVID-19 through the Department of Health and O’Donnell became Minnesota’s first critical case. 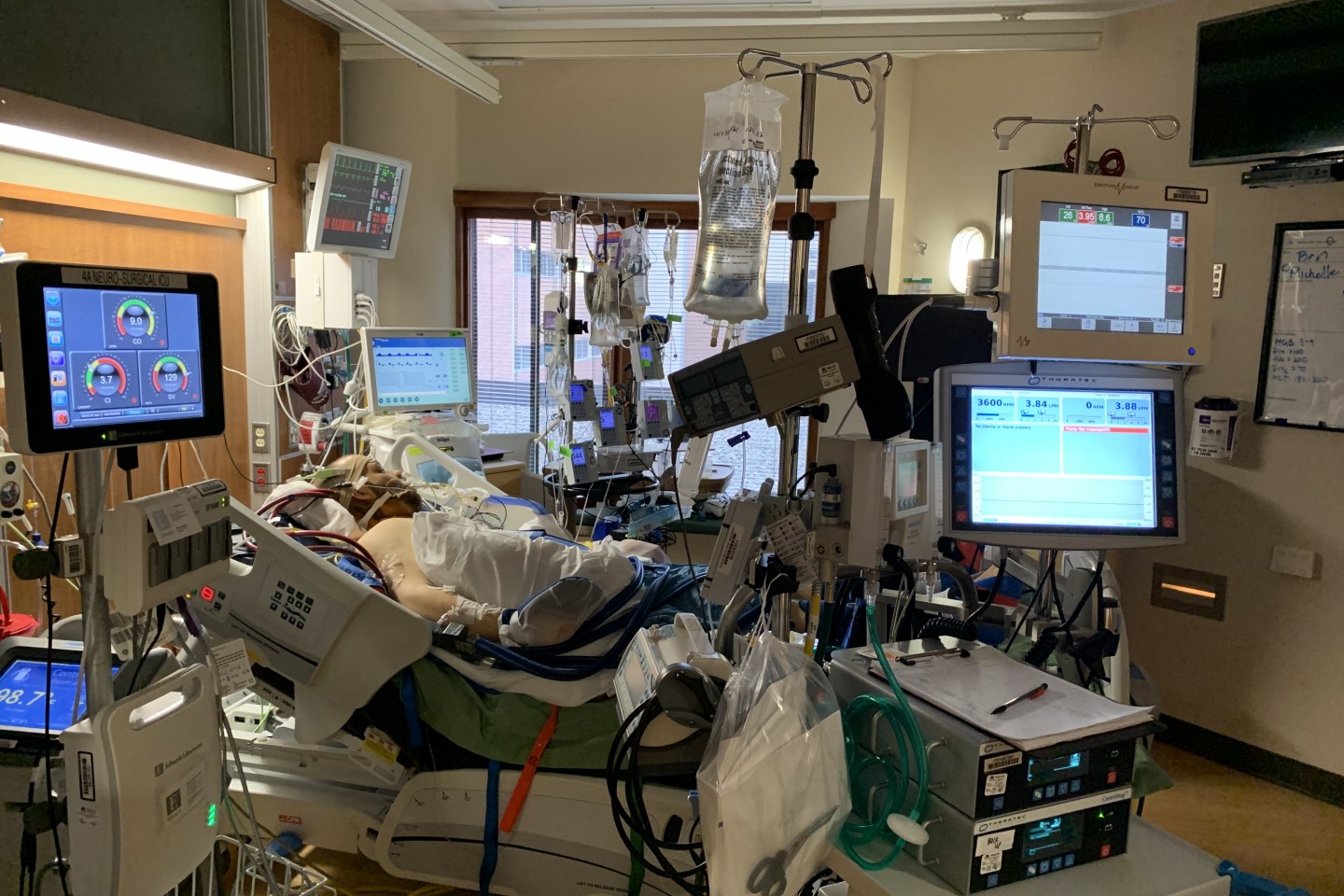 O’Donnell hooked up to life support

With his lungs filled with fluid, he was put on ECMO (extracorporeal membrane oxygenation) and had a 50% chance of surviving. After a month of fighting, O’Donnell regained consciousness and was able to return home on April 6, still severely debilitated. Determined to regain strength, O’Donnell, aided by oxygen and a walker, started the road to recovery. 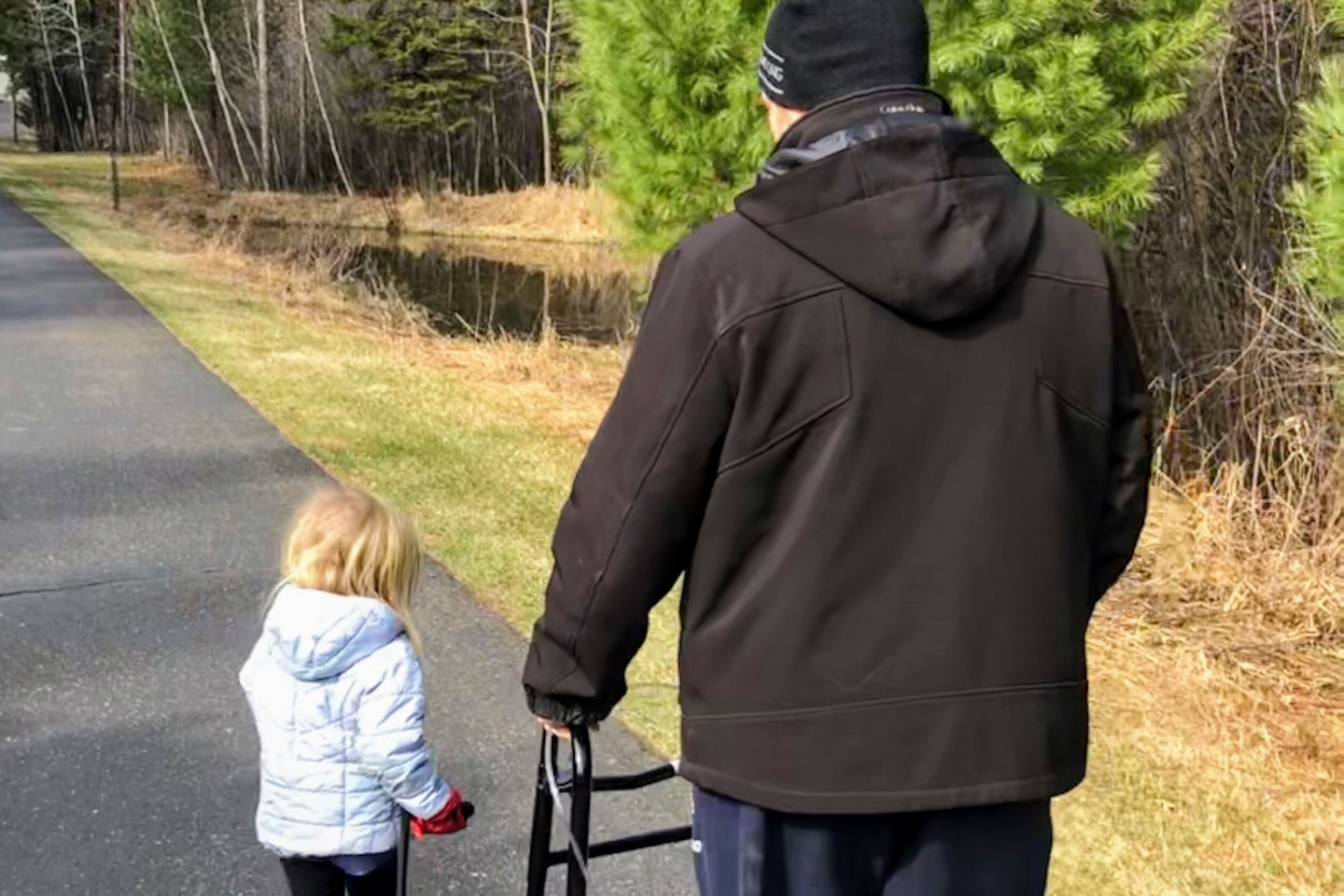 Using a walker, O’Donnell walks with his daughter

Twenty-seven days after he had been discharged from the hospital, O’Donnell made the decision to compete in an Ironman Triathlon and to have his journey documented.

“I remember when Scott Harves, the director from ESPN, came and pitched the idea to us,” O’Donnell said. “I was maybe two or three weeks outside of using a walker at that point.”

Despite only just beginning his recovery process, he was determined to produce a silver lining and be a point of inspiration for others struggling. So, he agreed.

“I said if we could help one person, that’s enough,” he said.

From then on, a camera crew would meet with O’Donnell, capturing him on the stationary bike at his house, running on various trails, and swimming near Paisley Park. Unfortunately, COVID-19 cancellations delayed the dates for racing. Pushing past feelings of disappointment, O’Donnell continued to train.

“I threw myself a nice little pity party for about a week each time [a race was canceled], then it was OK. Even if there’s no race, I had to stay healthy,” he said. “At that time, there were still no vaccine candidates so I was also thinking, ‘how can I get myself in shape so that if I have to go through that hospital stay again I’m going to survive it.’”

After steady efforts to recover, O’Donnell completed a half Ironman in September 2021. Then, finally, on May 23, 2021, he competed in Ironman Tulsa and was a finisher. 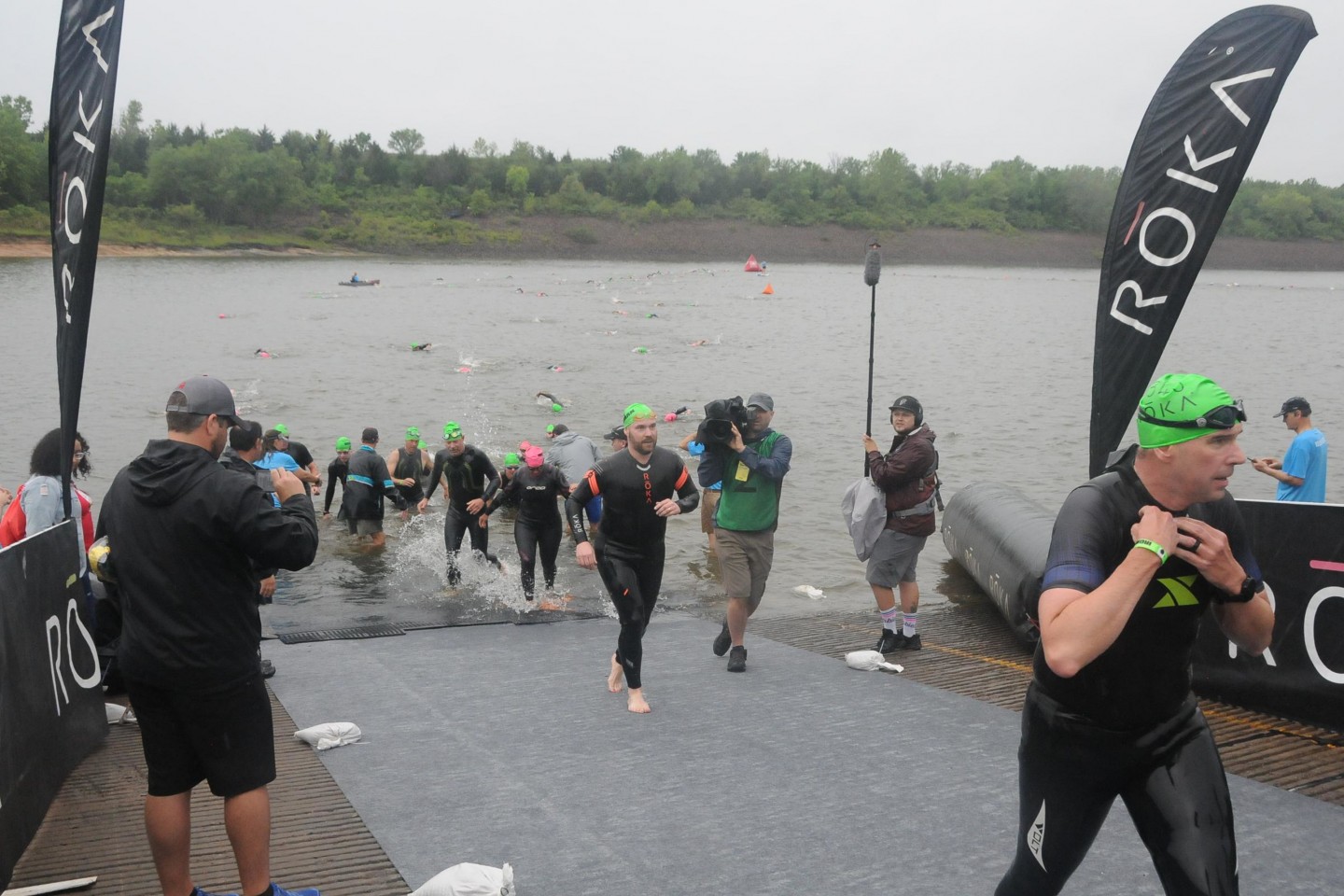 O’Donnell says he is especially grateful to the healthcare workers who helped save his life.

“I gave my finisher’s medal to the staff at Health Fairview,” he said. “It’s still on the floor where I was treated. It’s next to the room where I stayed my month. I think they earned it more than I did.”

Having a chance to reflect on his journey, he is still amazed at the result.

“I will say it’s still surreal,” O’Donnell said. “Being on ESPN and having this big thing and this whole recording, I could never imagine this happening. And still, I don’t know if it did. Sometimes I wonder if it’s a dream of mine and I’m still in a coma at times.”

Dream or reality, he is grateful for the opportunity to provide hope for others.

“I’ve been given a second life,” he said. “What I’ve tried to do since I got out of the hospital is find out what I can do to give back. That’s why I told my story with the documentary to help as many people as I can.”

O’Donnell is now an ambassador for the Ironman Foundation, which seeks to give back to communities and nonprofits that are impacted by COVID-19.

“We’ve given everything from PPE to small clinics, to clothing to a women’s shelter in Madison, Wis., to support for a Meals on Wheels organization in Chattanooga,” he said.

When asked about his alma mater, O’Donnell mentions the feeling of community he had at Concordia.

“They really set up a family for me,” he said. “I took what they gave me, not just what we learned in the classroom, but the personal relationships the faculty built with their students.”

This, in turn, translated into his professional life.

“I only worked for companies that I believed in their mission,” he said. “I think that was a big part of what Concordia gave me in terms of giving back to the world and making that impact.” 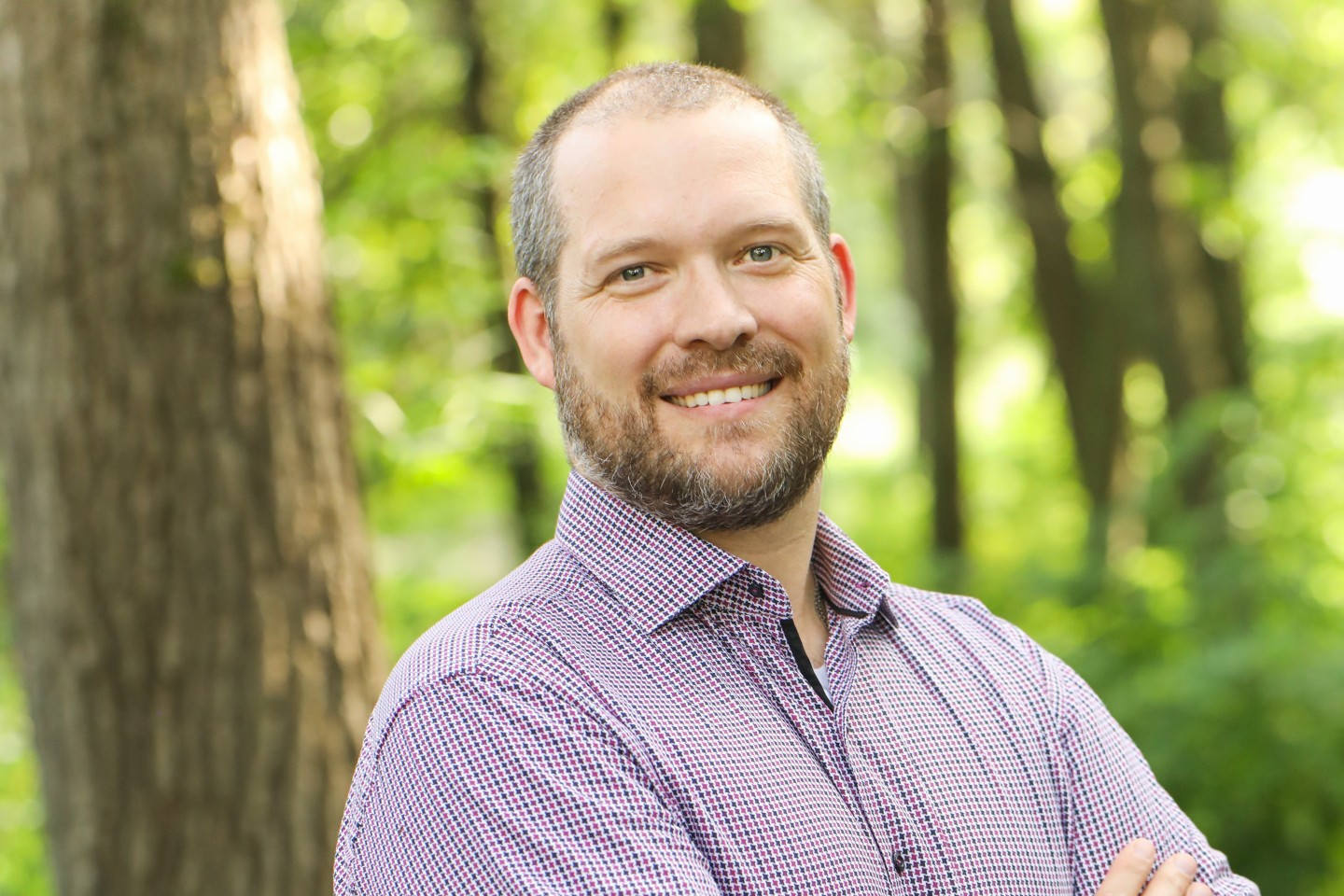 Currently, O’Donnell works as a consultant with Better Tomorrow Consulting and Coaching LLC in New Brunswick, Canada. While living in the Minneapolis area, O’Donnell served in a variety of leadership positions, including a director role at Ecolab, OpEx director at Medtronic, and director of Quality and Continuous Improvement at Kurita America Inc.