To biologists, the supraoptic nucleus is a nucleus of magnocellular neurosecretory cells in the hypothalamus of the mammalian brain.

Sound confusing? Not to Talia Dalzell ’19. To her, the supraoptic nucleus is what took her across the country to present her research at several national conferences. 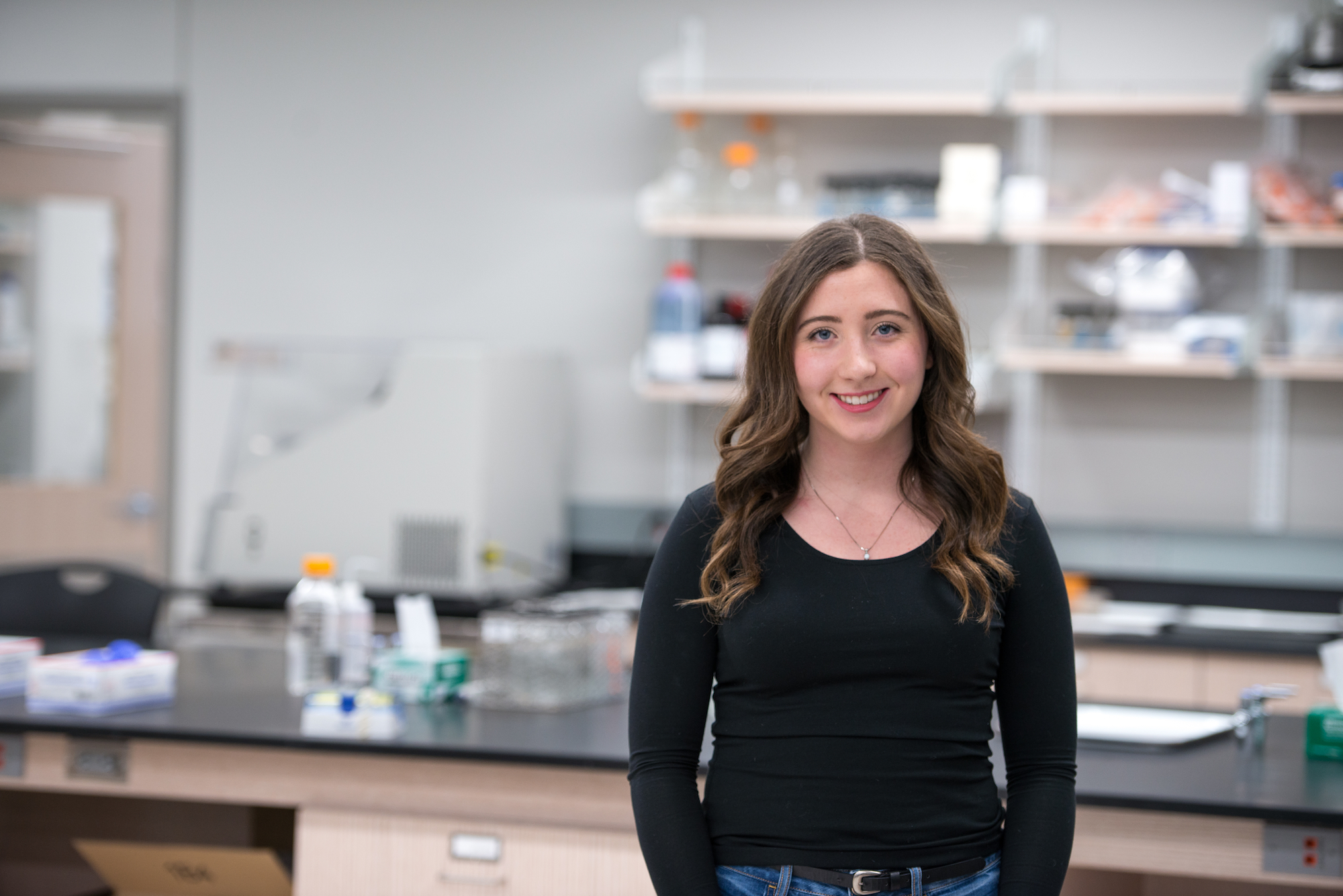 “Understanding how things work scientifically is really interesting to me. It just kind of clicked,” Dalzell said.

Dalzell studies biology at Concordia. She started out as a pre-med major but quickly found that she has a passion for biology.

“I loved science throughout high school and I always wanted to be a doctor as a little kid, but things have changed because my eyes have been opened to a lot more branches of biology and where I can go with a biology major,” Dalzell said.

It was her biology studies that led Dalzell to present her research nationally. Dalzell took cell biology with Dr. Jason Askvig her freshman year, and she knew he was looking for research students for the summer. After applying through the biology department, she was chosen for the research position. 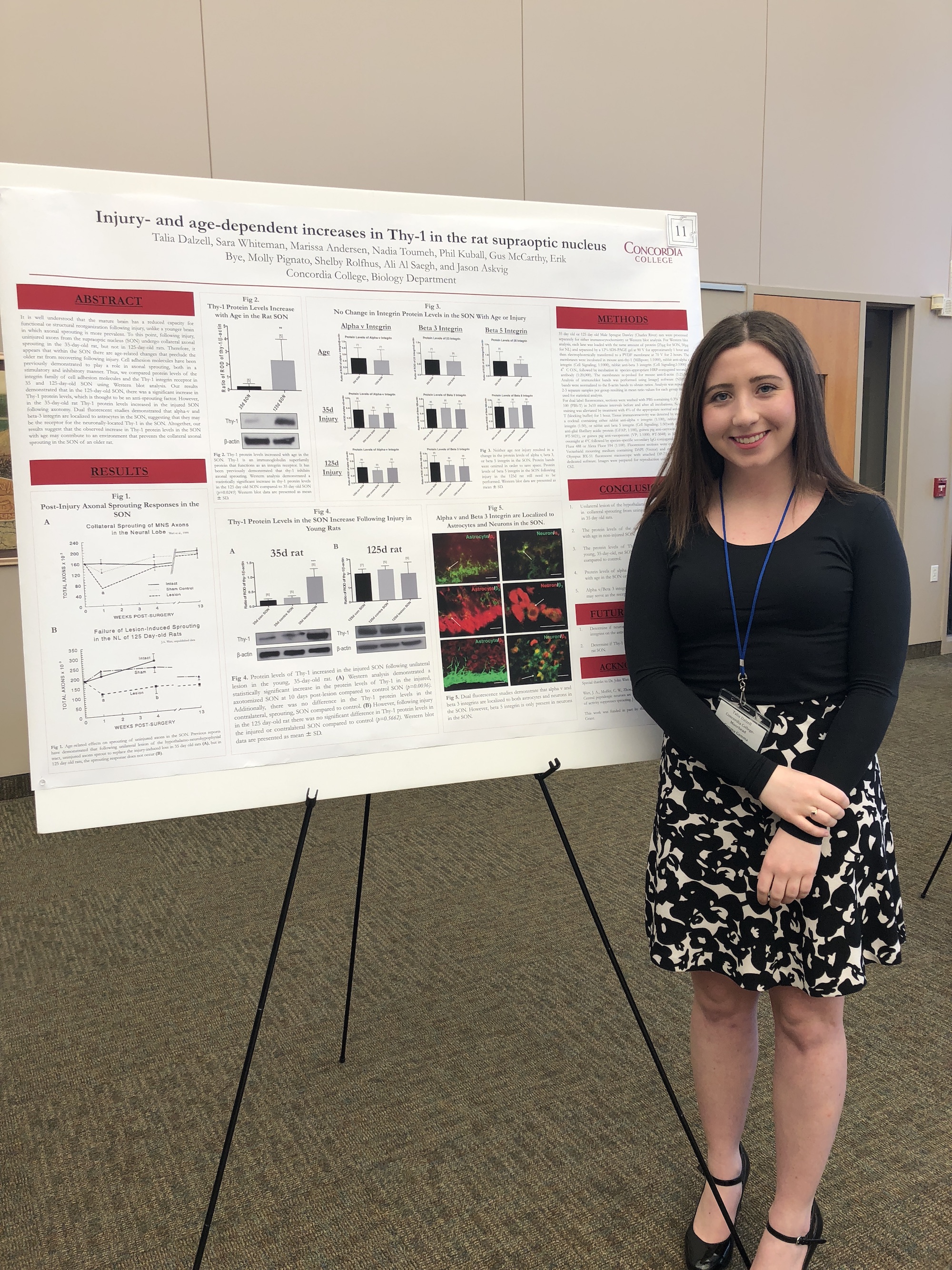 During the summer, she worked with Askvig and two other students on the supraoptic nucleus, which, in simple terms, produces hormones for your body to help regulate the amount of water your kidneys excrete. During the past two summers, Dalzell has researched how it’s affected by both age and injury. She was able to present her research for the National Council on Undergraduate Research (NCUR) in Memphis, Tenn., and the American Society for Cell Biology (ASCB) in Philadelphia, as well as several smaller conferences.

“I was really nervous at the one in Philadelphia because there weren’t a lot of undergraduate students,” Dalzell said.

Despite being one of the only undergrads at the conference, Dalzell said it was an amazing opportunity and a really fun trip.

“I liked seeing other people’s research, but I really liked going to Philadelphia and experiencing that because I’d never been there before,” Dalzell said.

Dalzell grew up in Horace, N.D., just a short drive from Concordia. Special opportunities like these are one part of the reason she chose to go to school here.

“Really it was the small class sizes,” Dalzell said. “I would’ve never gotten the research opportunities I did if I had gone to a big school. This was just a better fit for my undergrad,” Dalzell said.

Although the majority of her time is spent in the Integrated Science Center, Dalzell said she loves her non-science classes as well. 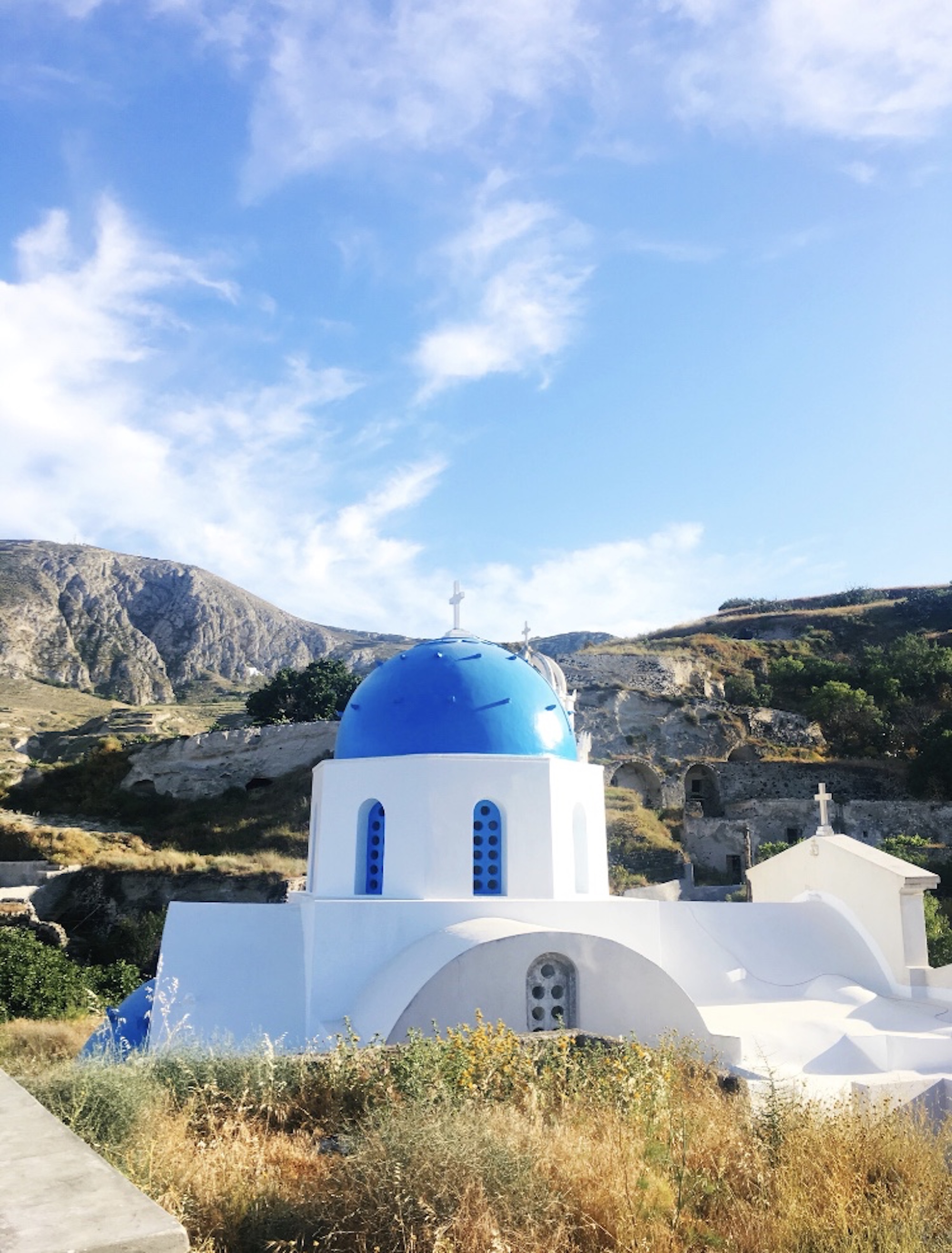 “I think it’s important to have that different perspective other than a strictly scientific perspective,” Dalzell said. “I’m pretty grateful for that. I’ve had some cool classes that have opened my eyes to a lot of other things.”

Dalzell also had the opportunity to go on a May Seminar to Santorini, Greece, last year. Led by Dr. Roy Hammerling and Dr. Heather Waddell, the trip fulfilled her religion 300 course requirement. They focused on the Greek Orthodox Church, and she was able to see many different churches and study the religion up close. They even visited a church in the mountains that was only accessible on foot. 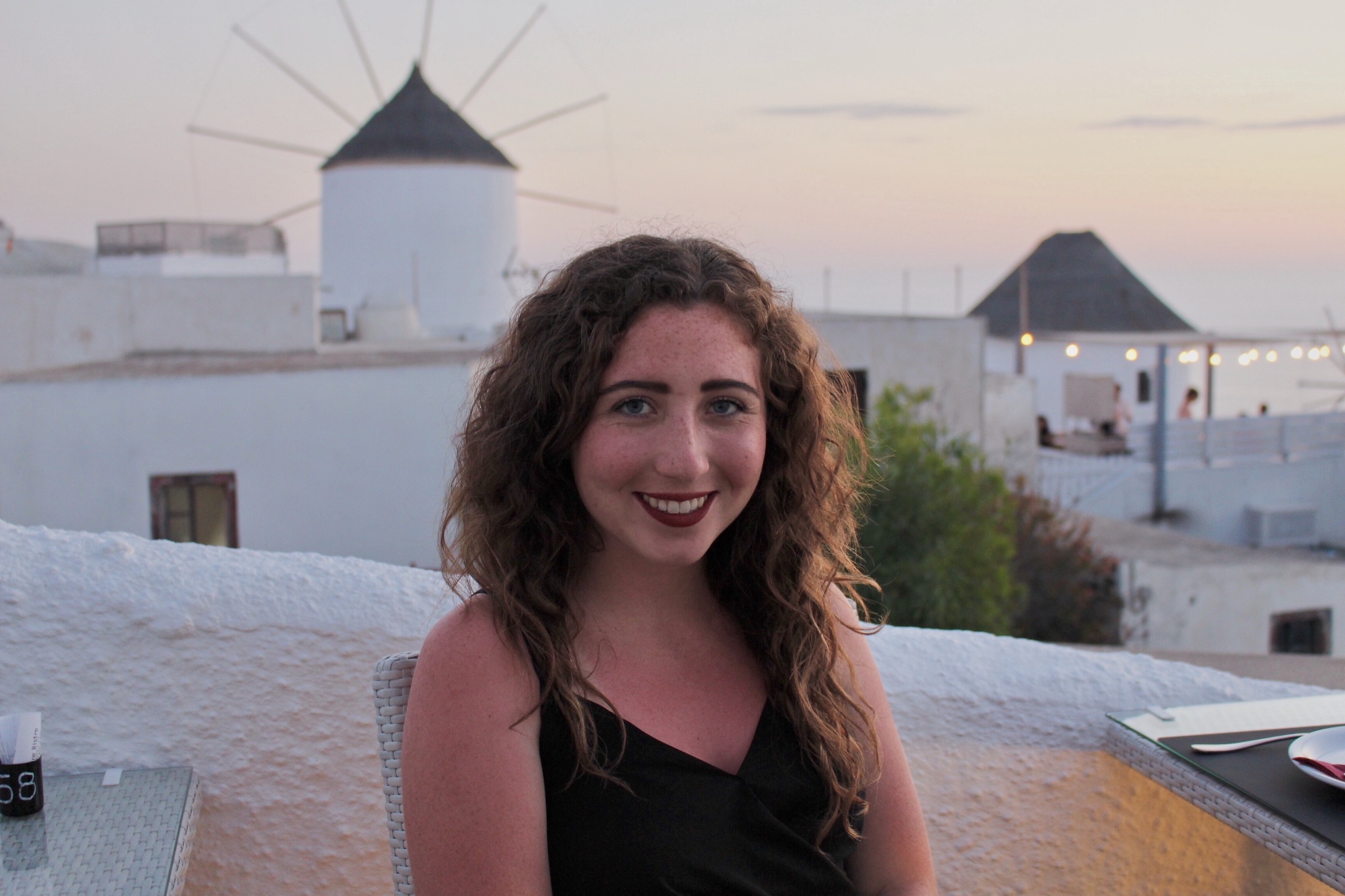 “It was one of the most eye-opening things just to go there,” Dalzell said.

Following graduation, Dalzell is leaning toward grad school, but there are still a lot of decisions to be made.

“My plans are up in the air, especially after this past summer, because I’ve found that I love to do research and I love being in a lab,” Dalzell said. “I’ve had a really tough time trying to decide because medical school is still appealing to me, and I like the interaction with the patient aspect of it, but I really like the hardcore lab science of research and the question-and-answer process.”

This summer, Dalzell will be doing research at The Scripps Research Institute in Jupiter, Fla., and she hopes to present at more national conferences in the future. And no matter what she chooses after graduation, she knows she’ll have the support of her professors at Concordia. 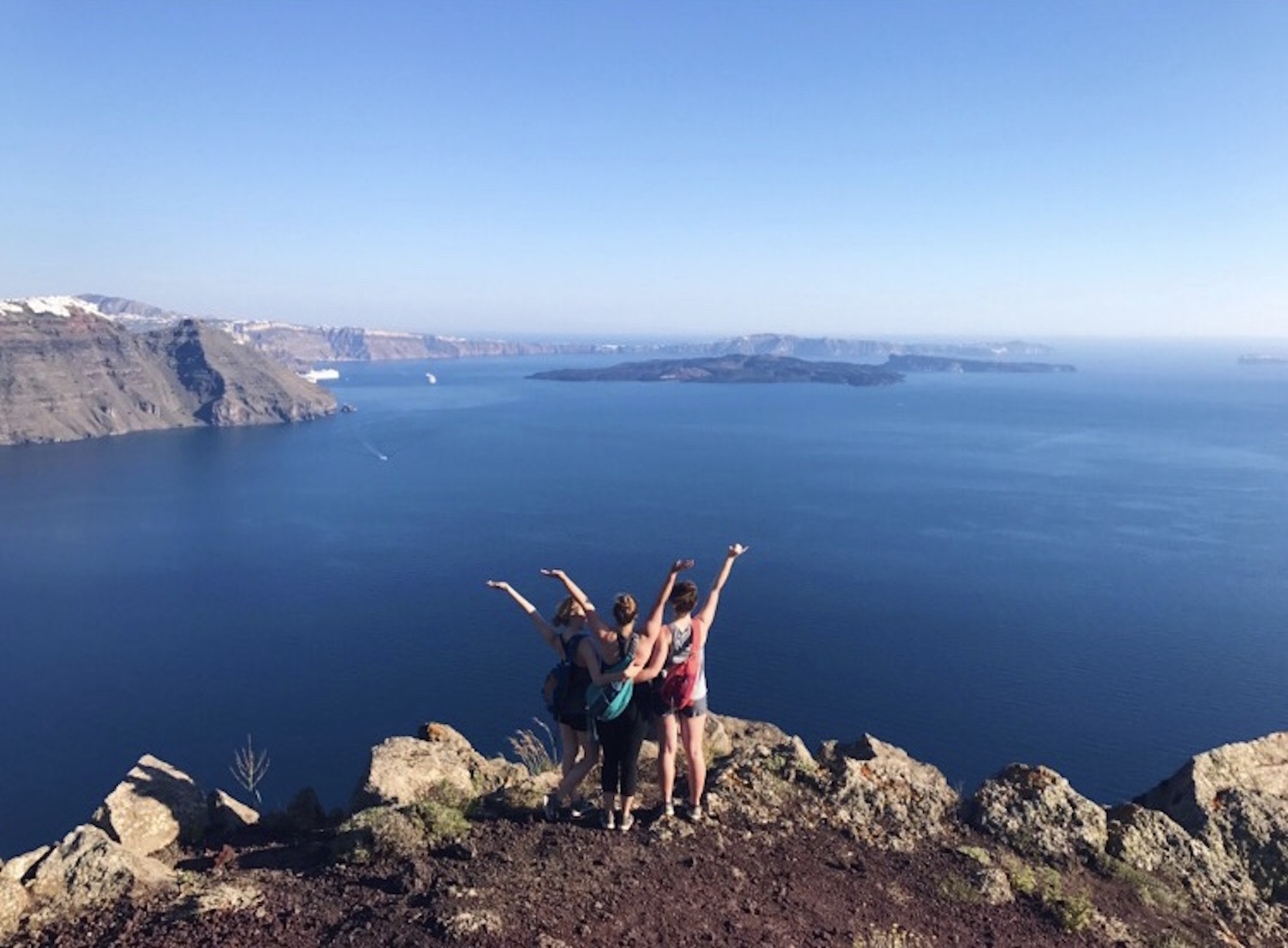 “I came here because Concordia has a great pre-med program, but they have so much more. The science faculty are knowledgeable and willing to help you, and I never would’ve gotten the opportunities at a different school that I got here because of its size,” Dalzell said. “There were a lot of science professors doing research and they’re so willing to see you get to where you want to be. I’ve loved it.