Megan Hovinen ’18 is playing the role of Jesus in the Fargo-Moorhead Community Theatre’s upcoming production of “Godspell.”

In the FMCT’s upcoming production of “Godspell,” themes of community, connection, and hope amidst suffering are emphasized throughout the show. Hovinen shares the joys and challenges of taking on the role of Jesus, unique aspects of the production – such as that it’s an all-female cast – as well as how her time at Concordia helped prepare her for working professionally in theatre.

Tell us about the FMCT’s production of “Godspell.”

The show at its most basic level is about people initially failing to form connections but then finding community and coming together. The set is based on a detention camp, so there are tin blankets and ample gray and dark tones to be reminiscent of border camps. The idea that sparked the concept behind the show was from asking the question, “What’s a relevant current situation in the world where people feel disconnected from the outside world and yet might be able to find some sort of hope and light in their lives?” The director of the show, Natalie Novacek, created the idea of a border camp for this visual concept.

In regard to the plot, the show is a series of parables centered around Jesus. When you look at it at thematically, it’s about community, love, and connection. It’s a series of segmented stories that weave one into another and, although you know what is going to happen in the end, you don’t know exactly how it’s going to get there. Thus, it’s been difficult for me to find characterization through the ups and downs of the show because there’s not a lot of story nor plot development. It’s a unique story because of this and it’s been a fun challenge. 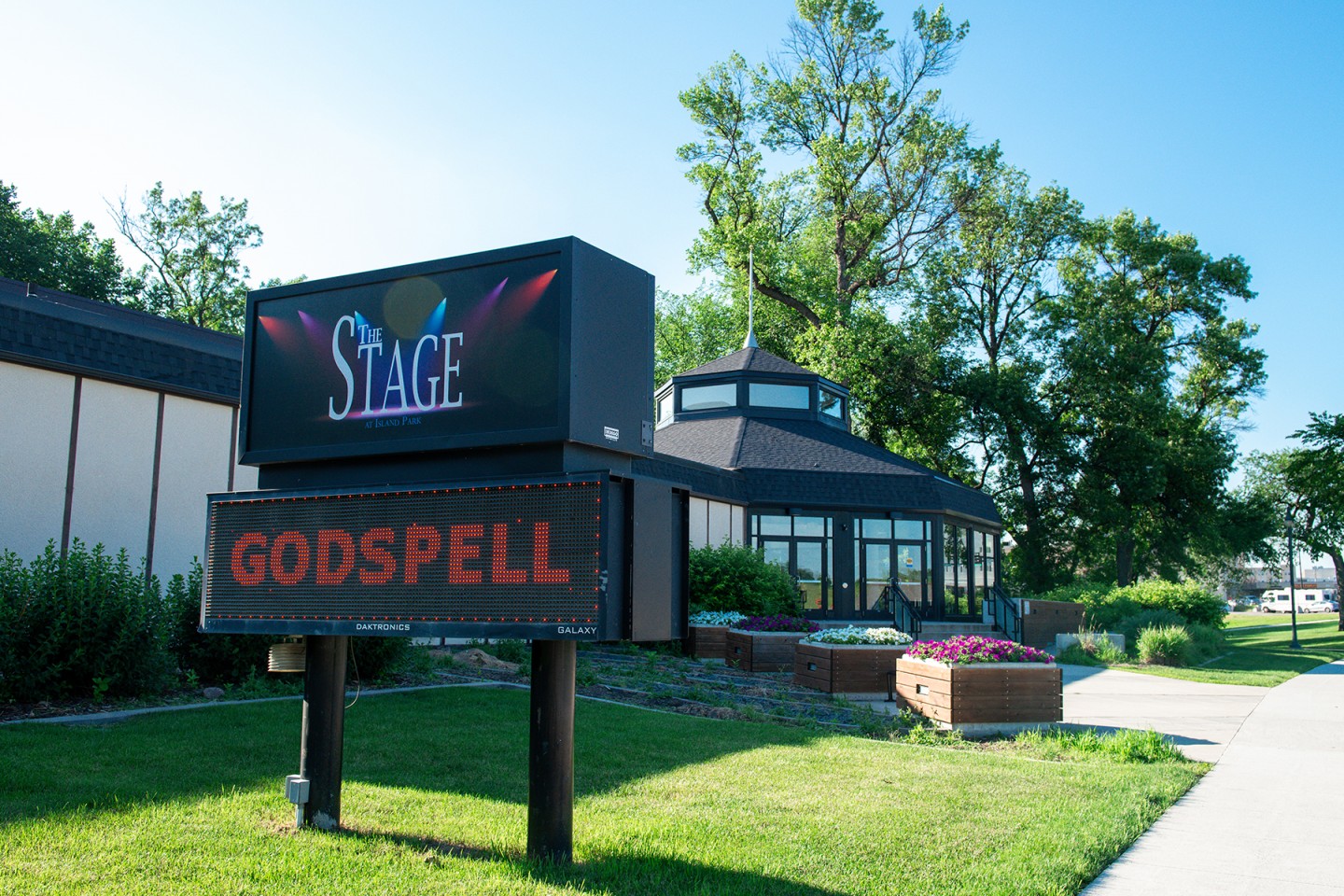 How did you come to be involved with the FMCT?

I became involved with FMCT after wrapping up my job with the Missoula Children’s Theatre this past fall. I wanted to be working in theatre professionally, so I decided to audition for shows wherever and whenever I could. I was familiar with FMCT from my time and connections through Concordia. “Godspell” is my third consecutive production with the company.

What are you most excited about in playing the role of Jesus?

It’s been cool to learn how Jesus was a strong political person who saw things that were wrong and wanted to change them through leading with love, kindness, and a caring spirit. That is something that this show, being focused around community and connection, emphasizes so much. There is one point in the show when Jesus says, “You’ve heard as they were told; love thy neighbor and hurt thy enemy. But what I tell you is this: love your neighbor and pray for you persecutors.” For many of us, our automatic response is to feel emotions such as hatred or dislike toward people we don’t agree with. But it’s more productive and positive to look at someone who is different than us and love them for those differences. To act as such a well-known figure – there are few people who don’t have an idea of who Jesus is – and to be able to tell this story from my perspective and to maybe challenge people’s ideas about who Jesus was and is, and how Christianity is now, has been really interesting.

What makes this specific production unique?

It’s an all-female cast, which was not the original plan, but through the audition and callback process it was decided that it would be a unique take on the show.

How do you think that impacts the show most directly?

I’ve never been in an all-female production of anything. Being in an all-female cast, I’m thinking a lot more about what I’m saying, specifically the pronouns being used. There’s a line that I say, “But when the son of man comes will he find faith on earth?” If we’re thinking who the son of man is, that’s Jesus who is played by me, and I’m not a man … so I find myself asking, “What am I saying and is there a variation in this text that I could use that is still true to the story and not distracting?” We can push a lot with an all-female cast, but there are some aspects we’ve chosen to keep consistent because we don’t want to lose connection to the original story. We’re making very intentional choices.

Also, women are traditionally more community based; it’s our nature. I think that the all-female cast emphasizes the theme of community even more.

How do you feel that your theatre experience at Concordia prepared you for more professional work?

My involvement with Concordia Theatre taught me about the different aspects of theatre. I developed an appreciation not only for onstage work but backstage work as well as all steps of the process. It’s not just about the performance but enjoying the process, having productive rehearsals, and valuing and appreciating the people that you are working with. I gained experience working backstage, on stage, and front of house, which gave me an understanding of every part that goes into creating a successful show. 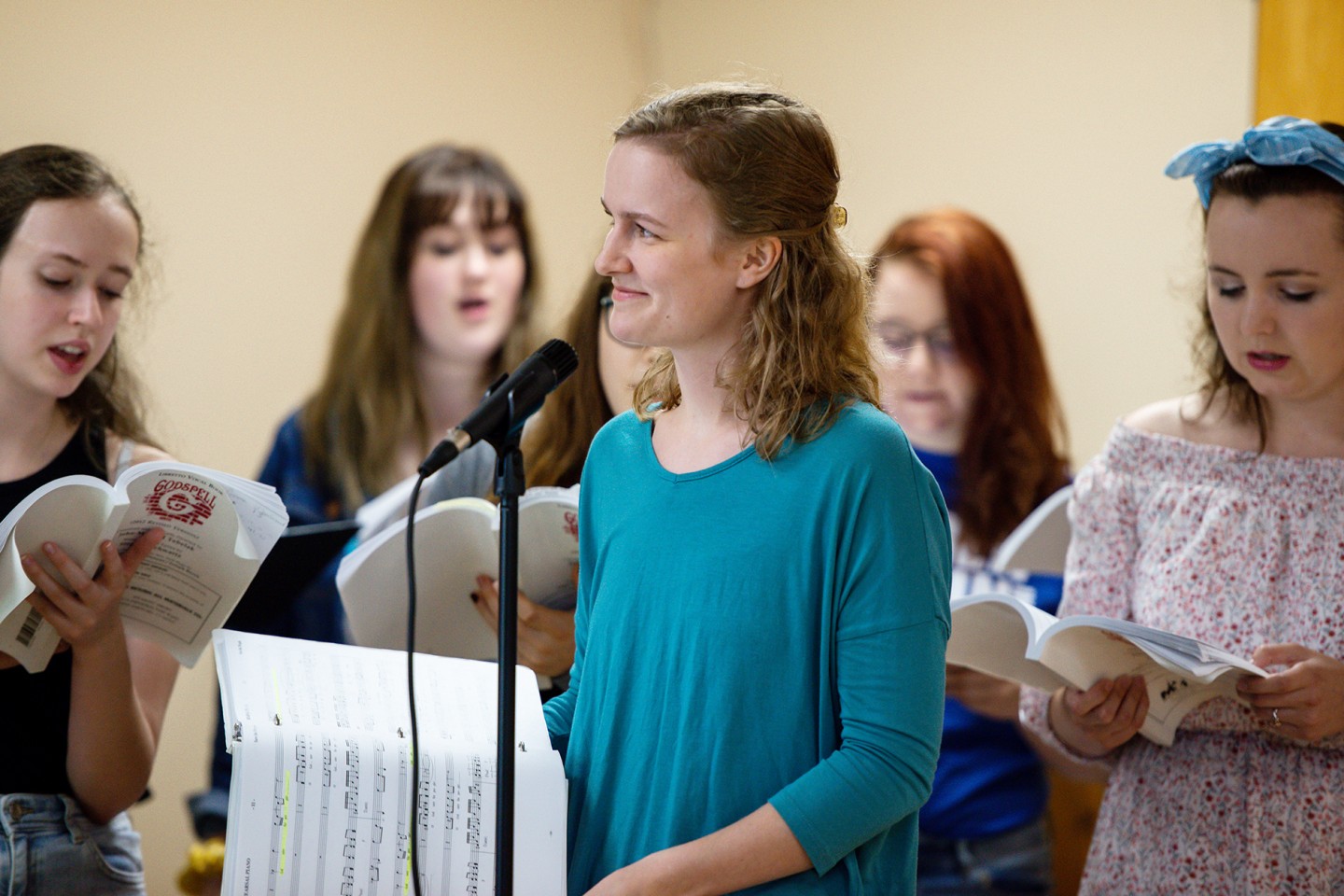 Is there anything that you’re especially glad that you did?

As a freshman, I stage managed a smaller production called “The Metal Children” in the Lab Theatre. I don’t know why my directors gave me that project so early on in my college career, but stage managing forced me to learn about all aspects of theatre exponentially faster. It was a lot of me being the point person in distributing messages and ensuring that everyone was kept in the loop. That in itself helped me to understand many different aspects and value all of those different pieces, such as rehearsal schedules, organizing production staff, and ensuring that all set pieces were ready to go. Although stage managing was something that I never had envisioned myself doing, I learned that I enjoyed it.

Do you have any advice for incoming theatre students at Concordia?

Get involved in any way that you can because you can learn so much from all aspects of production: being on stage, being in the pit, stage management, and more. I believe you become a better and stronger theatre person by understanding every piece of it.

The FMCT’s production of “Godspell” runs July 17-21 at The Stage at Island Park in Fargo. Ticket info