AccuPower Solutions Founder Steve Swanson ’92 shares his journey in developing biomechanics technology, goals for the Department of Defense grant he received, and advice for current students. 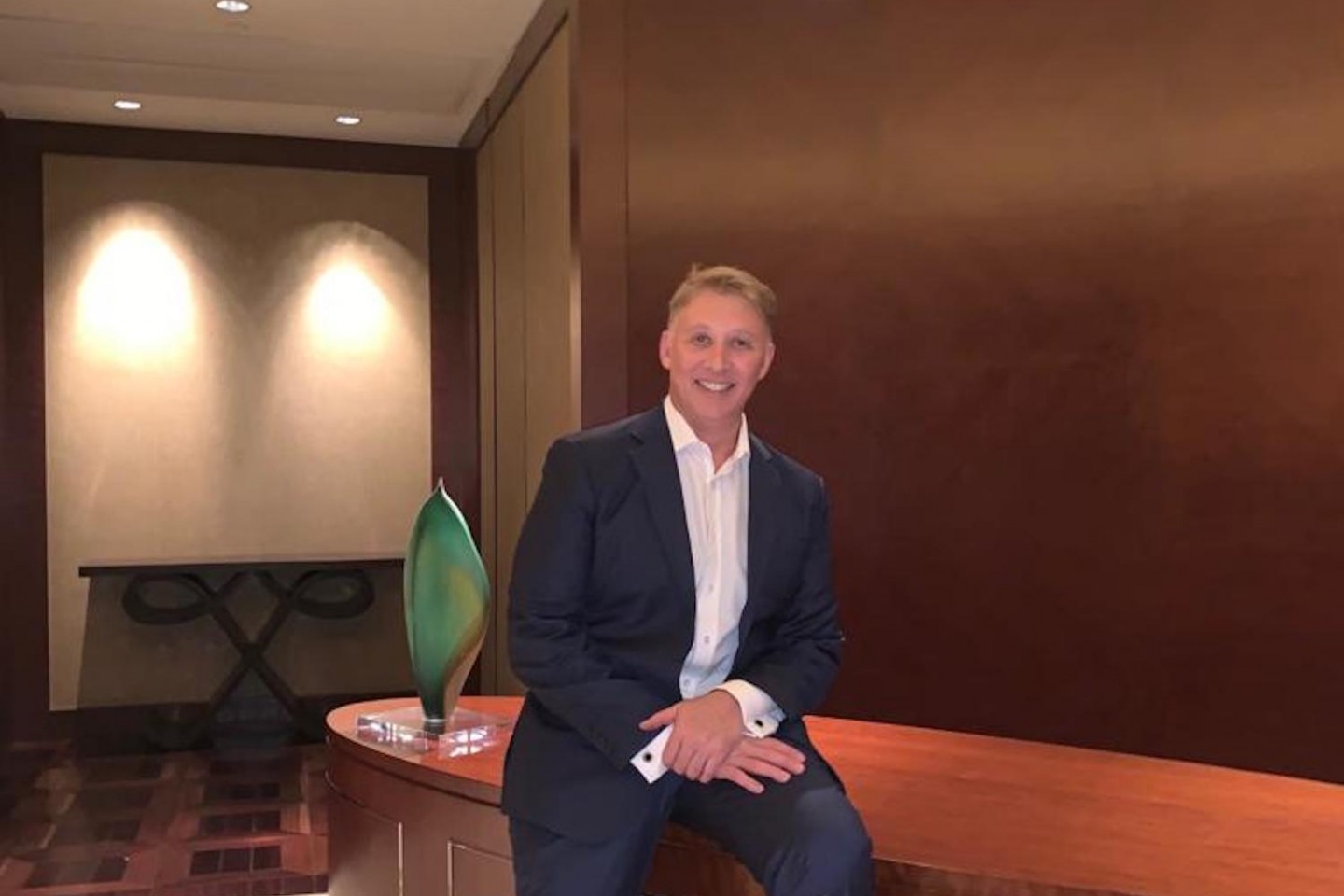 As we enter a new season with fresh ideas and perspectives, we’re reminded of Concordia alumni who continue to embody those principles and take innovation to the next level. Steve Swanson ’92 has provided breakthrough after breakthrough in the field of biomechanics. While pursuing a master’s degree in biomechanics and kinesiology at the University of Massachusetts Amherst, Swanson created a treadmill design that would later become Treadmetrix, a company he launched himself.

“The basic science behind both Treadmetrix and AccuPower is to utilize technology to better understand human movement and coordination. Our tools allow users to measure aspects of human movement and the forces experienced or produced by the body that cannot be seen even with a well-trained eye,” he says. “Our goal is to enhance how clinicians can help people move better — ranging from a grandma recovering from total joint surgery to the world’s best athletes trying to perform better.”

This goal to enhance is well underway, aided by AccuPower’s E-Z 3D module. 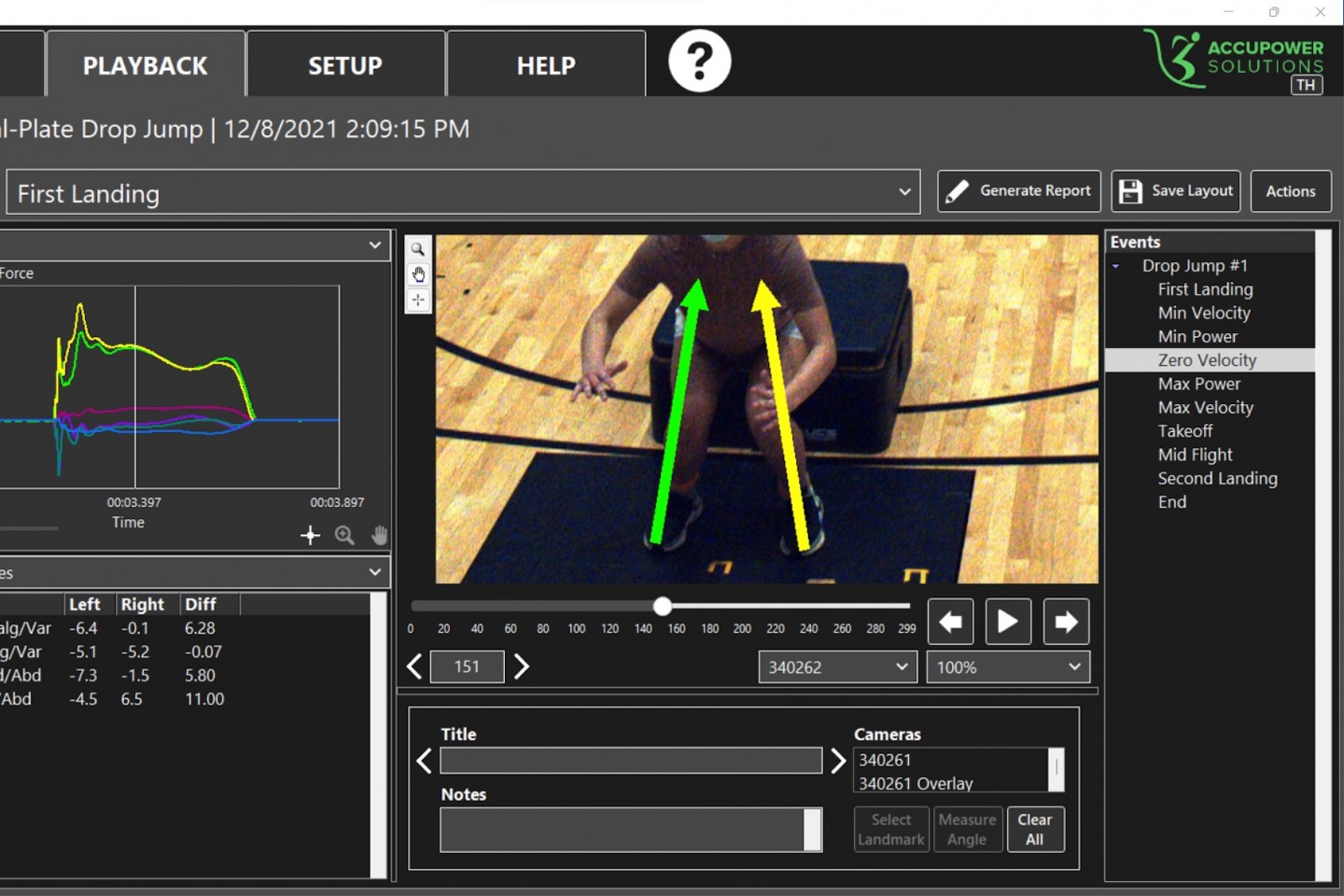 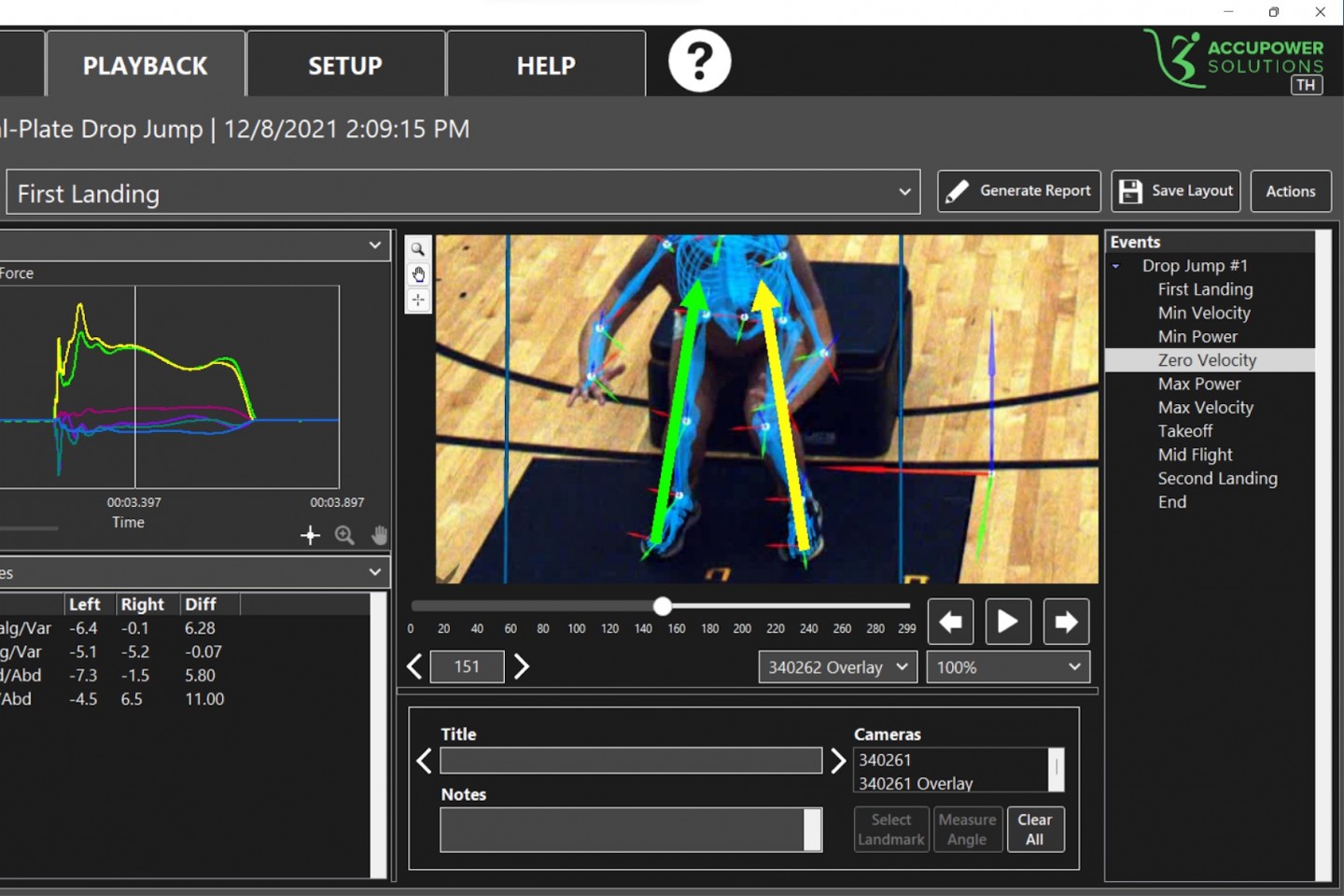 The two screenshots show the raw video of the subject without markers (top) and the markerless analysis that is presented after processing (above) using AccuPower’s E-Z 3D module.

This integration is set to be the most significant advancement in biomechanics in the last 30 years.

“No more putting reflective markers on the body, which is super time-consuming and error-prone,” he says. “AI-based algorithms are really changing our field.”

In 2020, Swanson received a grant from the Department of Defense, allowing him to work with Mayo Clinic to build a “fall mitigation system for amputee warfighters.”

The objective, he says, is “to integrate Mayo’s proven fall mitigation training protocols with our E-Z 3D product and custom treadmills for medicine/therapy operations.” 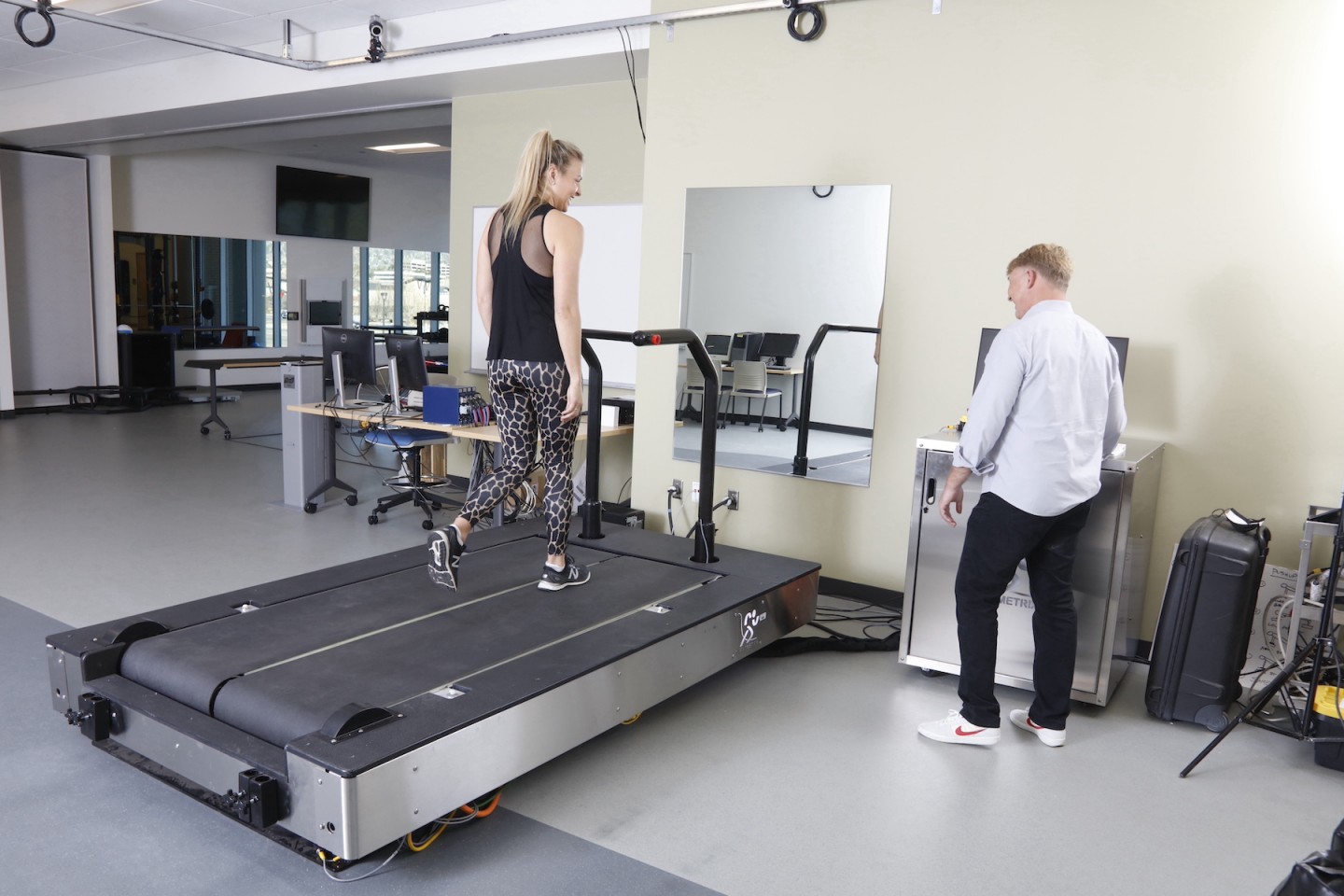 Noting the importance of hands-on experience, Swanson is excited for students when Concordia’s Heimarck Center opens in Fall 2023.

“The space seems like an incredible opportunity for students to ‘learn by doing.’ Getting a chance to work with state-of-the-art tools while learning from experienced professionals and faculty is vital to being prepared for today’s rapidly changing workforce,” he says. “Combined with the breadth of skills learned at Concordia, students graduating from health sciences programs will be even better prepared than in years past. What an opportunity!”

Swanson remembers his time at Concordia fondly, especially the variety of academic experiences in and out of the classroom.

“From field courses in summer school where we were up at 4 a.m. to pack Dr. Nellermoe’s van to watch birds in the wetlands, to studying real human cadavers in Dr. Johnson’s anatomy and physiology lab, to using the western blot technique in Dr. Aho’s cutting-edge molecular biology class, those types of courses and hands-on experiences were really a strong stimulus for developing my professional skill set — which is being inquisitive by nature and not being afraid to challenge norms,” he says.

“Listening to others — especially those with different viewpoints and experiences — should always be your first move.” — Steve Swanson ’92

“As a young graduate, you tend to be proud of what you have learned and want to show that knowledge, but the real knowledge comes from listening to people who have different experiences, viewpoints, and needs,” he says. “God gave us two ears and one mouth for a reason.”

His advice for aspiring entrepreneurs is similar.

“Listen and learn from as many experts and potential customers as possible,” he says. “Don’t give up too easily or be disappointed when people dismiss ideas.” 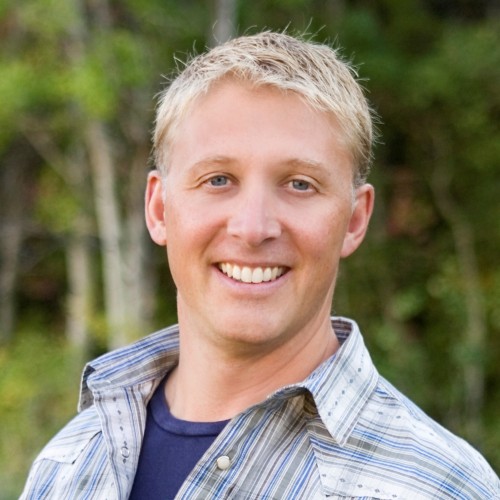 Swanson says his proudest moments are witnessing the success of others.

“Personally, watching my son and daughter find their own creative passion and have success. My son is a filmmaker studying digital media arts at Montana State and my daughter is a singer-songwriter based in L.A.,” he says. “Professionally, seeing the smiles of athletes and patients that have recovered from major injuries and performed better than before their injury. While they did all the work, I am proud of the tools we provided to help them achieve their goal.”

Originally published in the 2022 Concordia Magazine