Amanda (Hams) Melby Crisalli ’96 starred in “Raising Buchanan,” a full-length feature film that premiered in April at the Harkins Scottsdale 101 Theatres as an official selection of the Phoenix Film Festival. The film, written and directed by Rocky Mountain Emmy Award winner Bruce Dellis, won Best Arizona Feature at the festival and Best Dramedy Feature at the Manhattan Film Festival. 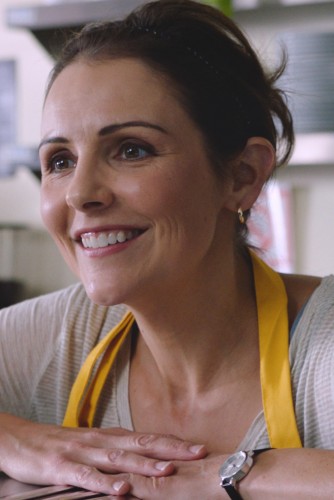 Filmed in and around Phoenix and Prescott in 2017, the film tells the comedic tale of a woman named Ruth (portrayed by Amanda Melby) who steals the corpse of much-maligned President James Buchanan with the hope of scoring a large payday, only to find that no one out there has much interest in getting him back.

Melby, who boasts an extensive background in independent film, had double duty as actor and producer for “Raising Buchanan,” which was produced entirely with a local crew including 28 interns from surrounding colleges and universities.

Melby came to Concordia with a cello scholarship and majored in it at first, but found it difficult to meet the requirements for a double major in theatre and music. She ended up dropping the music major and picking up an English major instead. After changing her major, she still took lessons and played in the orchestra.

After graduating, Melby taught private lessons along with dabbling in some ensembles, but ultimately settled on theatrical pursuits.

“I came back to the same issue I had in college. There was not enough time to pursue two different crafts, though I still play occasionally and teach my daughter,” Melby said. “I also play cello in in the film, which was fun.”

After stints in Cleveland, Washington, D.C., Los Angeles, and San Diego, Melby made her way to Phoenix where she owns Verve Studios and teaches acting. Verve offers summer camps for young actors where they take an educational approach to making a movie.

“Many of the kids only have theatre experience, so getting on a movie set for the first time can be intimidating,” she said. “We take the fear out of it by teaching them about the process as we go. And we end up with some fun short movies.”

In addition to acting in several feature films, Melby has an impressive list of credits as producer, writer and director, mostly for short films made at Verve. She is also a three-time Emmy nominee for her work as producer and host of “Screen Wars,” a weekly television show featuring short films made across Arizona.

In “Raising Buchanan,” Melby worked alongside Emmy-nominated and Tony Award-winning actor René Auberjonois as President Buchanan. Auberjonois is best known for his role on the popular TV show “Benson,” as well as roles on “Star Trek: Deep Space 9,” in the film “The Patriot” and, more recently, a four-episode arc on “Madam Secretary.” The cast of “Buchanan” also includes a combination of national and local Arizona acting talent, including Cathy Shim, M. Emmet Walsh, Terence Bernie Hines, Steve Briscoe and Jennifer Pfalzgraff. 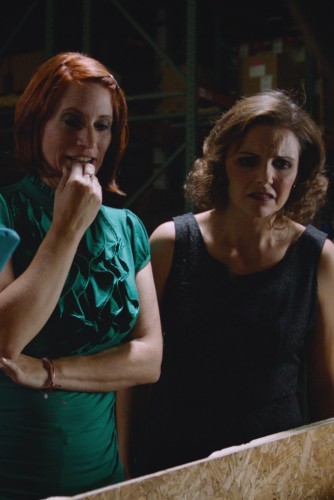 “Flawed characters are the most fun to play and Ruth was no exception,” Melby said. “It was a huge honor to have this character written for me and I am excited for people to be able to see the finished film. It’s funny, has heart, and is incredibly timely.”