A deep love for all things theatre and activism drives Josephine Núñez ’21 as she shines in the spotlight as Macbeth. 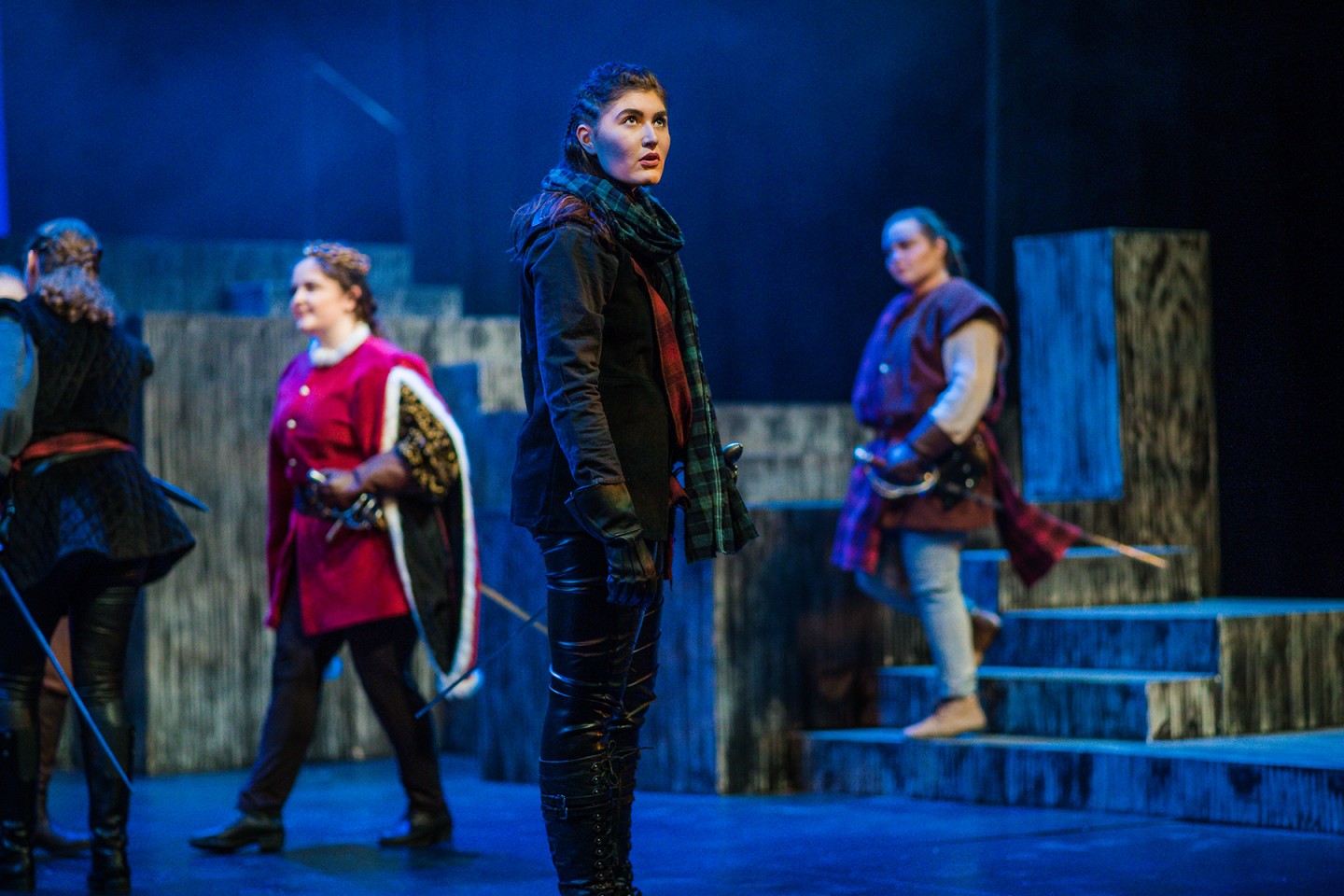 My mother. As a Concordia alum herself, she really wanted my brother and me to go here. I tried to appease her by attending a tour even though I didn’t have any intention of actually studying here; I was leaning toward a school in California. I had such a great tour that I ended up falling in love with Concordia’s campus. Despite this, however, I didn’t plan on staying at Concordia for more than a semester. I deferred my acceptance at the BFA musical theatre program out in California and was set on transferring out before my second semester. However, once I began to immerse myself in different activities and groups on campus, I found so many unique, small communities and opportunities that I knew continuing my education at Concordia was something I had to do. I wanted to stay in part because of the friends I had made, a challenging academic setting, and getting to be involved in several campus organizations.

What would you like us to know about you?

Some of my favorite hobbies include reading, embroidery, swimming, thrifting, watching “The Bachelor” with my friends, traveling, going to see live music, watching figure skating, and eating good doughnuts. I am a huge fan of Shawn Mendes. I’ve grazed his arm at a concert. It was a really big deal. This year, I am making an effort to listen to more music by female artists, reading more books by Latinx authors, and finding time to volunteer more around the community. 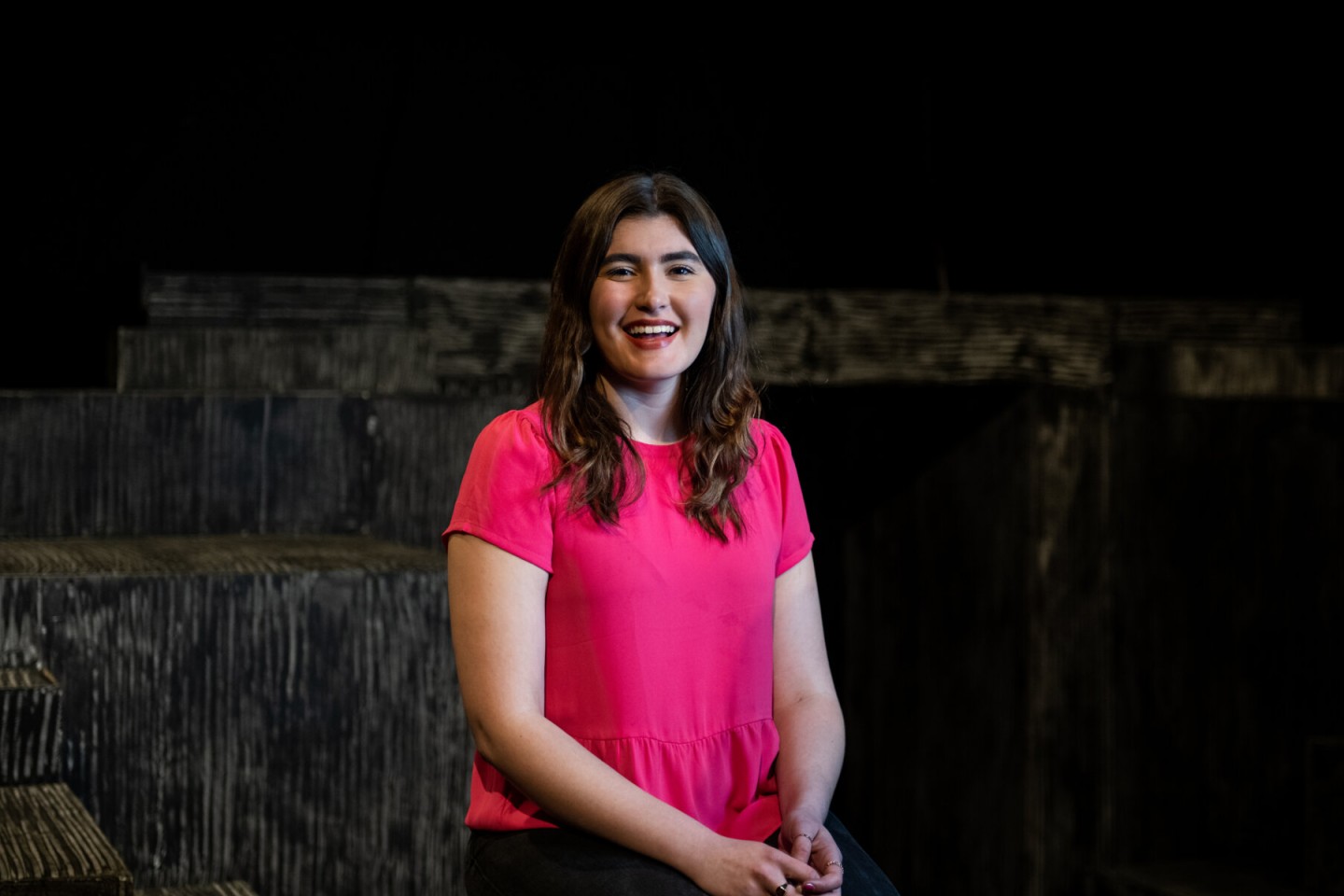 What led you to choose the theatre art program at Concordia?

It is a memory from when I was young – maybe 6 or 7. I was sitting with my grandma in Medora watching the famous musical. I remember leaning over to her during the show and saying, “That’s what I want to do when I am big.” From that moment on, there was nothing else in the world I wanted to do. I chose theatre art as a major so I would be able to continue acting, dancing, and singing throughout college while also learning about the history of theatre, all the different departments that contribute to a show, and so I would be able to work on shows with peers who are just as passionate about performing as I am.

The theatre art program here has helped me grow more confident in my own strength, perseverance, flexibility and initiative as a performer, while also teaching me how to conduct conversations regarding rejection and what I can improve upon to get the roles and jobs I want. Learning how to navigate asking questions, advocating for the art that we should be producing, and exploring new areas within theatre has transformed my outlook on my future career.

Have you had any favorite classes?

Both of my favorite classes happened just last semester. Women and Theatre, taught by guest faculty member Donna Kaz, was a pivotal experience in my education in what it means to be a woman in theatre. Most of the plays we know are written and produced by men, so a woman playwright teaching us about the plethora of works by diverse women and their experiences inspired me to continue to search for those types of shows and question why we only produce and stage things by men. Donna is a role model for the artist-activist I wish to be as I continue my career in the theatre world. She carries an intense passion for uplifting all women, using her voice to create change, and taking time to mentor her students.

The other class I loved was Dr. Michelle Lelwica’s Women and Religion. The course is dedicated to learning how religion has simultaneously empowered and oppressed women throughout history. Dr. Lelwica is one of the smartest, most engaging, most inquisitive, and most challenging professors I have had at Concordia. I highly recommend taking a class with her.

Other than theatre, is there anything else on campus you’re involved in?

I sing in the Chapel Choir, of which I also serve as the secretary. I also compete on the speech team, I’ve worked on the Family Weekend committee, and I’ve been an Orientation leader. 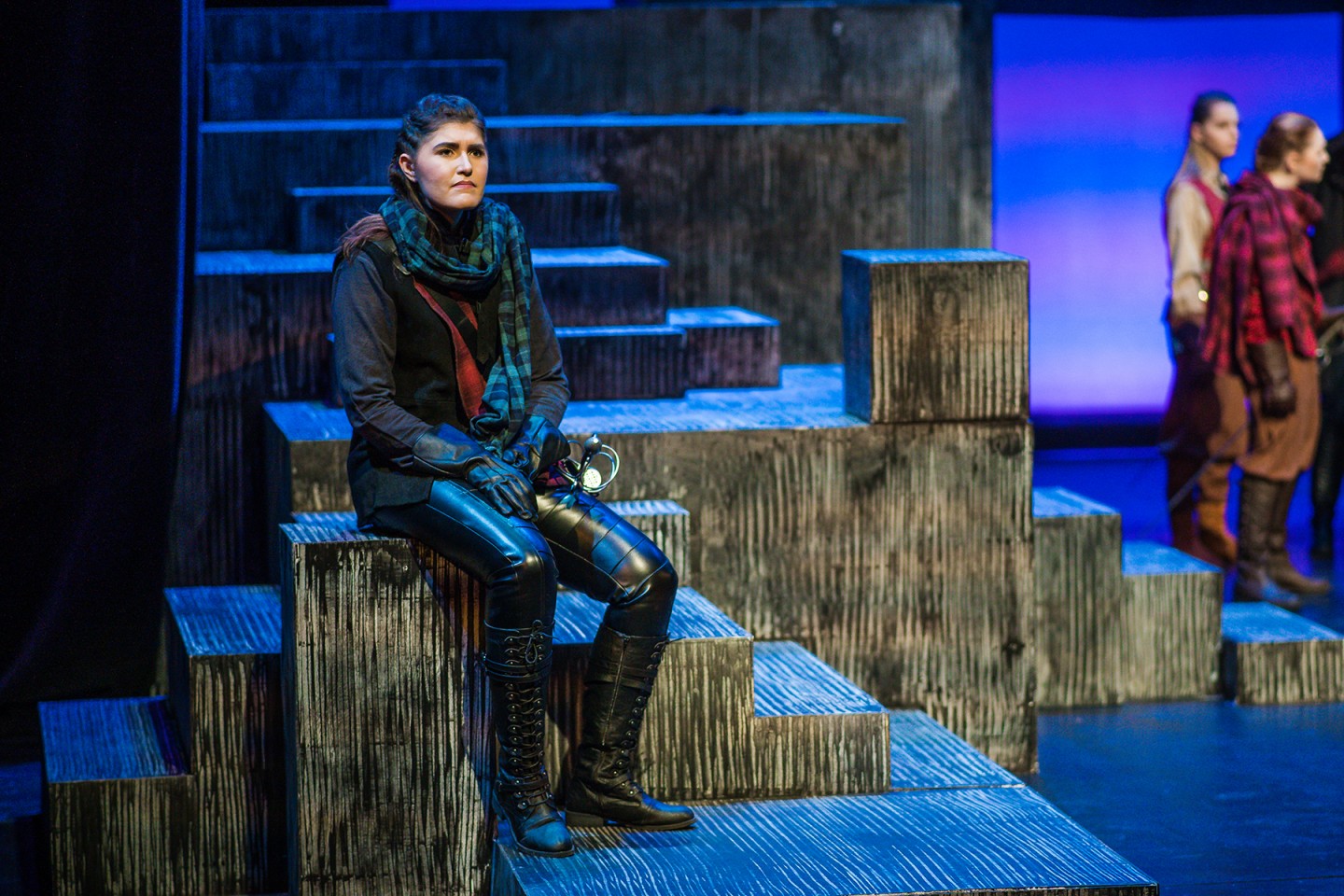 Macbeth is my first Shakespearean role, so I have been doing a lot of work trying to capture the full essence of such a role. During winter break, I watched several productions of the show to study how different actors have played and interpreted the role of Macbeth. However, in every production that I watched, Macbeth is played by a male-identifying actor. So far, understanding traditionally masculine mannerisms and portrayals of emotion has been my biggest challenge. There are themes of power, choice, vulnerability, and consequence that are emphasized when coming from a female-identifying performer on stage.

Performing in a Concordia Theatre production is different each time. Each production comes with a new director, new cast, new challenges, and new acting opportunities. The sense of community in the department is what I love the most about performing here.