Not only was she the only student from Minnesota to compete at the Interstate Oratory Association’s national tournament, but Abby Peterson ’24 reached the semifinals — making her one of the top 12 collegiate speakers in the nation. 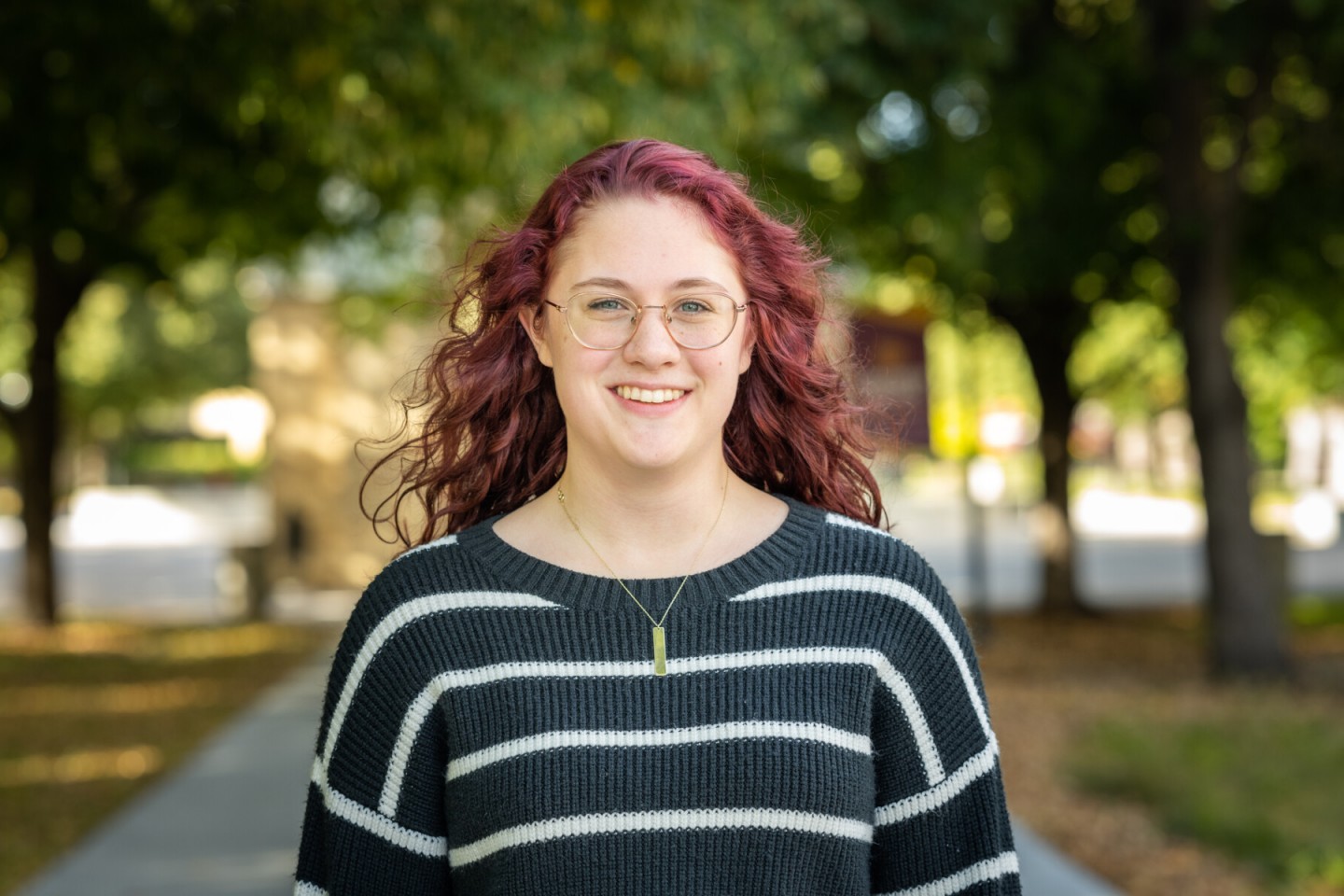 I actually decided to tour Concordia because of a research project I did in middle school. The assignment was to research two colleges in Minnesota and I thought it was absolutely hilarious that a college had corn on the cob for a mascot. That put Concordia’s name in my head, and later — when I did actual research on colleges — I found that Concordia had a journalism program and a speech team, which drew me to choose this school.

How did you decide on your majors?

I started out as a multimedia journalism major, but this past year I took an introduction to communication course that I just loved. I realized that communication theories and research are what I’m truly interested in, so I switched my journalism major to communication. My English literature major has stayed the same since I entered college. I’m a big reader and one of my favorite academic areas of interest is literary analysis.

Have you had a favorite professor or course and why?

So far, my favorite course has been intro to communication studies. Prior to this class, the only communications research I ever did was for a speech I wrote last year. I think this course is my favorite so far because it introduced me to a whole world of research and analysis I didn’t know existed. I’ve always loved anything to do with analysis and making connections between research and other sources, and this communication course was the introduction to a field of study that places a lot of emphasis on those two ideas.

What activities are you involved in?

I am involved in the Concordia speech team and I am also the vice president of the feminist club Stand With Her. 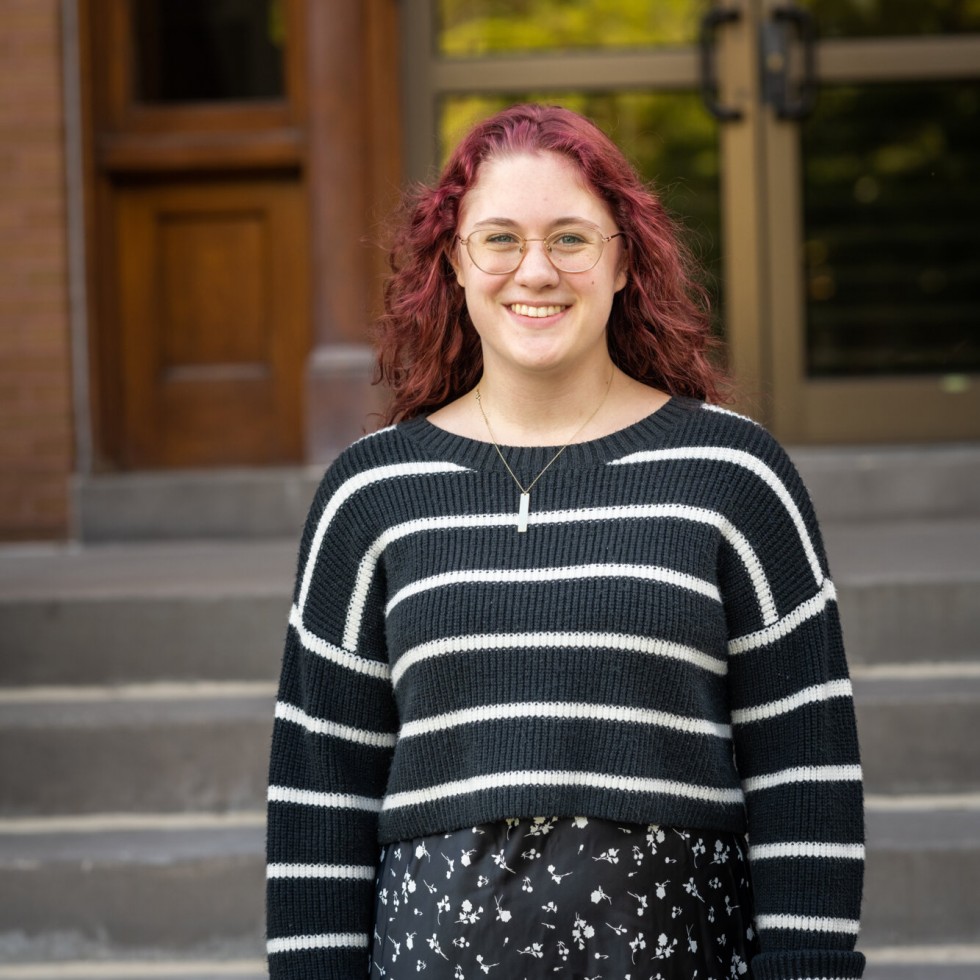 How did you get involved with speech?

I’ve been doing speech since my freshman year of high school. I actually used to be terrified of public speaking until I gave my first speech in my freshman year English class and my teacher practically pushed me into speech. I loved it so much in high school that I really wanted to continue it throughout college.

What categories do you participate in at Concordia?

What is your favorite part of being on Concordia’s speech team?

My favorite part of being on Concordia’s speech team is the fact that I have a platform to voice my beliefs. With so much going on in the world now, speech has been my anchor to process national and global issues, as well as advocate for change. It sounds funny, but I love speech because I have 10 minutes to give a speech where people have to listen to me. It helps me feel like my voice is valued and heard.

How do you balance academics and speech at the college level?

It definitely proves to be difficult at times, especially during more high pressure moments like midterms and finals. Since I miss a lot of class due to traveling to tournaments, communication with my professors has been key to helping me stay on top of my academics. I’m a procrastinator at heart, so I definitely struggle with keeping up with assignments. Somehow, I force myself to find the time when due dates start approaching, and I’ve been able to meet almost all of my deadlines and turn in quality work.

What was your experience competing at Interstate Oratory?

What was the support from your team like given you were the only one competing from Concordia?

I was actually the only competitor from Minnesota because the other person who had placed second at state had to drop from the tournament at the last minute. My team was incredibly supportive. I received a lot of good luck messages from my teammates as well as support in our team group chat. Because I was in Indianapolis while everyone else was at Concordia, it was definitely impossible to show support other than messages, but the kind messages were all I really needed to quell my anxieties and make me excited to give my speech at Interstate Oratory. 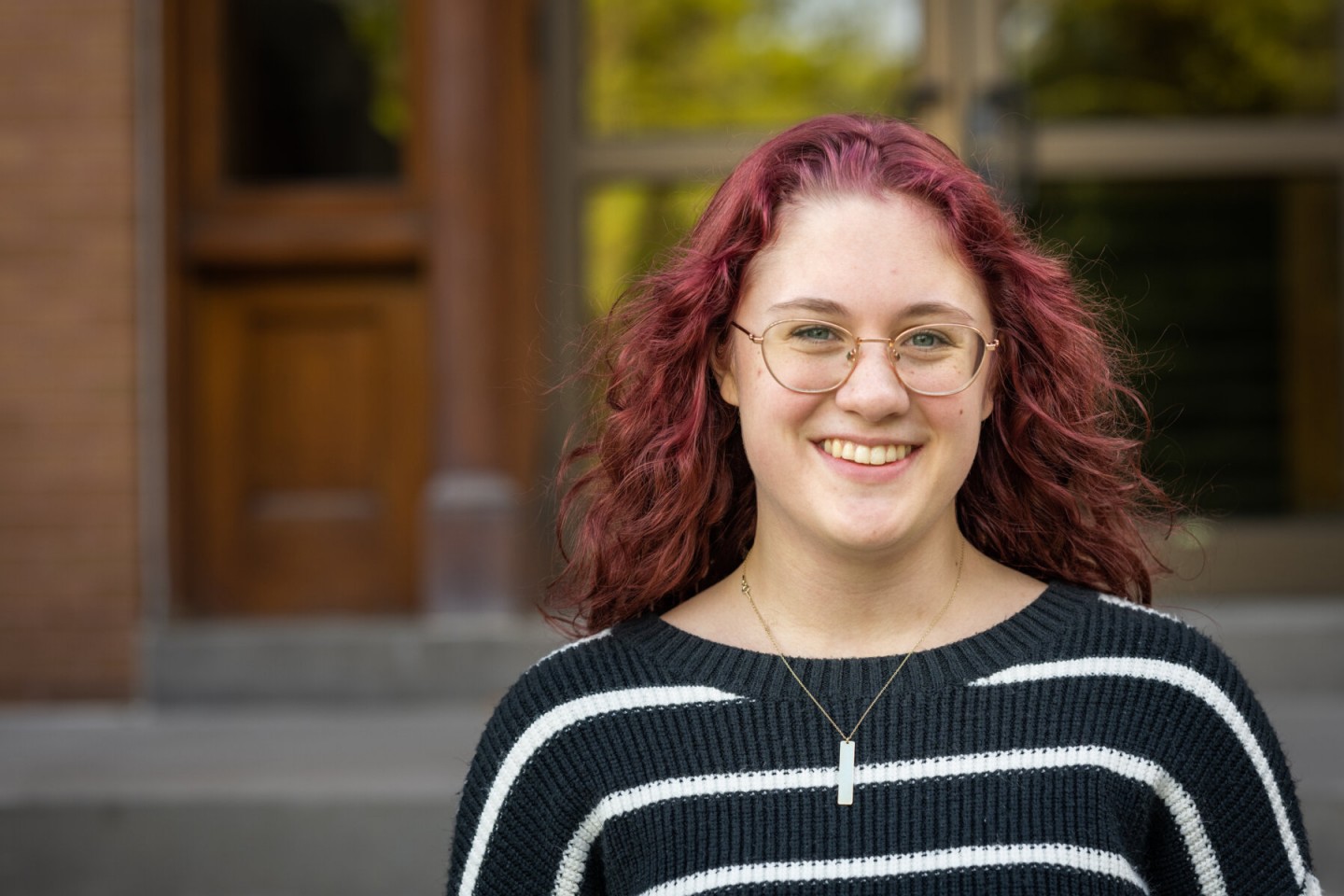 Please tell us about the academic research paper you’re writing and how you heard about that opportunity.

The article I worked on this past summer is basically about how modern gaming invokes different types of nostalgia. My professor for one of my classes last semester, Dr. Indira Neill Hoch, sent an email to all of her students presenting the opportunity to work on this article, so that’s how I learned about it. Essentially, another Concordia student and I both chose a video game that we will analyze based on Svetlana Boym’s parameters around restorative and reflective nostalgia. This analysis will be used to answer our research questions, which ask how eighth- and ninth-generation gaming invokes feelings of restorative and reflective nostalgia.

What is the academic journal you are contributing to and who are the other collaborators on the paper?

We actually don’t know what journal we will be publishing this article in, but we’re assuming it will be some sort of video game journal. I am working with one other Concordia student on this. We’re both doing this research in conjunction with Dr. Neill Hoch, who is acting as our mentor and guiding us through the process of writing a publishable academic article.

How did the topic of the paper pique your interest?

I love playing video games and I love doing communications analysis and research, so when I read the proposal for this project I was immediately interested in it. It just sounded like something right up my alley.

How is the study being done to help write the paper?

The other Concordia student and I both chose a game to study and analyze based on the parameters I explained in the previous question. I chose the game Dishonored and my partner chose the game Five Nights at Freddy’s 2. The study is us just playing our game to completion and taking field notes on anything that invokes some sort of emotional reaction for us so we can analyze that reaction later and apply it to Boym’s definitions of nostalgia. It’s the best assignment ever because I’m getting paid to play my favorite video game.

How has your experience working on this research paper been so far?

So far it’s been pretty slow because we are just wrapping up our literature review and our method section. But we’re moving into our actual analysis phase now, so I’m excited to get started on the real research behind this article.

What advice would you give to a student who is considering Concordia?

I would definitely tell them to not underestimate Concordia. It may be a small school, but there are so many opportunities to make connections and participate in the community that Concordia offers.