Shelly Gompf, director of Concordia’s healthcare leadership program, doesn’t let anything stop her from being an exceptional professor, advisor, mentor, wife, and mom. 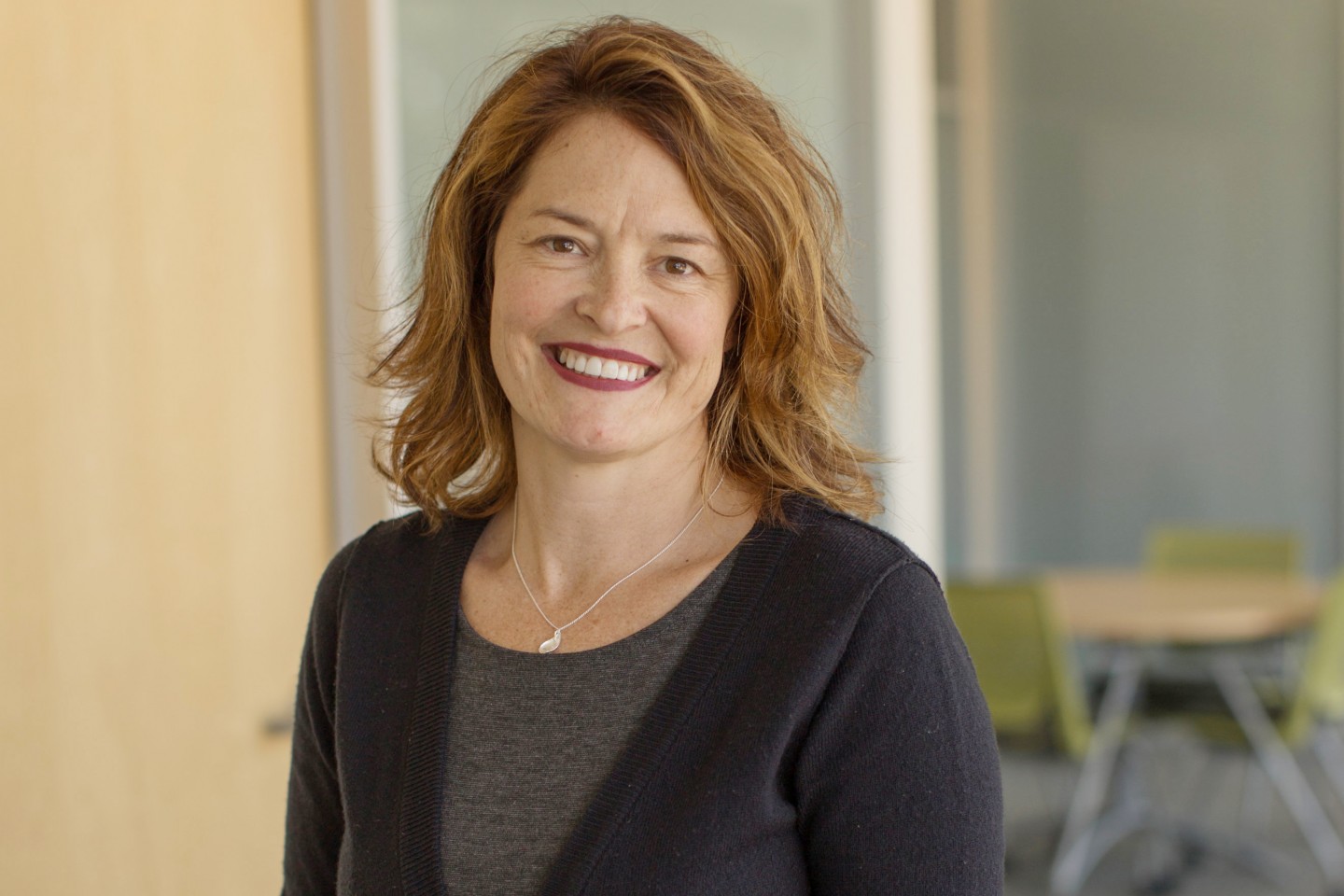 Shelly Gompf says she enjoys teaching because she is able to apply her 20 years of experience through stories and case studies. Her approach to teaching is to open the minds of her students, allow them to see the world through a diverse lens, and empower them to make informed decisions based on the critical thinking skills they are developing.

“My favorite part is knowing that I have some influence on the next generation of healthcare leaders,” she says. “That’s why I’m here: for the students. At the end of the day, they are what keep me coming back.”

And she will keep coming back, she says. She could see herself in this position until she retires. In fact, she’s back in school for her educational doctorate, which is beneficial to her as a student and a teacher.

“I’m passionate about the mission we’ve continued to maintain here in this school: to send forth informed men and women into the Christian life,” she says. “I think that is a strong and solid mission.”

Gompf believes that we have an obligation as we try to send them forth to be informed, that we allow diversity, we allow and are able to have open thought, and embrace and have compassion for everyone around us. 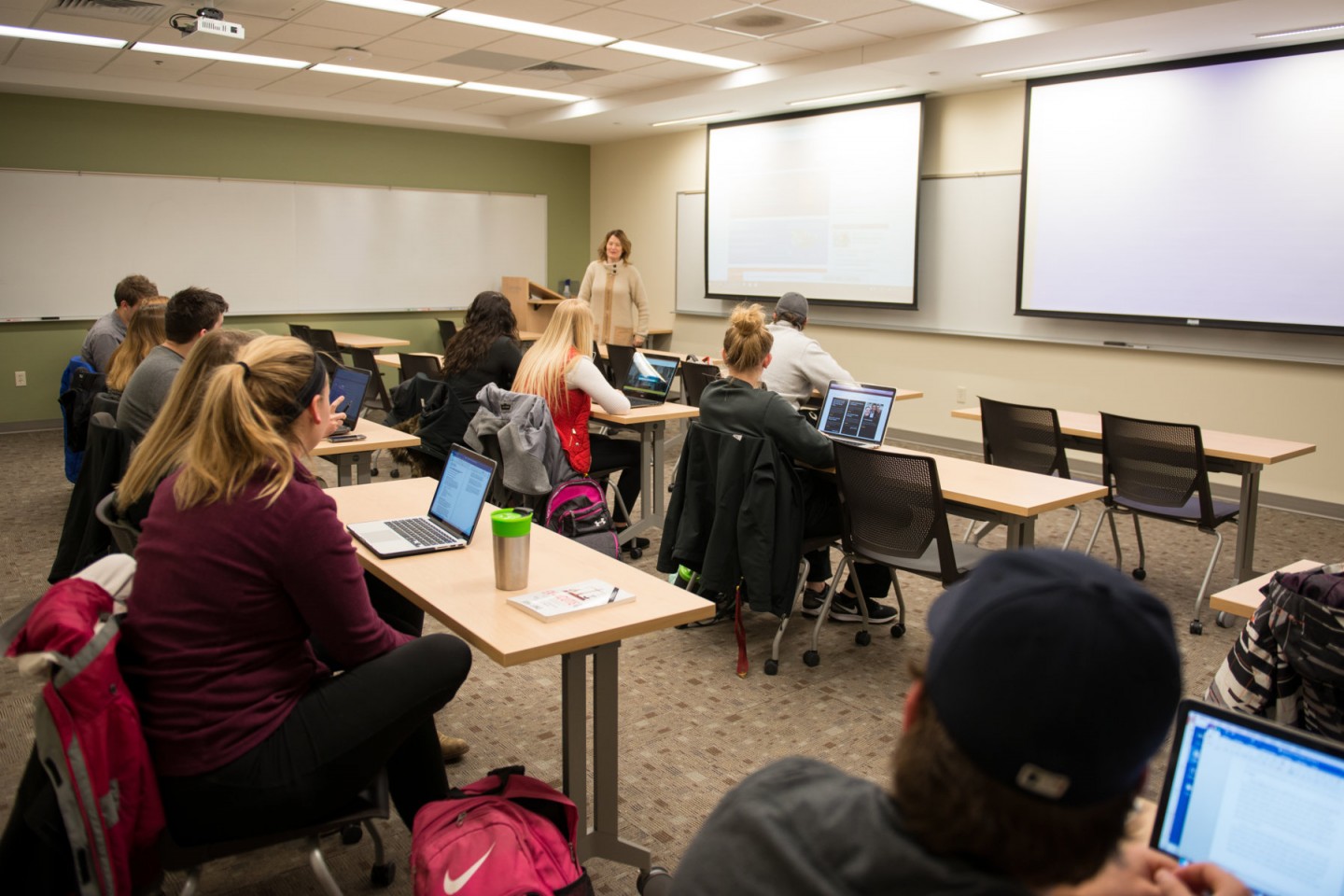 Born and raised in Belgrade, Minn., Gompf always knew she wanted to attend Concordia. So, despite having to face difficult family and financial circumstances, she made her dream of attending Concordia come true. She worked two full-time jobs to pay her first tuition bill.

Following graduation, Gompf landed a job at Great Plains Software (now Microsoft), in which she traveled as part of the team that integrated cultures into the companies they acquired. But as she was starting to raise a family, the traveling became too much, so she started to work in the human resources office here at Concordia.

Soon, she was recruited to be the vice president of Innovis Health (now Essentia Health) and later worked as the vice president of human resources and operations at a small hospital through Catholic Health Initiatives. Eventually, she and her husband decided to move their family back to the Fargo-Moorhead area to be closer to family. Back in the community once again, she consulted for Vogel Law Firm.

When Gompf saw the position of director of healthcare leadership open up at Concordia, she knew she had to seize the rare opportunity to be the third director in the entirety of the 53-year program and, in 2014, she was hired as a full-time faculty member. 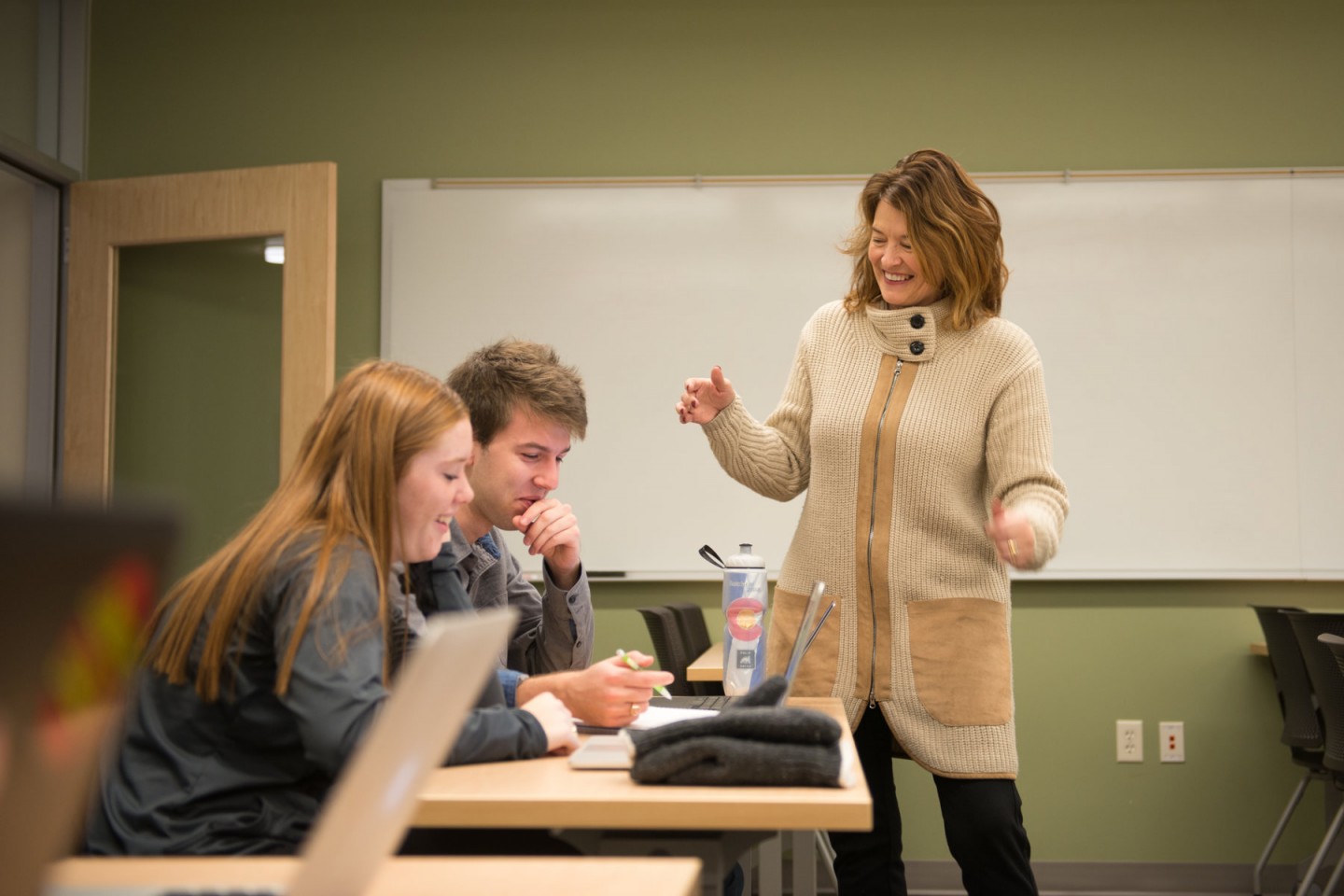 And in the midst of her busy professional life, Gompf also stays active with her husband as they raise four girls. They keep her busy with gymnastics, drama, and volleyball. She also sings in the choir at her church and is on the board of directors of many organizations in the community, relating to music, theatre, and the arts.