Home
About
Traditions
Kernel and Niblet 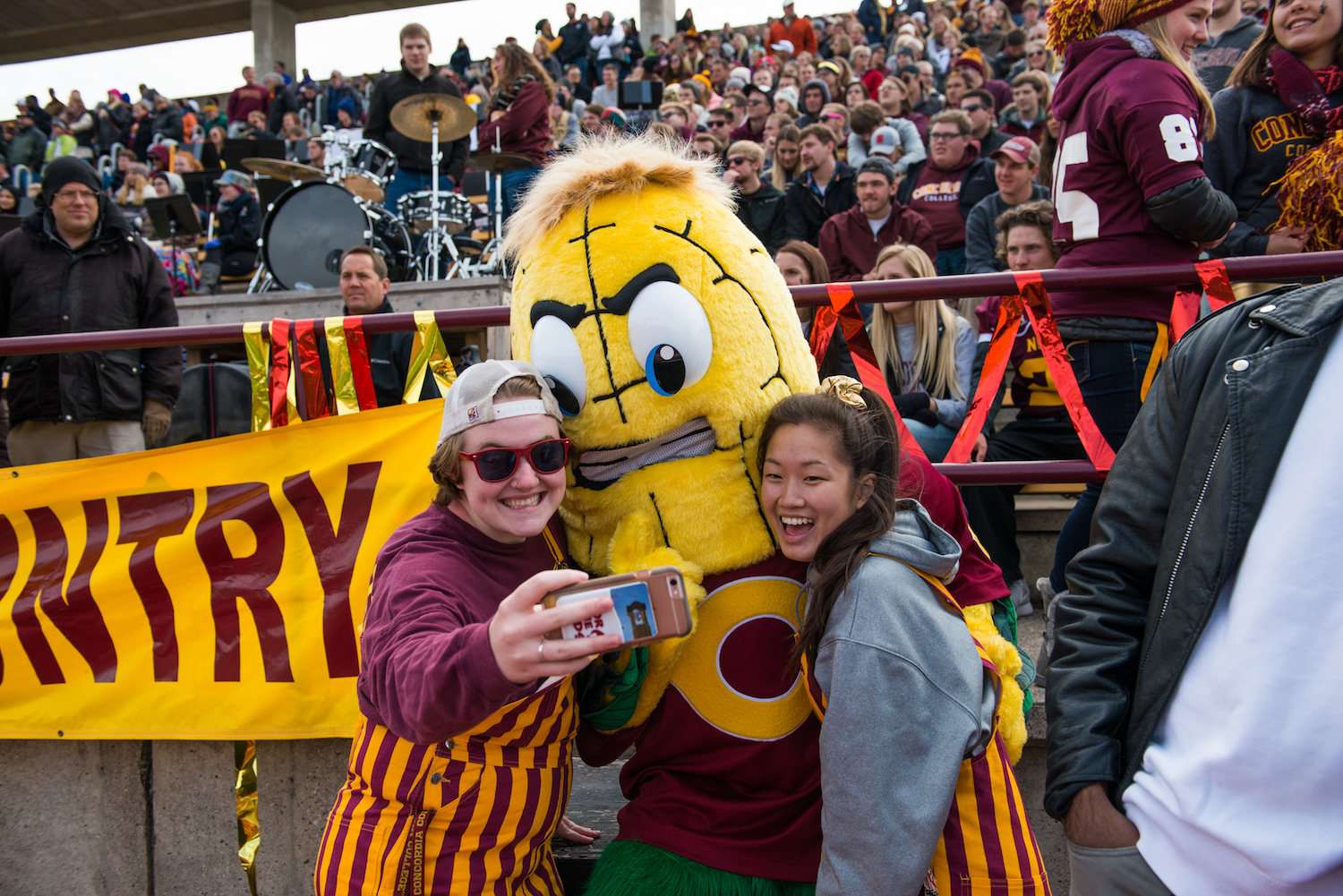 History of the Cobber

Concordia’s corny story began in 1893 when students from Hope Academy, the local Swedish Lutheran school, decided to instigate further rivalry with a chant they made specifically for Concordia students.

President Rasmus Bogstad speculated that perhaps the Hope Academy students wanted to copy the alliteration of Concordia College with their insult, or perhaps the chant was inspired by a cornfield that grew behind the boys’ dormitories. Either way, students found they liked the way “Corncobs” sounded.

By the early 1900s, Concordia’s corny image was growing permanent. “Corncob” stuck around for about 30 years before “Cobber” evolved, first popping up in local sports reports in the 1920s. Concordia’s yearbook then changed its name from Scout to Cobber in 1932 and the rest was history. 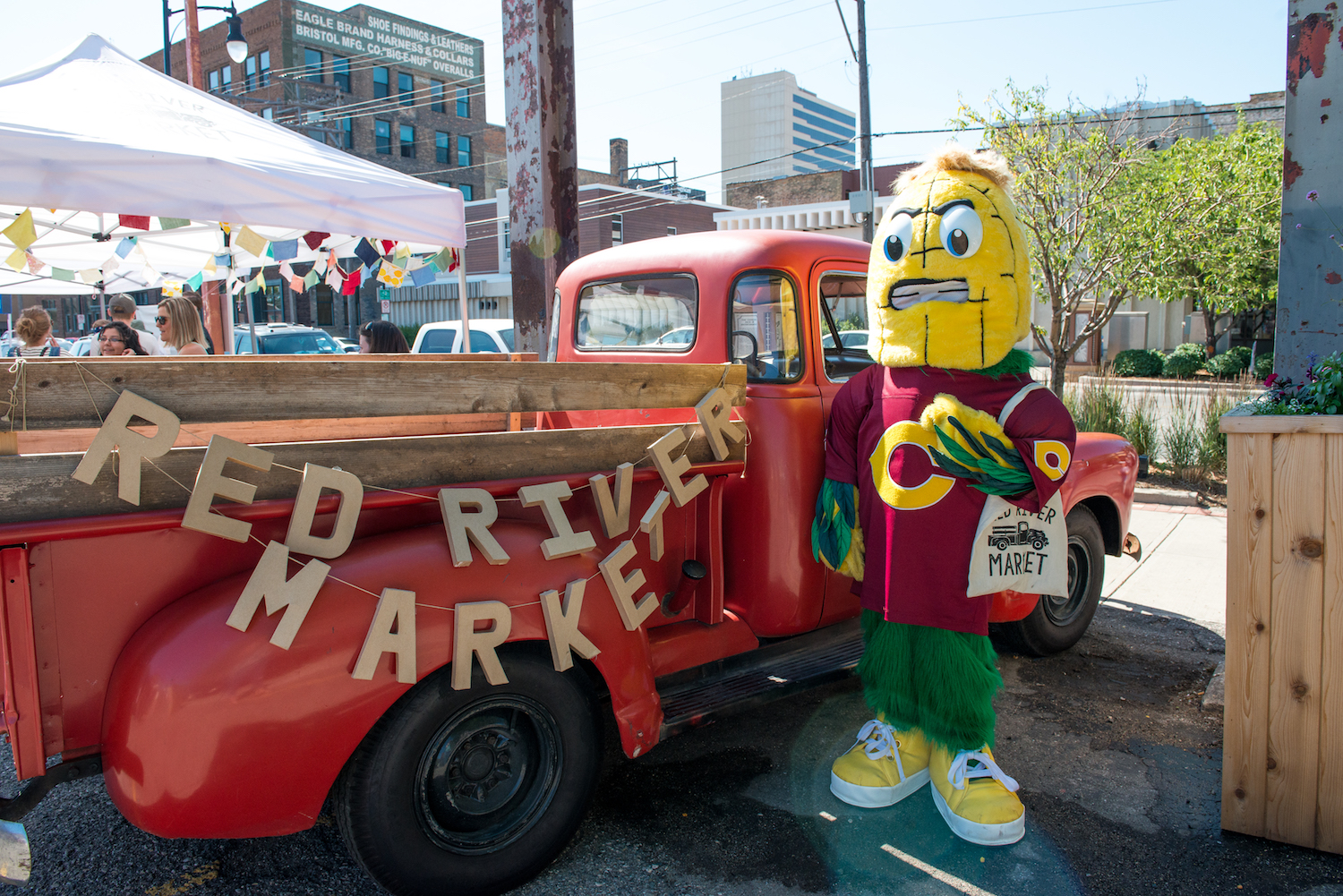 It wasn’t until 2006 that “the Fighting Cobber,” who showed up at games, got a makeover from a simple cob to the friendly but ferocious Kernel we know and love today. Kernel made their debut during 2006 Homecoming events and has been dazzling ever since. In 2009, Kernel earned a spot on ESPN’s list of creative, innovative, or quirky college team nicknames. In 2016, NCAA named Kernel the #1 Meatless Mascot in College Sports. 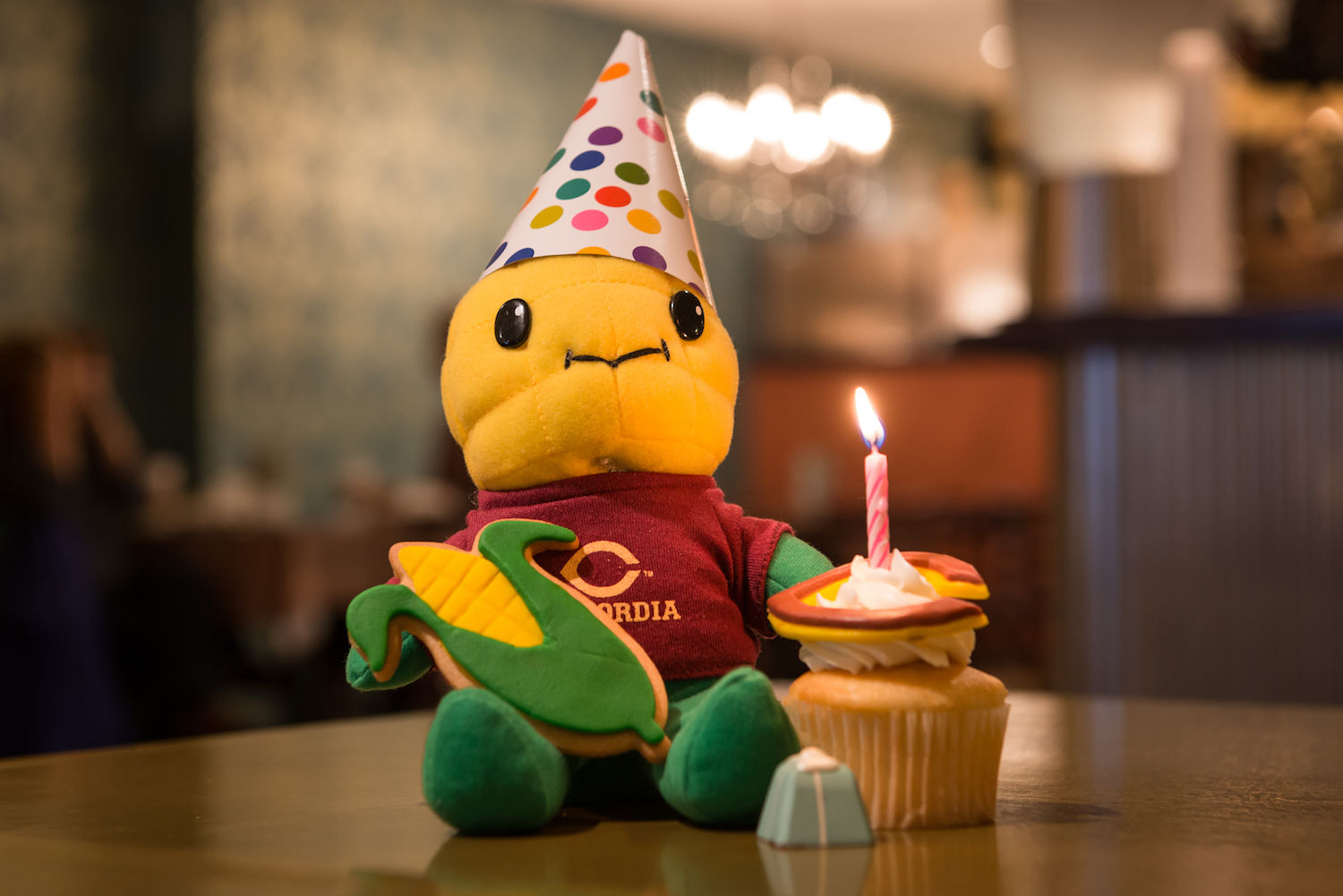 Around 2010, the idea of Kernel’s little cousin, Niblet, came (Concordia’s version of Flat Stanley). Soon after, #NibletTravels became popular as social media was on the rise and Niblet plush dolls began to be mass produced so every Cobber could own one. 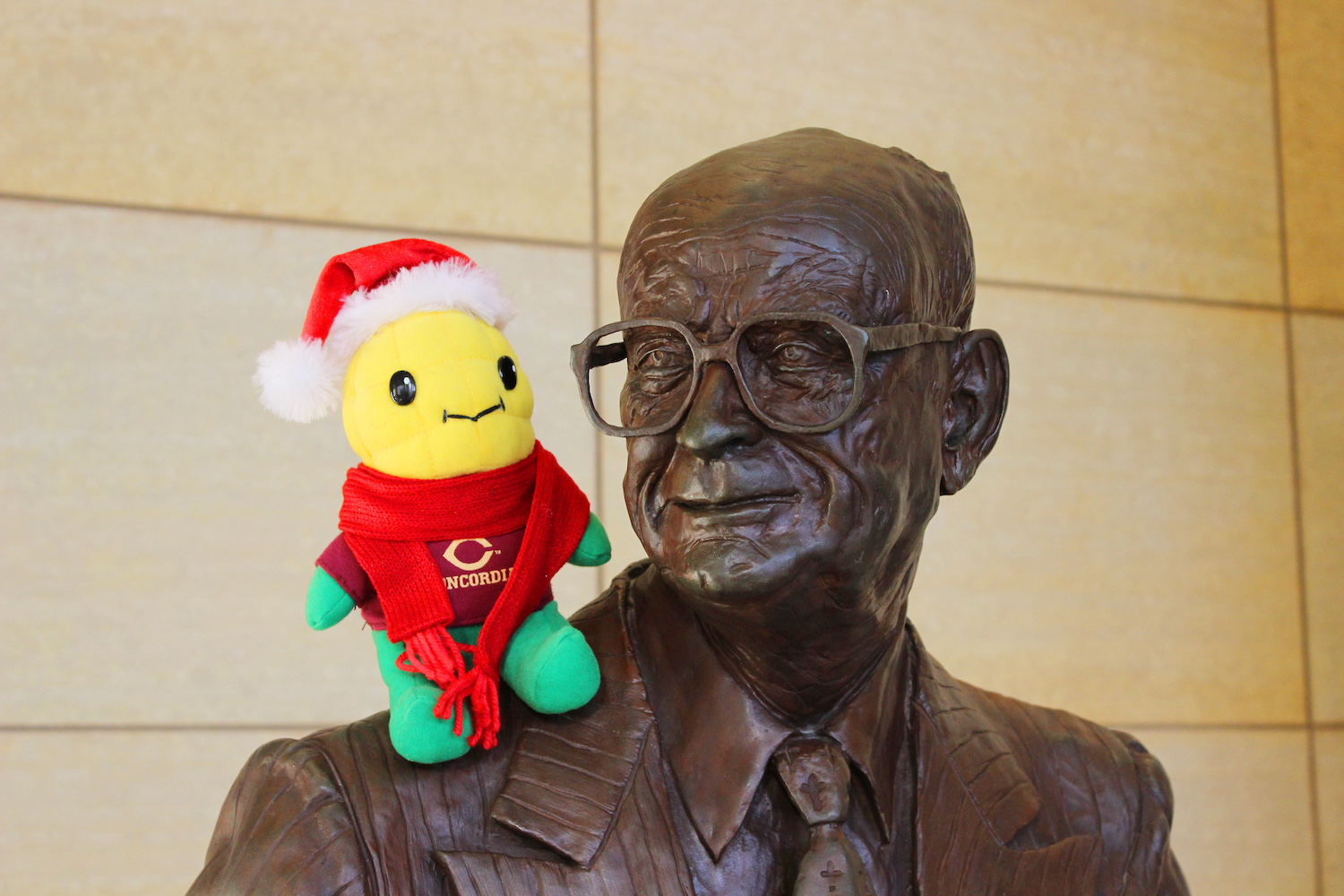