Political science major Dreyton Rud ’22 shares his experience from the Lutheran College Washington Semester internship program and how it led to a full-time position following graduation. 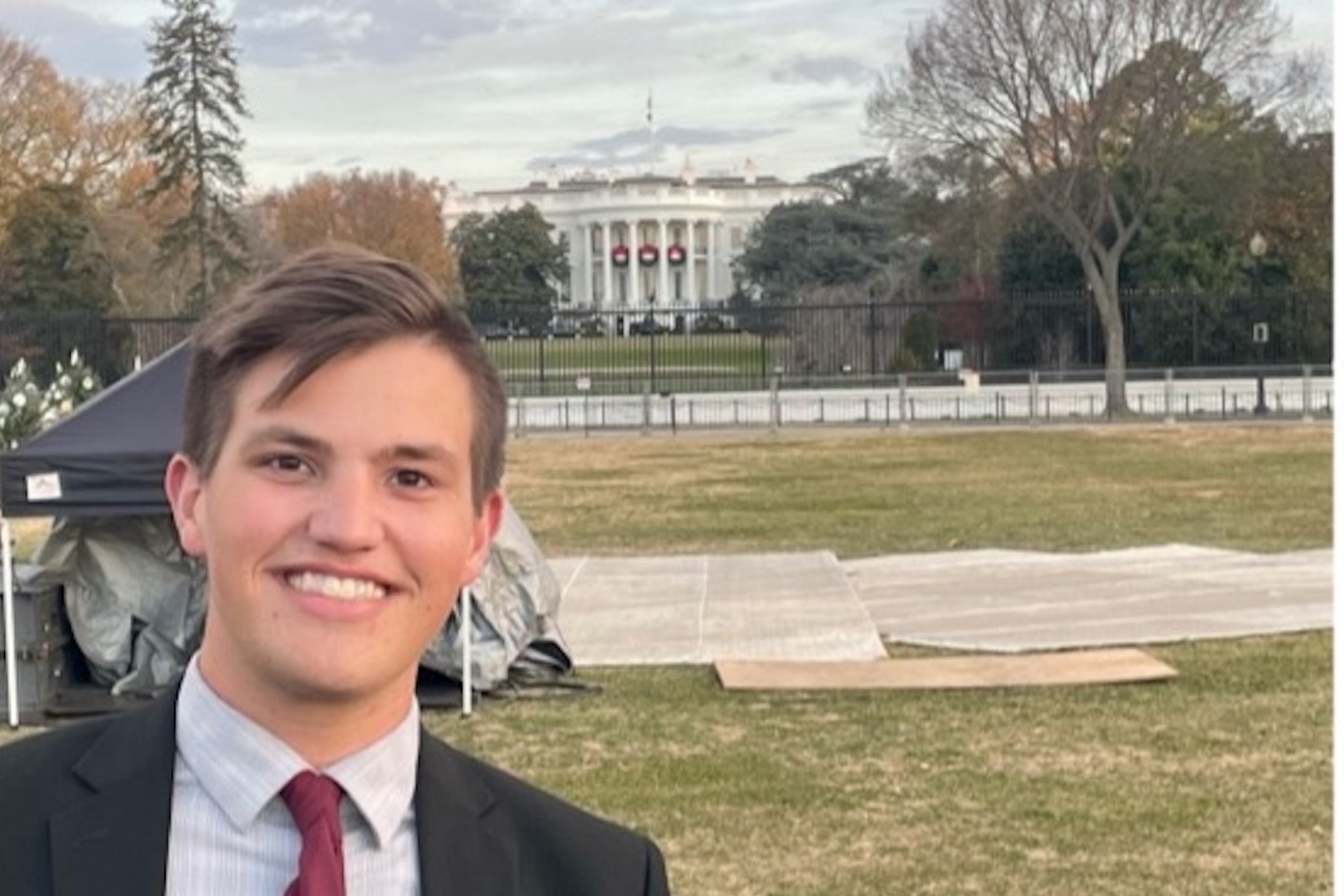 A series of spontaneous decisions led me to go to Washington, D.C., for the Lutheran College Washington Semester (LCWS) program in Fall 2021. As a senior at Concordia, I was hesitant to miss out on campus happenings. When I heard that the registration deadline was extended to attend the program, though, I took it as a sign that it was something I ought to pursue.

How did I overcome the notorious fear of missing out? Being in the Fargo-Moorhead community and at Concordia is such a great college experience (one of the best, might I say), but I recognized that I am about to be sent off into the world and that would be my last chance to take advantage of the college’s resources to give me a firmer foundation in kickstarting my career. I decided I’d give it a go.

Early last summer, I applied to nearly two dozen different internships at different organizations, agencies, offices, and think tanks. Worry not, LCWS is very helpful in this process. In fact, I noted that my professional development took off before I even got to D.C. through the program’s résumé and cover letter workshopping and mock interviews. Finally, I got an offer to intern with the U.S. Senate and I accepted. The pieces began to fall into place. 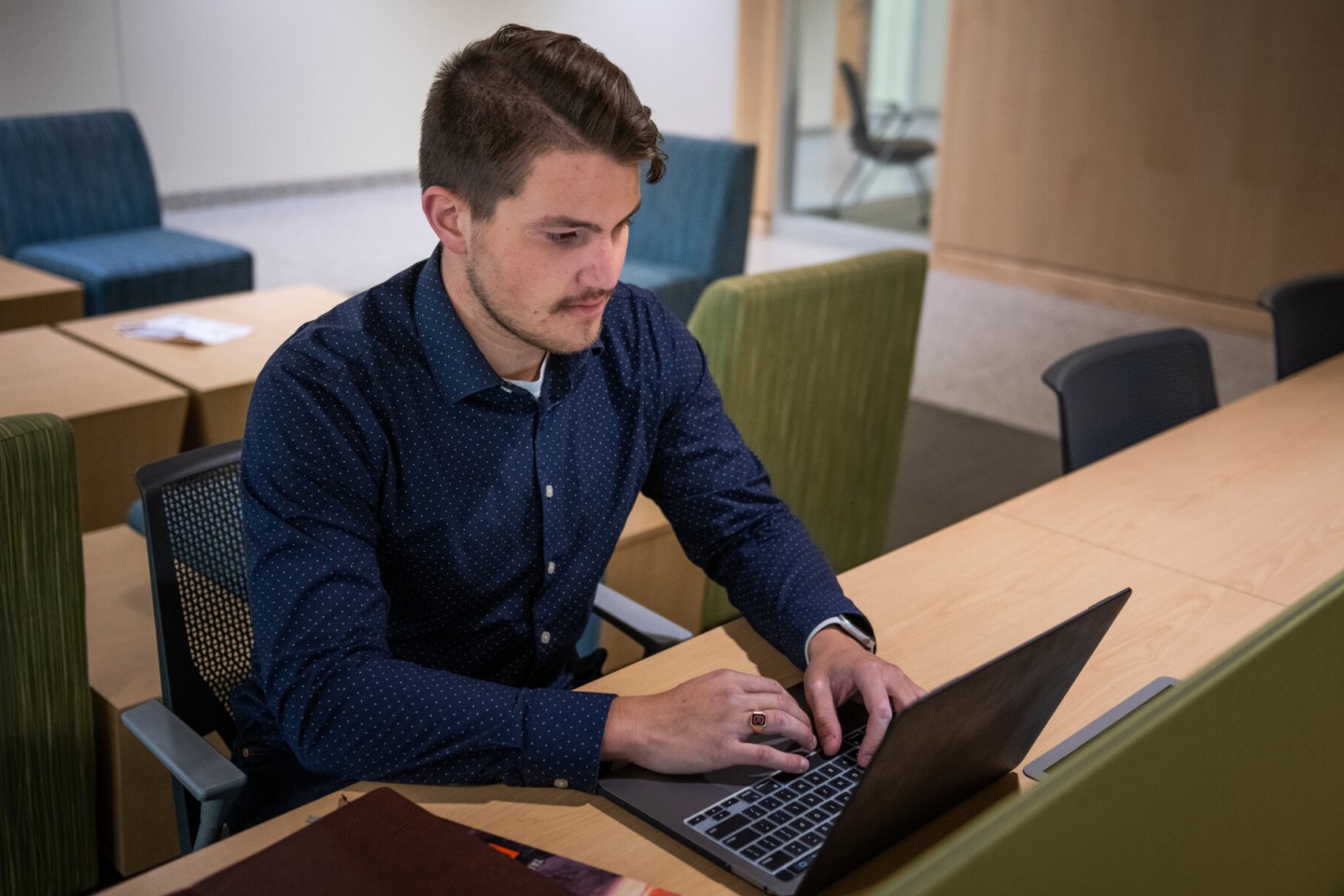 I shipped a couple of boxes of my belongings out to LCWS in advance but because I had more that I wanted to bring, I made the last-minute decision to cancel my flight and rent a car to road trip out to Arlington, Va., where the LCWS housing is located. After about 20 hours of driving, I safely arrived in Arlington. I had already communicated with my roommates, so it wasn’t the least bit weird or uncomfortable moving in with them.

I grew up in New Salem, N.D., a small town of less than a thousand people, yet I had a relatively easy time adjusting to life in the big city. Living in Arlington was convenient and not as busy as the District. After a few metro rides, I conquered my routes and timing. The biggest adjustment was figuring out how to commute without my work shoes tearing my feet apart. Spoiler alert: I learned to wear tennis shoes to work and change after arriving. I also discovered that I am an abnormally fast walker and learned that I could slow down on my commute so I didn’t arrive as a sweaty, sore mess. 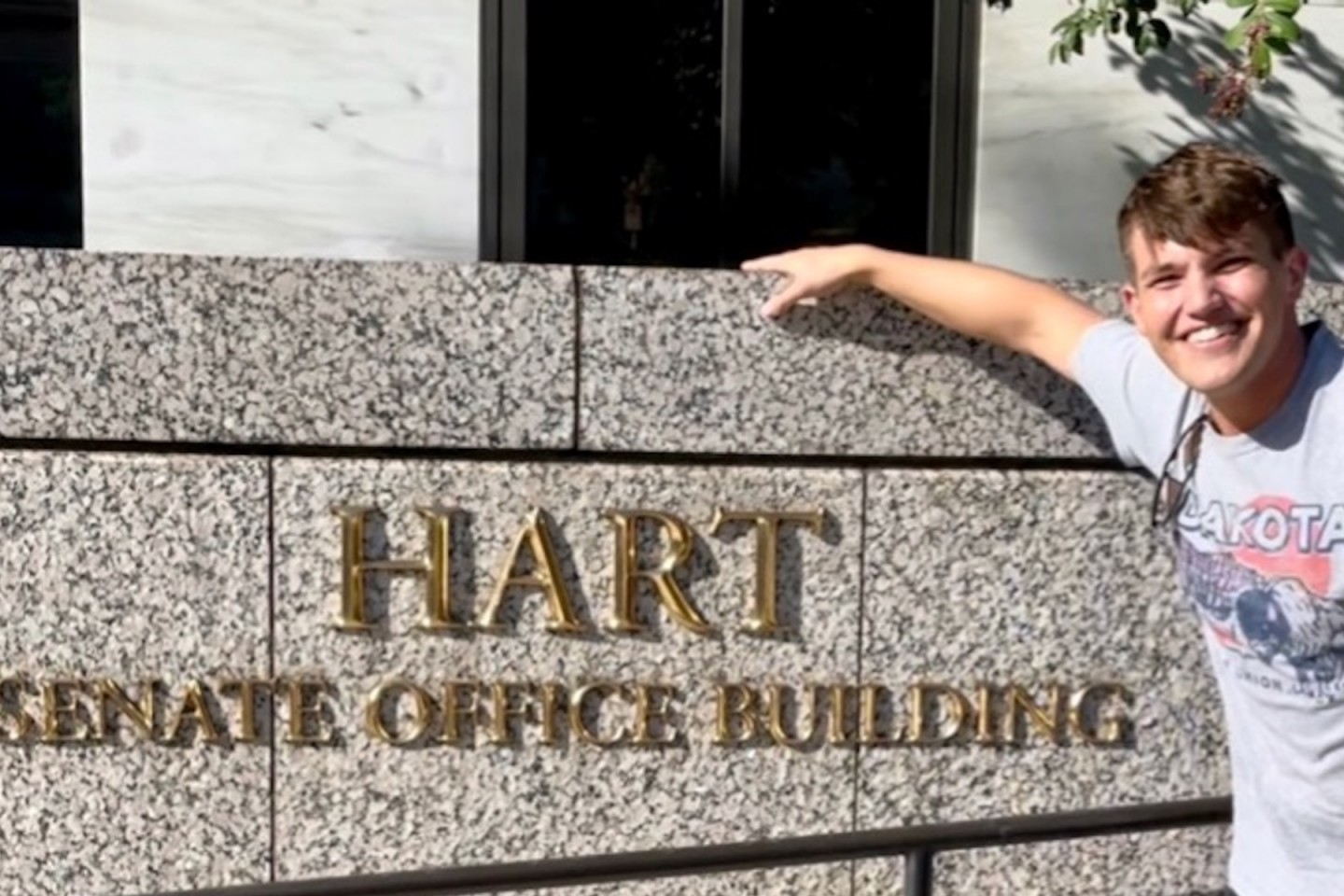 As an intern on the Hill, I was tasked with certain administrative routines as well as more specialized tasks that got me involved in the different operations of a U.S. senator’s office. For example, I did not only organize our constituent database and answer phone calls, but I also got the chance to attend congressional hearings, write constituent letters on particular issues, and write one-pagers to help the legislative affairs staffers. Although a major component of my internship was to aid office operations, my supervisor also had concern for my own professional development and personal interests.

In addition to my internship, the LCWS program hosts weekly field trips at sites throughout the DMV (District, Maryland, Virginia) area. My favorites were taking a Segway tour around the National Mall and hiking in Rock Creek Park for National Take a Hike Day. Rock Creek Park is a hidden gem in the heart of D.C. proper that felt much like hiking back in Minnesota. I spent quite a bit of time there to ground myself after a busy week of work and school. 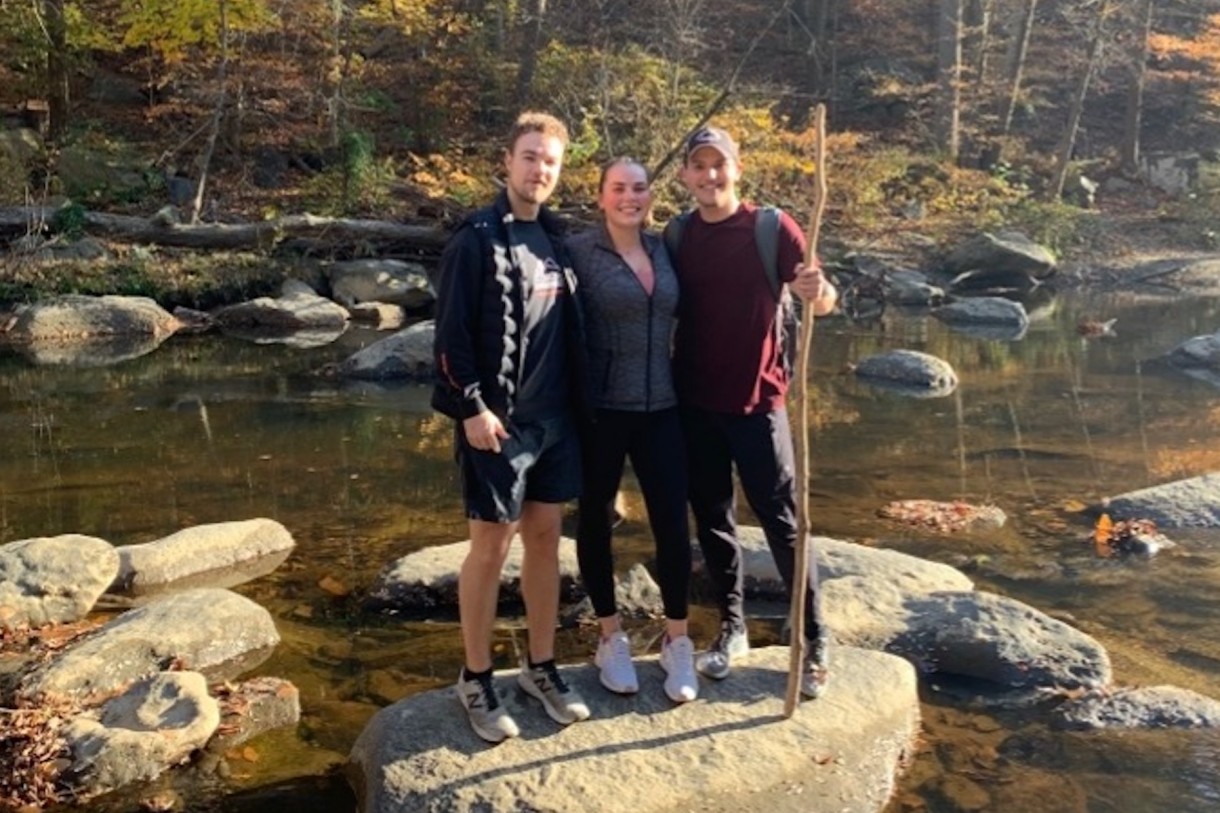 In brief, my coursework at LCWS was not incredibly time-intensive because the instructors understand that LCWS students are full-time interns. I took Conflict Management and Resolution with Professor Wagner and Global Agenda with Professor Kaiser. I was told that the LCWS experience feels much like being a full-time employee in grad school so if you are considering that route, this program can help you explore the work-school-life balance.

My time on the Hill was surreal, to say the least. My biggest takeaway was the network I built — not only around the Capitol Building but in the greater community. I even met a Cobber alumna while working one day, which eventually opened an internship opportunity for when I returned to Fargo-Moorhead for spring semester. Because of the impression I left while in D.C., I was offered a full-time position after graduation back on the Hill. Concordia helped take me places and meet people that I otherwise might not have ever encountered.

The semester was an incredible experience that I wouldn’t trade for anything. If you’re considering applying for this program, do it. It will be an experience to remember, I promise. 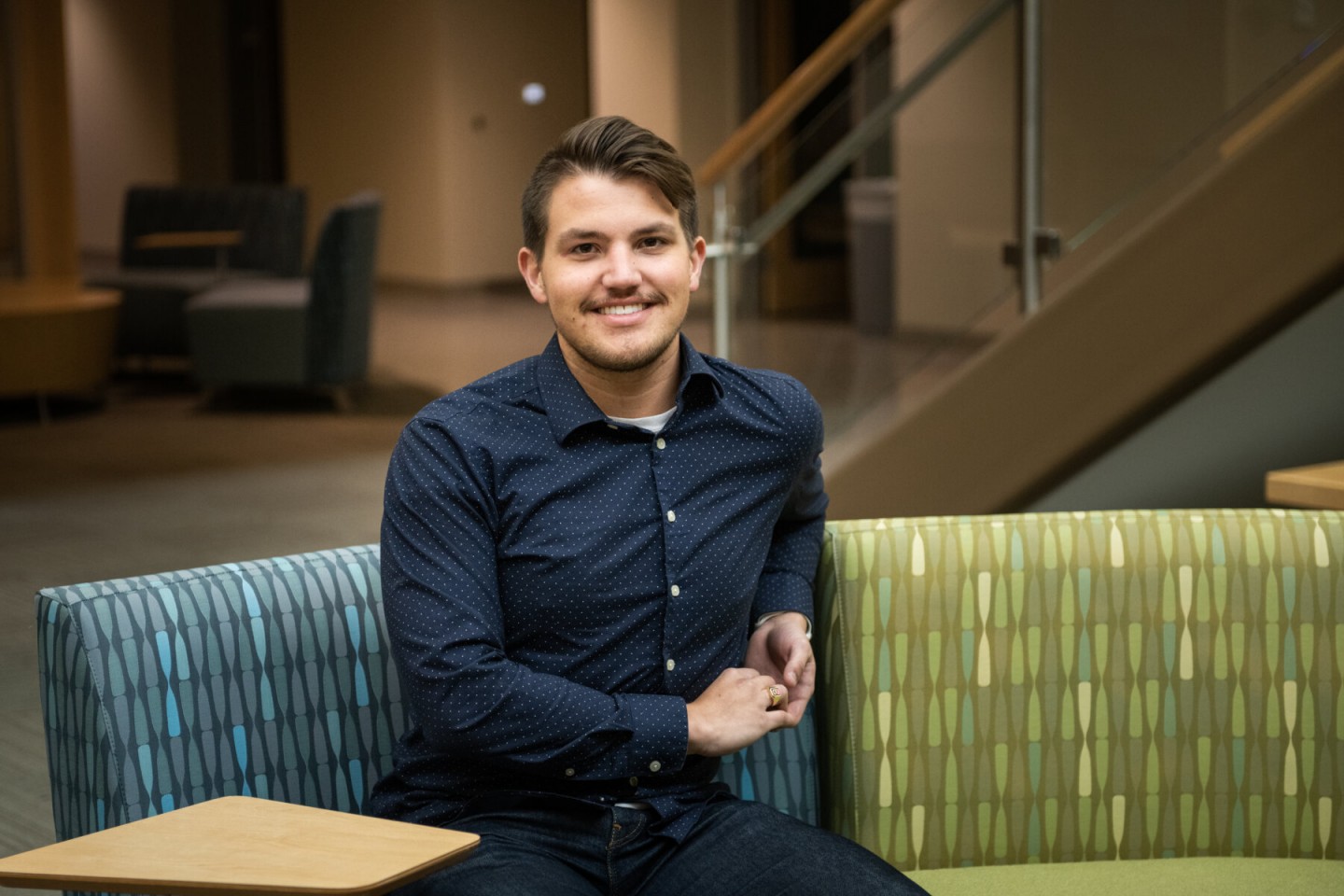 Learn more about the LWCS program