Dr. David Borge ’76, registered dietitian Kayla Lindquist ’17, and Dr. Mark Hiesterman ’00 all share a passion for helping others. That, coupled with a sense of adventure, brought each of them independently to the same Saipan hospital in the U.S. commonwealth of the Northern Mariana Islands. 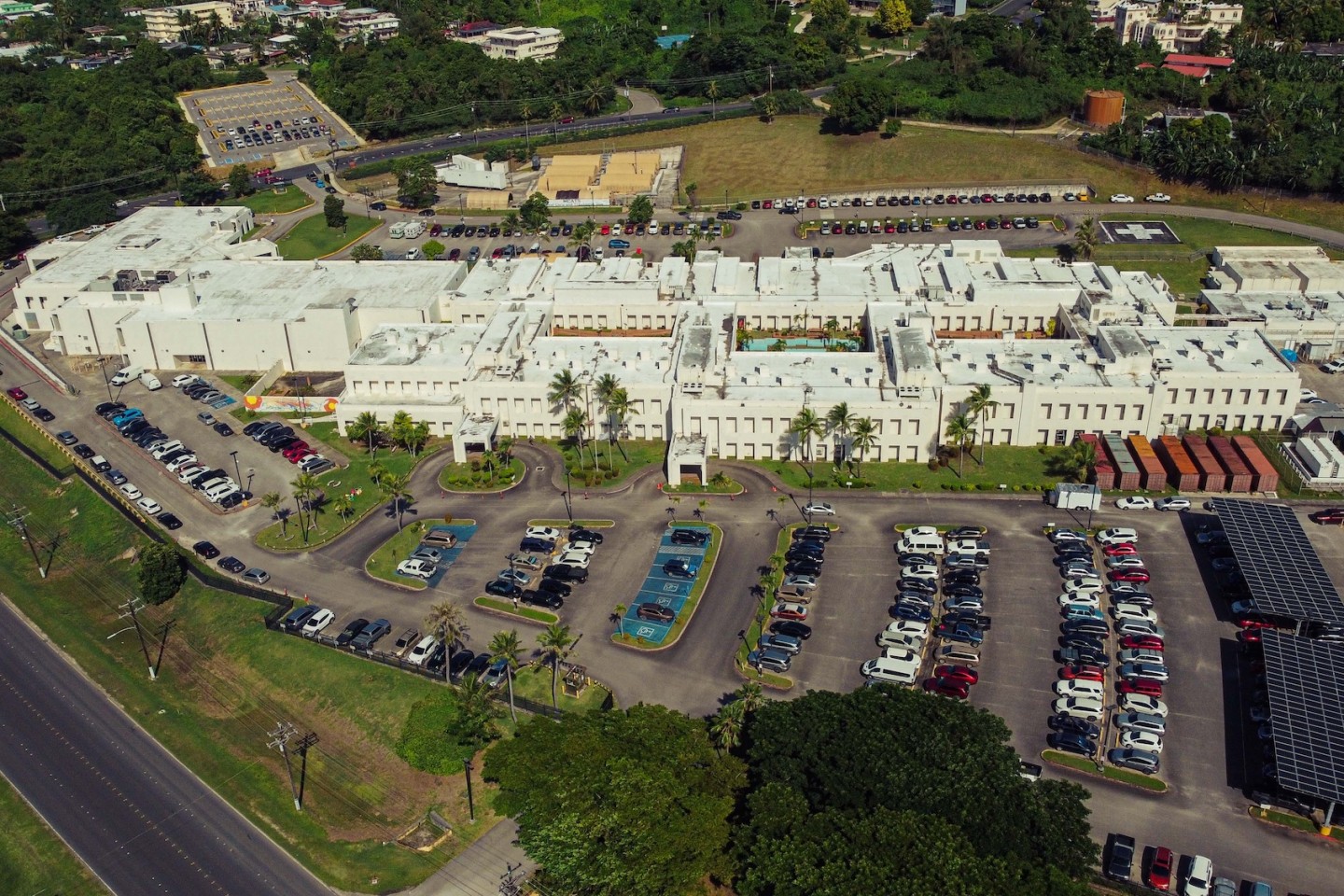 It is no stretch of the imagination to see why someone would want to work in Saipan. The picturesque island in the western Pacific offers its residents white sand beaches, lush jungles, and warm breezes.

What is a stretch, though, is discovering a colleague who attended the same small college nearly 6,700 miles away — and not just one, but two co-workers.

While at a work party, Hiesterman was chatting with Borge, an OB-GYN. As usual on an island filled with expats, the conversation turned to home and college days.

“I told him that I attended a small, private college in Minnesota right next to Fargo,” Hiesterman says. “He said, ‘me too,’ and my jaw dropped when he mentioned Concordia.”

It was a similar reaction when Borge met Lindquist, a new teammate on his outrigger paddle crew, and noticed something familiar on her hand. Borge took a closer look and discovered it was the famous Cobber ring.

“David and I instantly had so much to connect about,” Lindquist says. 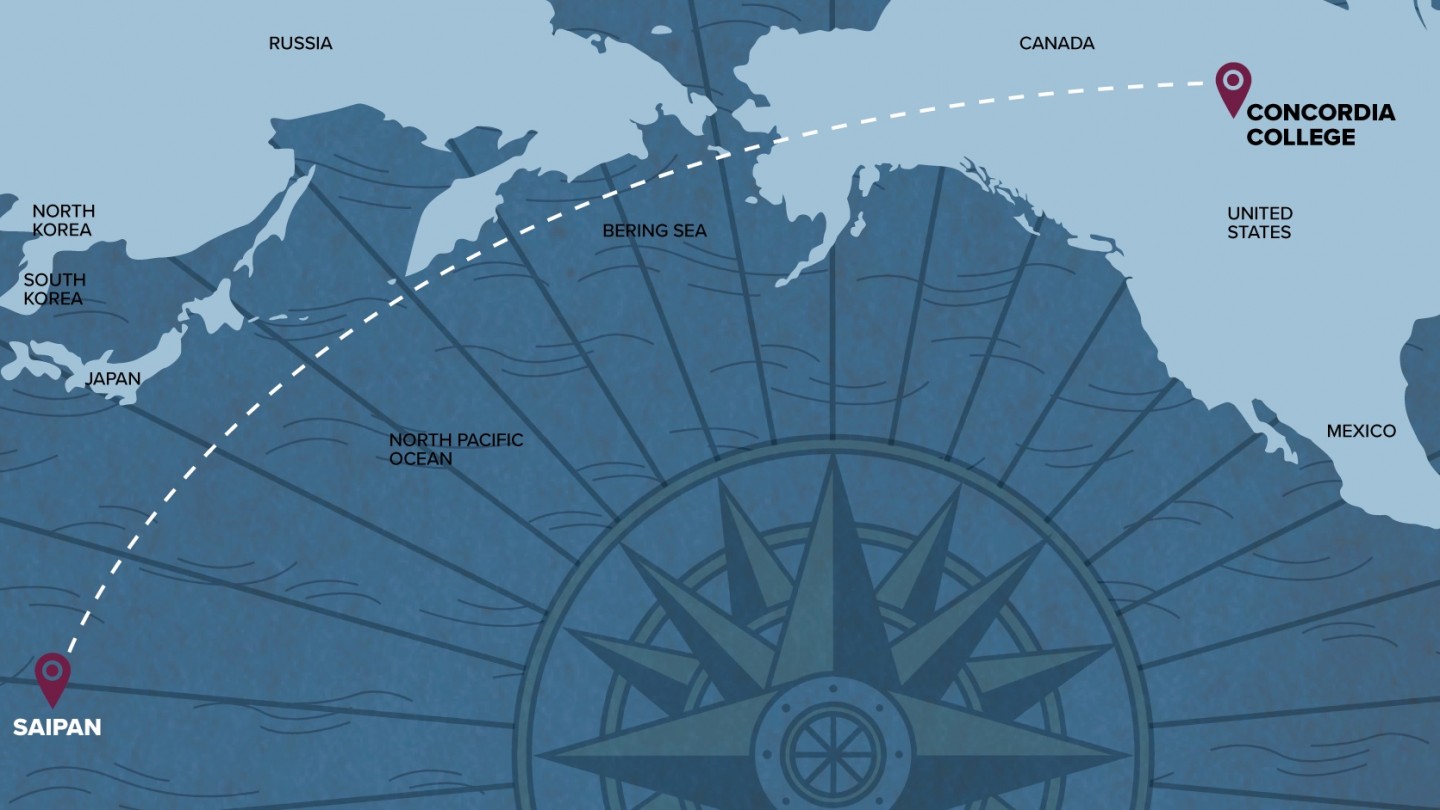 Hiesterman joined the Commonwealth Health Center, the island chain’s only hospital, as a general surgeon after spending his life in the northwest and Upper Midwest.

“I wanted a change and some adventure,” he says. “When the chance to move and work in Saipan came up, it seemed like a great opportunity.”

Borge is no stranger to living overseas, having grown up in Madagascar with medical missionary parents. His volunteer work and career have taken him back to Madagascar and to Niger, Panama, Cambodia, Mexico, and Haiti. He considered working in New Zealand as a “retirement” adventure, but bureaucratic issues led him to Saipan instead.

For Lindquist, it was the beautiful beach photos that accompanied a job posting that captured her attention.

“I had to investigate more because it definitely seemed too good to be true,” she says. “My dream job is to be a travel NICU dietitian, so naturally when the Saipan opportunity arose, I couldn’t say no. It’s been such a perfect fit for me so far.” 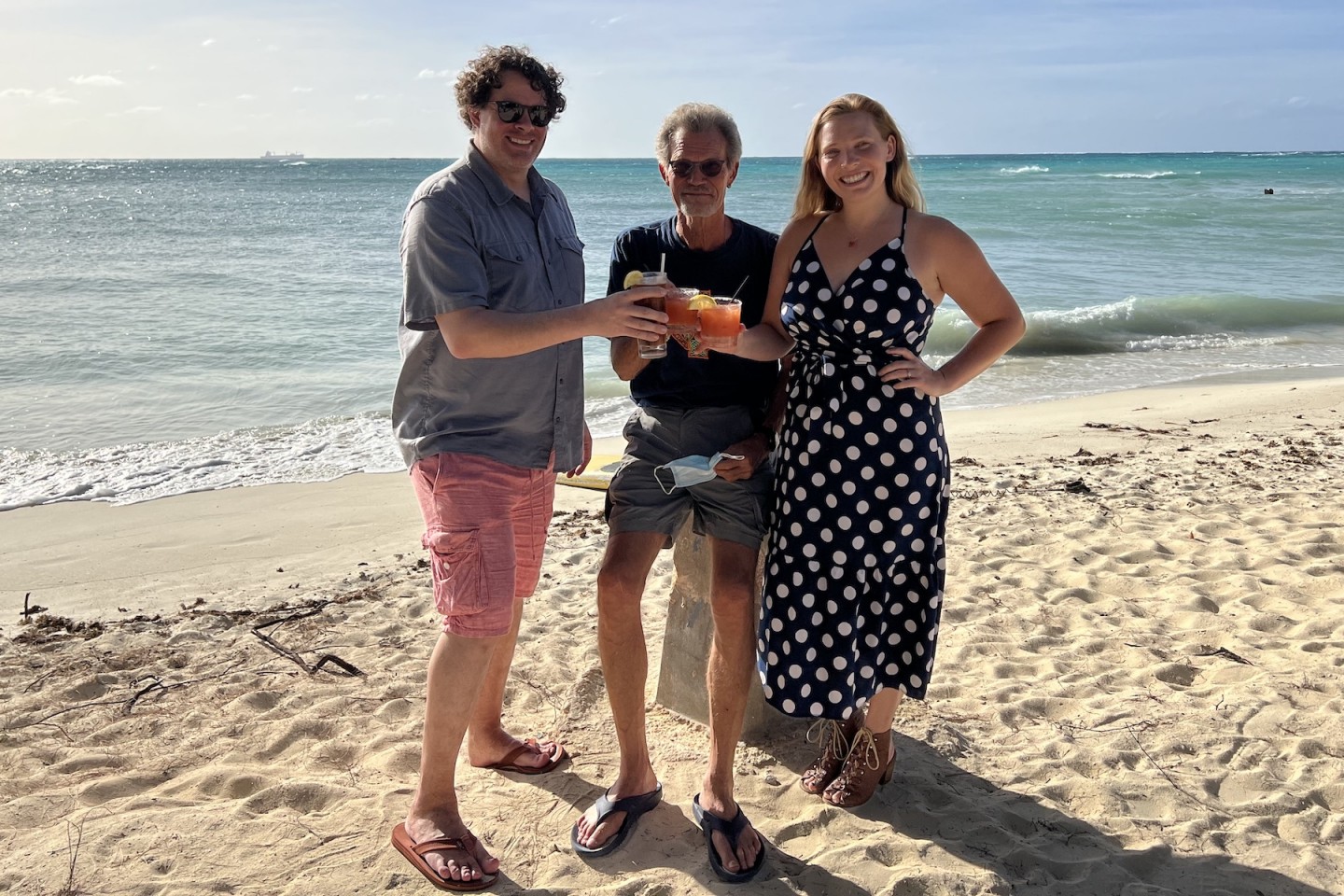 “The work is challenging with a fairly sick population and few outside resources,” Borge says.

With a dependency on ocean freighters for most goods, sometimes certain foods and products run out before a new cargo ship arrives.

“We don’t have all of the equipment or products routinely used on the mainland. Despite this, we get the job done and provide the best care possible,” Hiesterman says. “We sometimes have to get creative and go beyond our comfort zones.”

With Concordia’s mission to create globally engaged citizens, Hiesterman and Lindquist say their education played a large role in where they are today.

“I believe Concordia really encourages its students to take the world head-on and overcome hardships. With three Cobbers on this tiny island, it’s a testament to those values.” — Dr. Mark Hiesterman ’00

Lindquist says the values instilled at Concordia continue to guide her. She points to her work helping solidify a donor breast milk policy at the hospital and an effort that saved animals from being euthanized in a shelter as recent examples.

“Concordia taught me that it’s not only important to think critically and holistically about your environment but to take action to create and leave something sustainable in that environment,” she says.

Much of Borge’s career has focused on taking care of challenged socioeconomic populations, which he largely attributes to his upbringing. But he says semesters abroad, good professors, and the nurturing and accepting nature of Concordia provided him with the tools to care for others around the world. 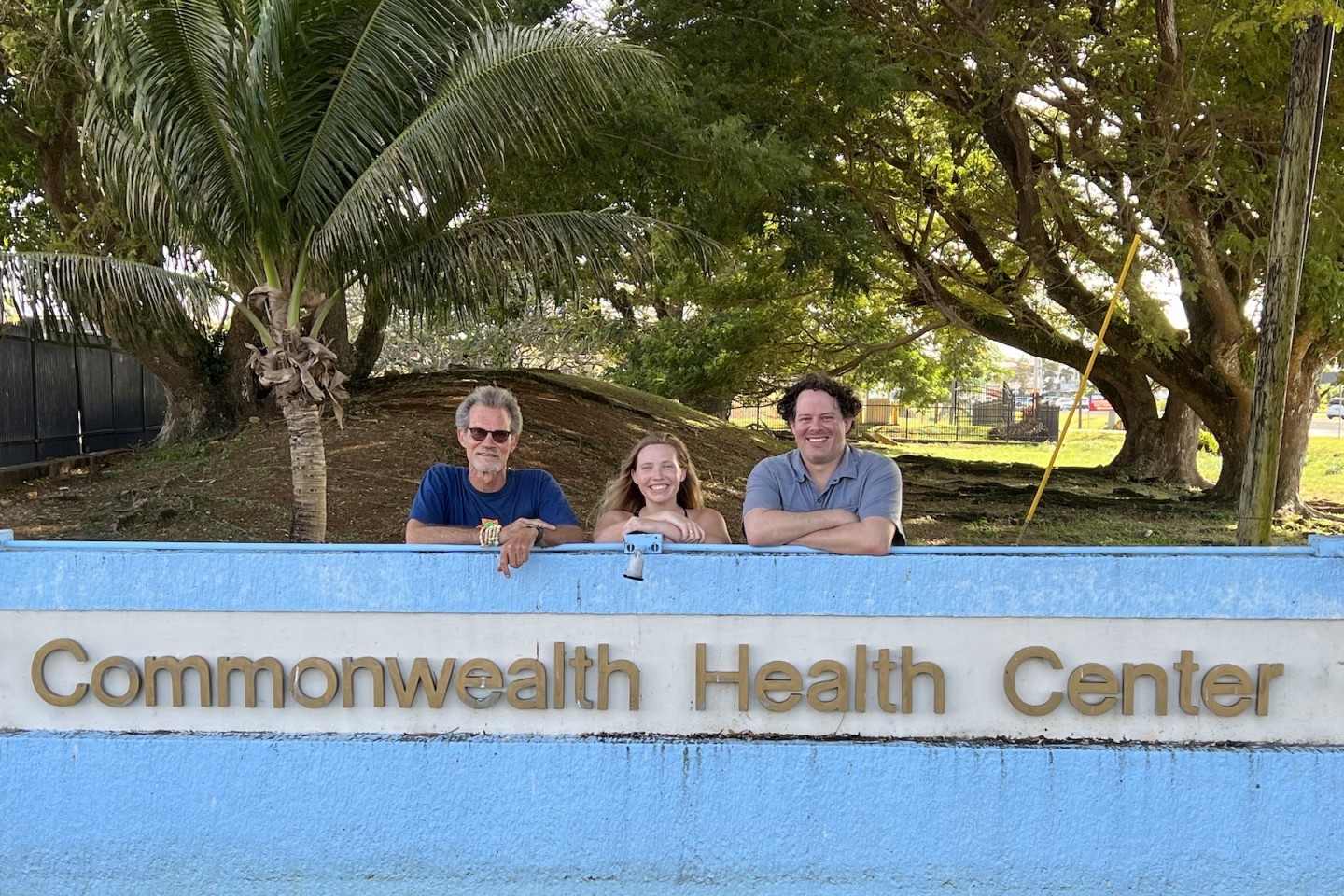 Following Their Footsteps (in the sand)

“We all agree that finding three Cobbers on an island in the middle of the Pacific was so rare,” Borge says. “It had to be significant for some greater purpose.”

That purpose, they believe, is to inspire future Concordia graduates to think big and go beyond our borders.

“There is a tremendous need for all manner of care and all manner of adventure. The only limit is your imagination,” Borge says. “Going on medical (or other) missions will contribute to your growth as a human being and will provide for a better life for those you serve. Don’t wait — start now.”

Lindquist advises students to find their joy in all aspects of life.

“We are not guaranteed anything in this life, and the last thing you want is to find yourself regretting missed opportunities and connections,” she says. “Being authentic will make the biggest impact on yourself and others.”

Hiesterman echoes those sentiments and adds to not be afraid of the unknown.

“Sometimes the best experiences and memories come from the least expected places,” he says.

Editor’s note: A version of this story was originally published in the 2022 Concordia Magazine