Passionate about preserving history and sharing stories, Christian Belz ’19 created an interactive map of Fargo-Moorhead including photographs of old buildings alongside audio clips of people’s memories. 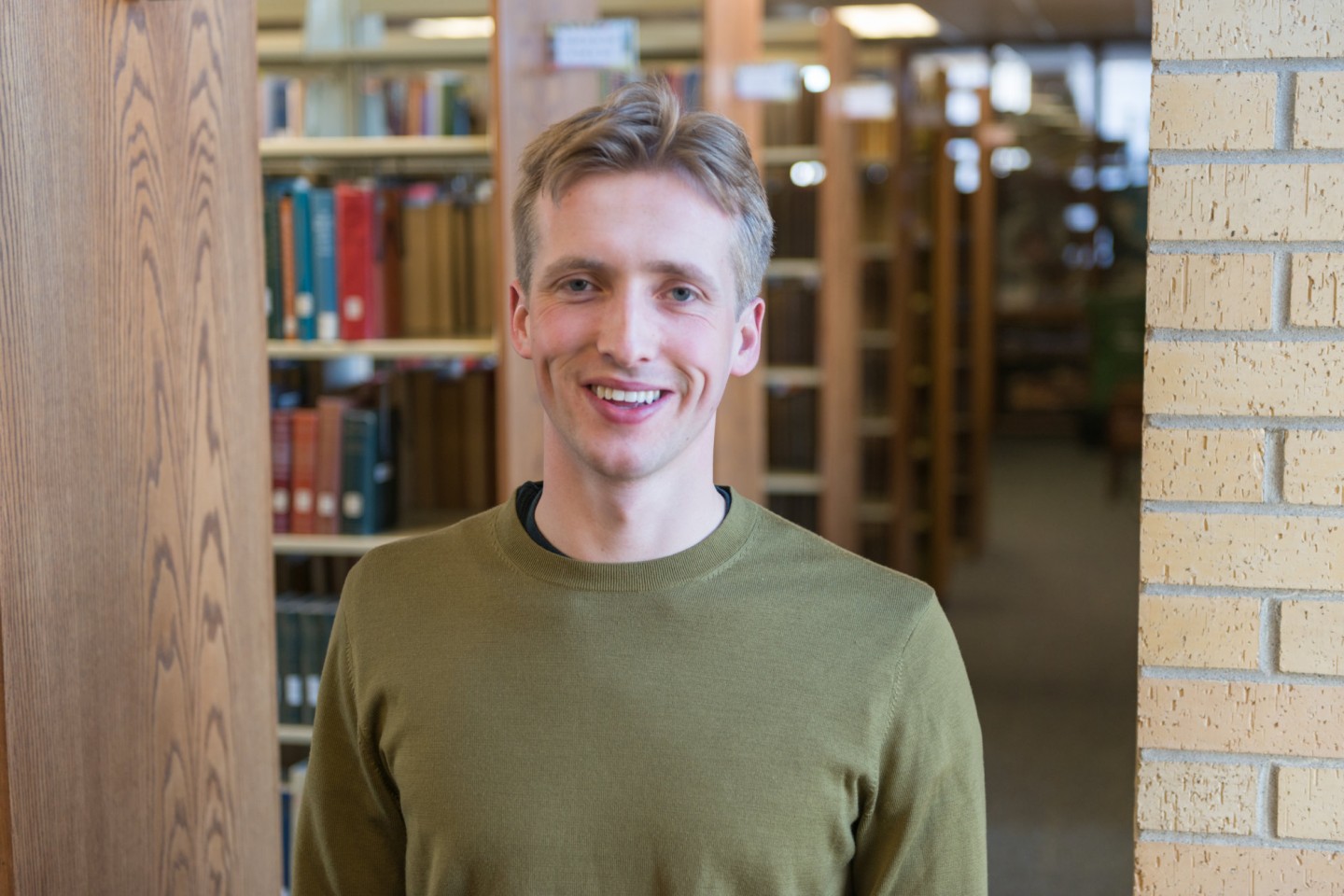 Why did you choose to double major in communication studies and heritage and museum studies?

Originally, I was a marketing major in the Offutt School of Business and I was super excited because I knew that as a marketing major I could use it for so many different things. Then, I started taking economics classes and I didn’t do too well. I decided to look elsewhere, so I ventured over to the communication studies and theatre art department. One of my roommates, Chris Cartwright, had an advisor named Dr. Kirsten Theye and he suggested that I connect with her. She told me about the major and I was hooked. I think it was in my sophomore year that I wanted to add museum studies. It just worked out great as an interesting pairing. Only one other person has done it, so a lot of it was charting my own course.

Tell us about your PEAK project for your heritage and museum studies major.

It’s a long one. I went to a COSS event my junior year where somebody had made a map of Moorhead and plotted all of the points of public art around the city. She said she heard that I was interested in old buildings because I had done a little bit with the Kilbourne Group and she encouraged me to do something similar with these old buildings. So, last spring, I sat down at a table up in the Concordia Archives with Lisa Sjoberg and she went over how to plot points on a map. I had never done any type of GIS artwork before. To say the least, I was very intimidated. She taught me all kinds of tools, but then I went to Norway over the summer.

When I got back, I thought, “What if I used archival photos of these old buildings for each plot of the point on this map?” Then, I decided that I have to do Fargo too so these memories cross over the bridge. And then I had the idea of doing interviews as well and attaching audio clips to each plot because it’s hearing those stories that make these archival photos so interesting. They are no longer stagnant. All these buildings were torn down 30 years before I was born, but hearing these stories of people’s memories bridged that connection. I got a sliver of what life was like at that time. 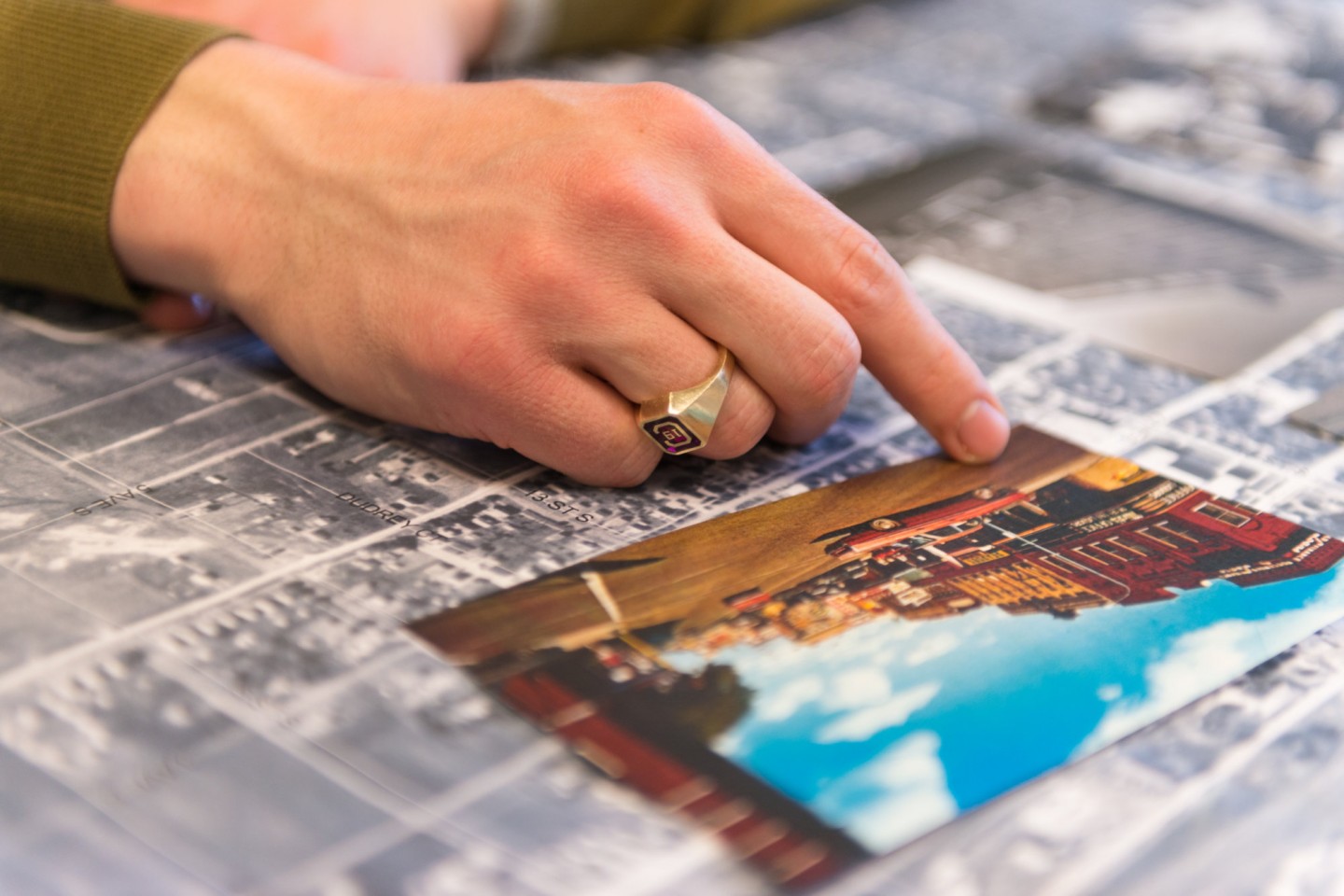 The whole experience was just so enriching. Initially, I was just going to gather stories for a week, but then I kept getting all these phone calls from people who wanted to meet. I heard stories about club bathrooms and this bar called the Aquarium where there were fish tanks around the ceiling in the 1930s. There were all these characters that just came to life. It’s so cheesy, but you could see these people dancing, hear the music, and smell the bakery. You could see all these characters that made the downtown area interesting. It was so fun.

My goal with this project is to preserve oral history. What survives are government documents and photographs but not many people’s stories. This is a vulnerable, real kind of history that needed to be preserved.

How did this project help you become responsibly engaged in the world?

It forced me to go out of my comfort zone and talk to complete strangers. I also learned that not everybody is comfortable with recordings. The first person I talked to brought me a poem that he wrote about Moorhead. He was a police officer in the ’50s, but he didn’t want to do any type of interview because not all of his memories were sunshine and lollipops. That’s one thing – not all of these memories were great. It tests that nostalgic view of the “good old days.” Not everyone was welcome at the malt shop. There was discrimination, sexism, drag racing, prostitution – all of that. It’s not as different from the world that we live in now.

One of my favorite classes was Dr. Richard Gilmore’s philosophy class about morals. It was just unbelievable. I also enjoyed public relations with Dr. Theye. Video production with Dr. Carlson also helped me so much with editing the audio clips for my project. He was crucial. And, of course, all the museum studies classes with Lisa Sjoberg. Those four professors are just incredible. 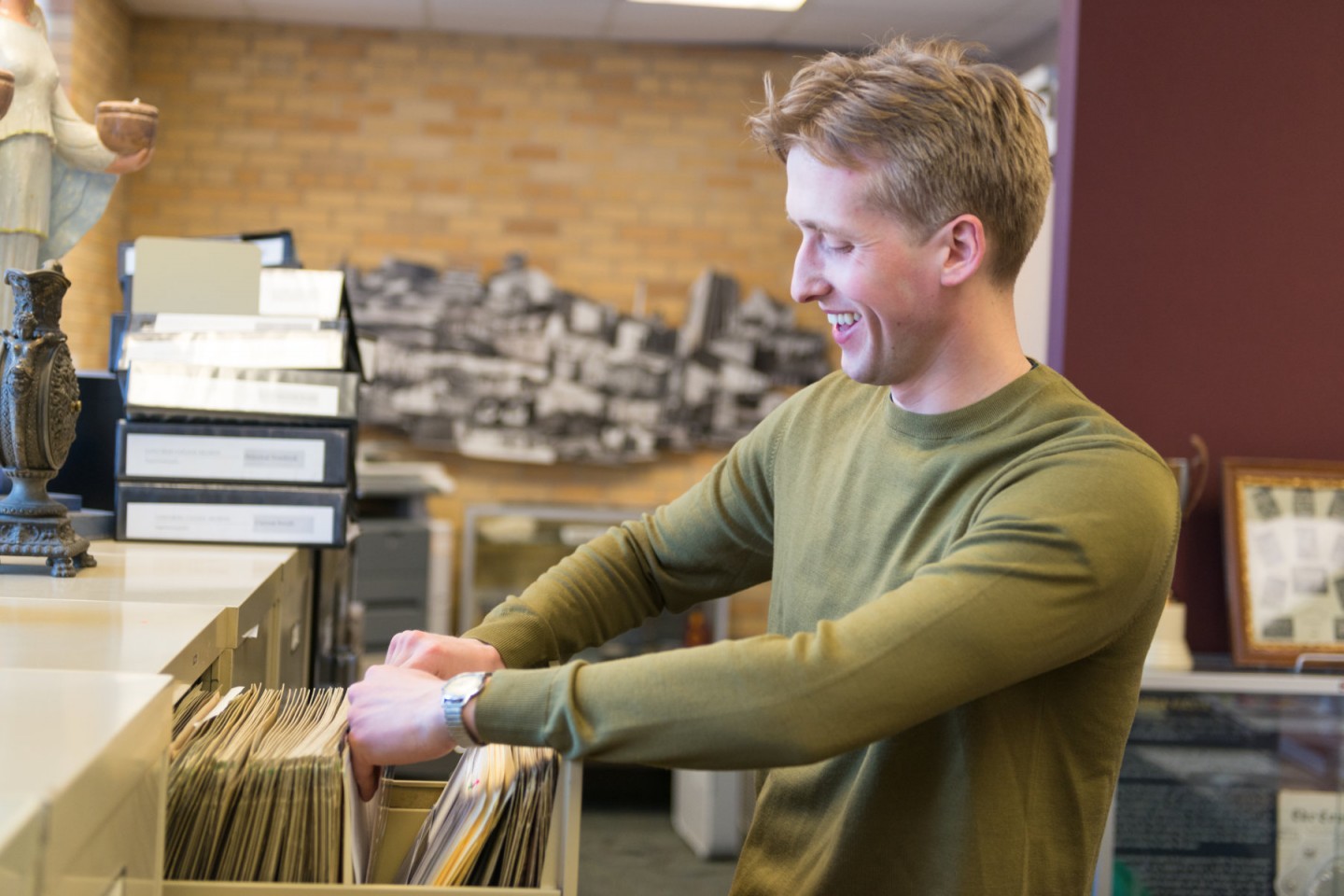 Do you have any advice for new or prospective students?

Don’t be afraid to explore. When you just have a couple people believe in you or your project, fly with it. You are going to be surprised by how many people are willing to help you. If you’re really interested in something, dive into it. Explore and knock on some doors. Give yourself grace and give other people grace.

What are your plans for after graduation?

I’m keeping my options open. Right now, I’m focusing on school, but I’d like to go back home to the Twin Cities and explore opportunities in the museum field. I’m interning in the development department at the Plains Art Museum right now and that has been so fun. I’m just in awe. I love working in museums.