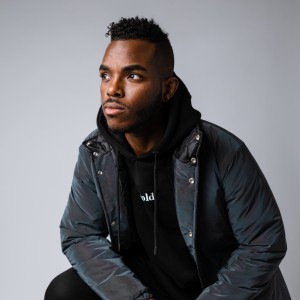 A rising community leader, Payton Head is invested in developing institutional cultures that are grounded in equity. He empowers students and campus administrators to fight hatred with radical love for others and themselves. Following the events in Ferguson, he spearheaded conversations about improving race relations in the state of Missouri. Head’s viral Facebook post detailing his experience with fighting systemic injustice at Mizzou ignited the student body to fight for a more inclusive campus and be a change agent in higher education. A rising community leader, he details the adversities caused by race, gender, and sexual orientation discrimination and proven solutions to facilitate open dialogue and embrace marginalized communities. Head holds a bachelor’s degree in political science with certifications in leadership, multicultural and Black studies from the University of Missouri. He holds a master’s degree in public policy studies with certifications in global conflict and international development policy from the University of Chicago.

With passion about the theory of education and action in order to affect change, with the National Campus Leadership Council and the U.S. Department of Education in 2016, he co-authored a guide for student leaders on strategy for addressing inclusion at educational institutions and presents to university communities nationwide on the importance of creating a culture of acceptance.

Head has been featured on various outlets including The Melissa Harris-Perry Show, MSNBC, CNN, The Washington Post, The Huffington Post, and Teen Vogue’s: How 3 Students Changed the Course of History at Their Schools among others. During his tenure at the University of Chicago, he served as communications director for UChicago’s Black Action in Public Policy Studies and program coordinator for the Inaugural Obama Foundation Scholar’s Master of Arts in International Development and Policy Program. 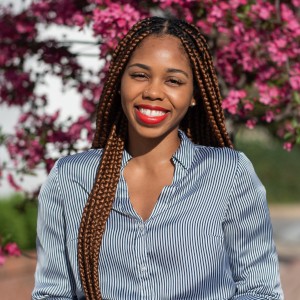 Derecka Purnell is a human rights lawyer, writer, organizer, and author of the forthcoming book "Becoming Abolitionists: Police, Protests, and the Pursuit of Freedom." She works to end police and prison violence by providing legal assistance, research, and trainings in community-based organizations through an abolitionist framework.

In "Becoming Abolitionists," Purnell draws from her own experiences and details how multi-racial social movements rooted in rebellion, risk-taking, and revolutionary love pushed her and a generation of activists toward abolition. Traveling across geography and time, "Becoming Abolitionists" offers lessons that activists have learned from Ferguson to South Africa, from Reconstruction to contemporary protests against police shootings.

As a Skadden Fellow, Purnell helped to build the Justice Project at Advancement Project’s National Office, which focused on consent decrees, police and prosecutor accountability, and jail closures, providing community training, political education, and legal representation to organizers. Her advocacy efforts led to the dismissal of more than 3,000 cases based on unconstitutional policing practices. Additionally, Purnell supports several campaigns and grassroots organizations around the criminal legal system, electoral justice, and community investment, including Action St. Louis, Dream Defenders, Communities Against Police Crimes and Repression, the Ferguson Collaborative, and the Movement for Black Lives.

In the wake of the coronavirus pandemic, Purnell co-created the COVID19 Policing Project at the Community Resource Hub for Safety Accountability. The project tracks police arrests, harassment, citations, and other enforcement through public health orders related to the pandemic. 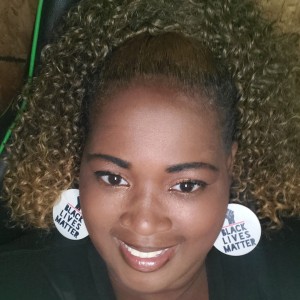 Faith Shields-Dixon is a Chicago native who relocated to North Dakota in 2003. She is an entrepreneur and the founder of Faith4Hope, a nonprofit organization committed to helping low-income families achieve lasting independence. She also owns and founded Children of Hope Childcare and Urban Beauty Supply. Dixon has been a prominent voice in Fargo’s Black Lives Matter demonstrations as well as a leader of civic engagement, vice president of the ND NAACP, and organizing the masses in demanding accountability and transparency among the Fargo Police Department. In 2021, she advocated, led, and was successful in the approval of police-worn body cameras, banning chokeholds, Fargo's first Hate Crime Bill, and the first Police Oversight Board. Her leadership in working with Fargo City officials and the city commission has been beneficial in community engagement. 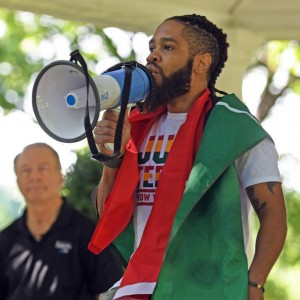 Wess Philome, a community activist, was originally born in Little Haiti, a community located in Miami. The son of Haitian migrant parents, he is the youngest of five siblings. Growing up surrounded by violence, he turned to sports as a getaway for positivity. After lettering in varsity football at G. Holmest Braddock Sr. High, Philome was offered a scholarship to attend Valley City State University, which led him to North Dakota in 2006. Many years later, he has continued to grow as an activist and contributing member of the community. He enjoys photography, painting, and trading stocks when he's not out fighting for equality. In the future, his hope is to continue his work with underserved youth and advocating for those without a voice.