Zahra Banks ’20 is passionate about data, diversity and inclusion, and representation of women in STEM careers. 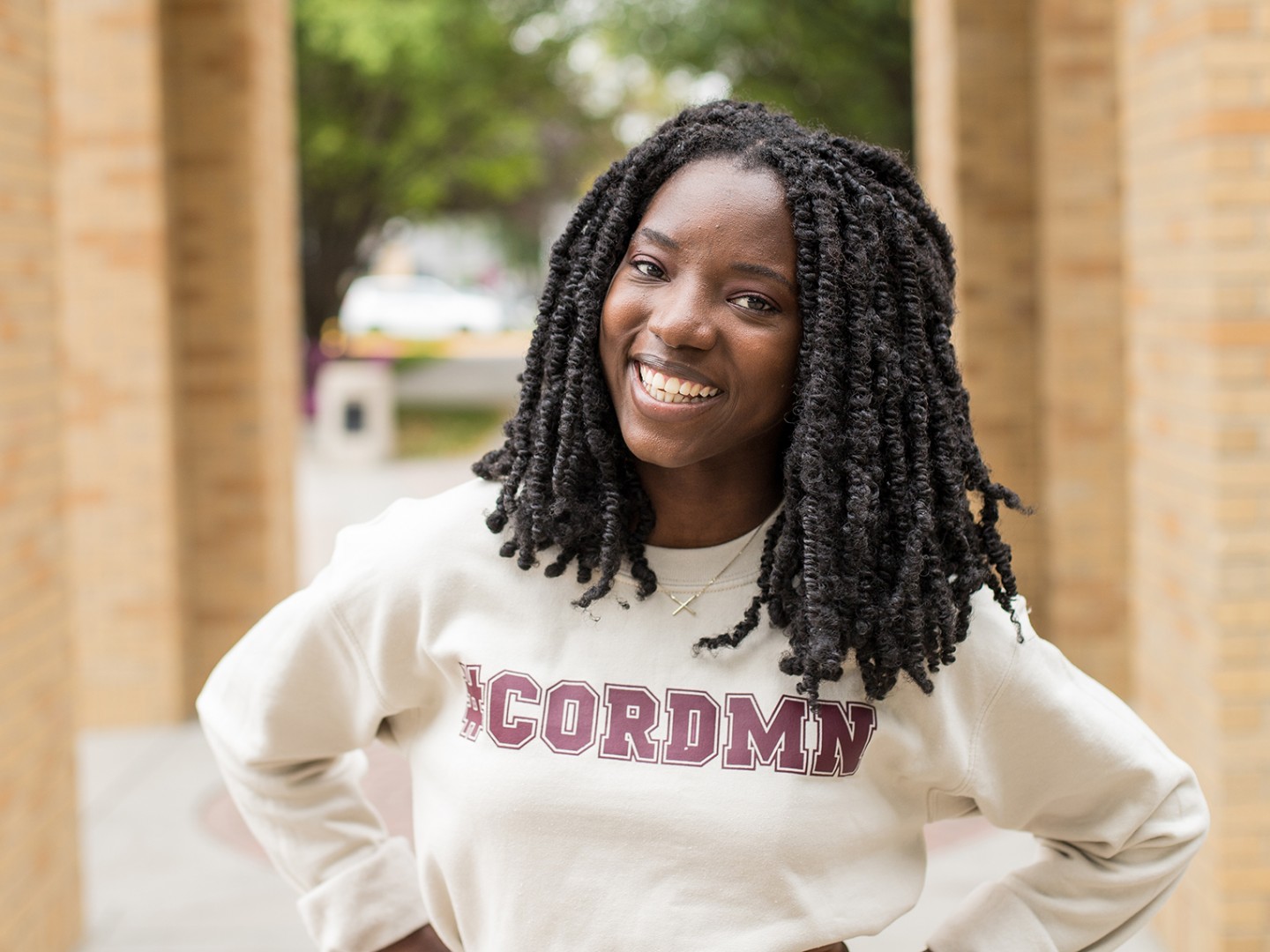 I am originally from Liberia in West Africa. I moved to Minnesota four years ago for high school. As a freshman, I attended a community college in Rhode Island, where some of my extended family lives. I decided to apply to Concordia after my first year there, and I received my acceptance letter with a great financial aid package.

Concordia was appealing to me because it was small and seemed like a welcoming community, and I decided I wanted to be back in Minnesota. In high school, I heard that this area was booming. What really interested me, especially, is the Microsoft campus in Fargo. 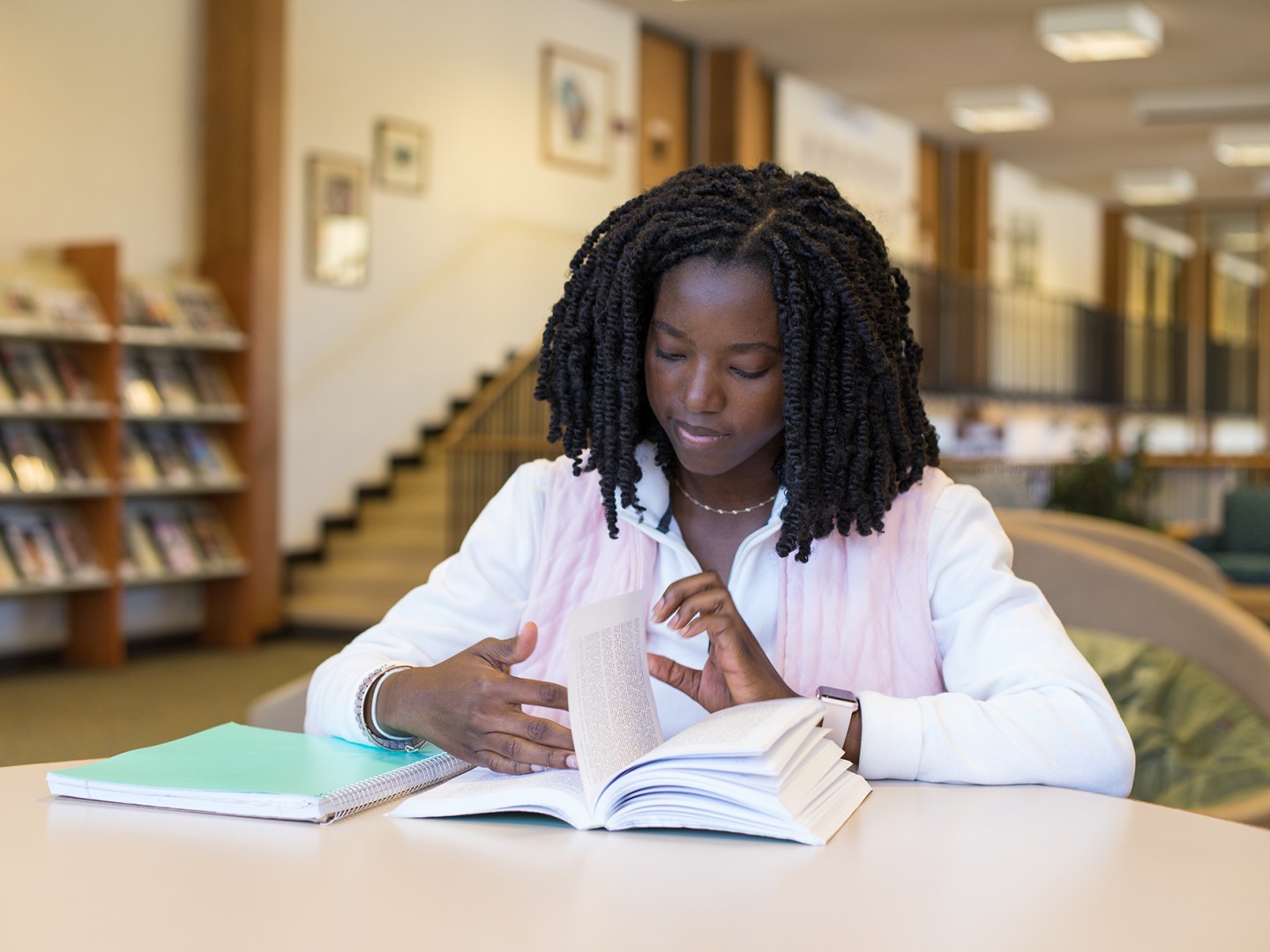 How did you decide on a major?

What activities have you been you involved in?

I am on the Campus Events Commission (CEC) and the track and field team, I’m an intern in the Office of Diversity and work on the Diversity, Equity and Inclusion Commission (DEIC),  and I make content for Communications and Marketing as a social media ambassador! I also was on the Family Weekend Committee and served as an Orientation Leader. 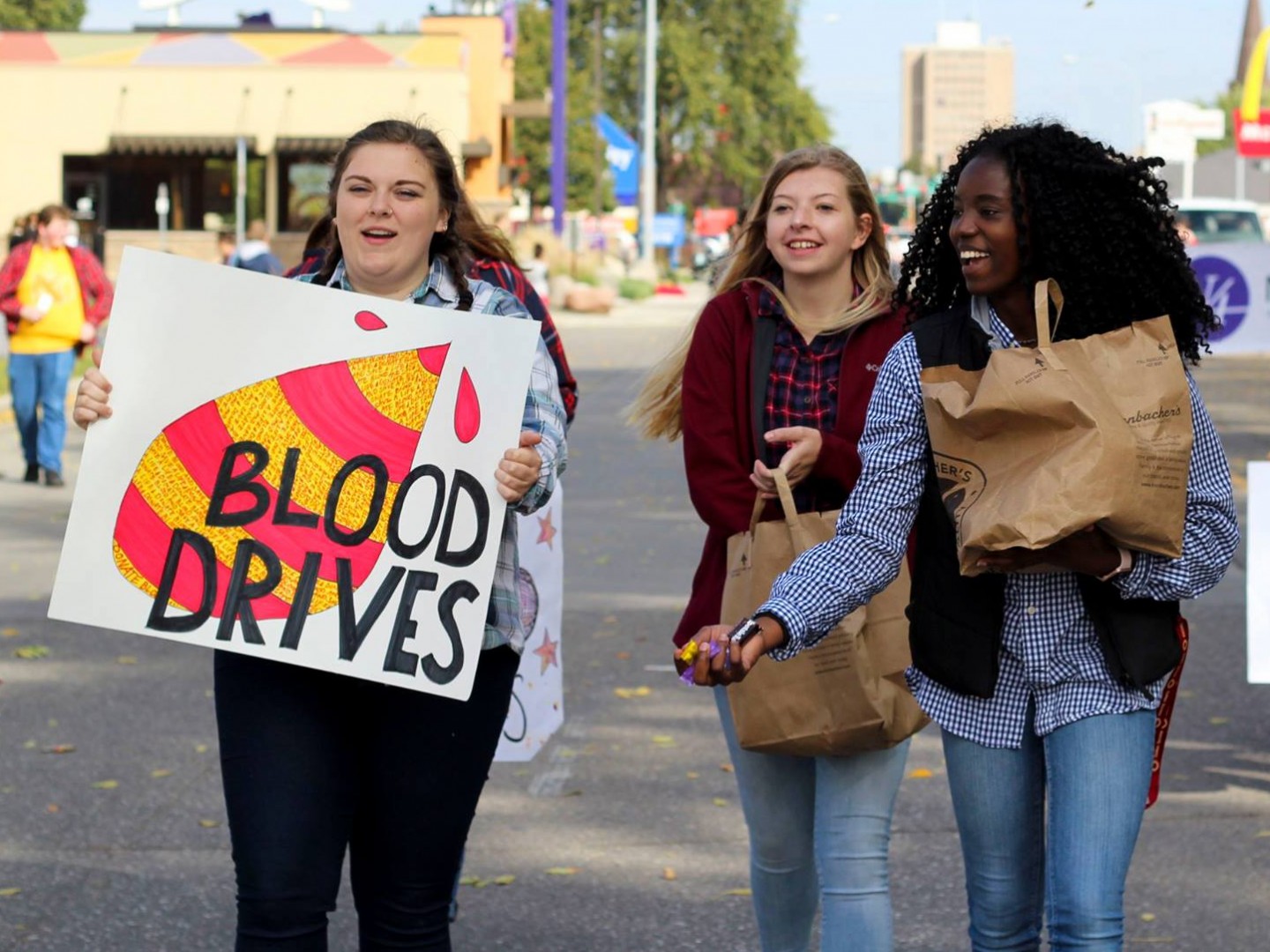 Do you have any advice for transfer students?

I learned a lot from when my family moved to Minnesota in high school. It was in the middle of the school year, so I had to get to know people fast. I joined a bunch of clubs so I could meet everyone I could. When I got to Concordia, I decided I was going to do the same thing. I have intentionally built a big network. It is important as a transfer student to get involved and create those networks for yourself.

My favorite professor is Xueqi [Dr. Xueqi Zeng]. She is a math professor and is the cutest human being ever. She has the best jokes and is always trying to make sure you understand the material. She is pretty flexible with homework and knows that not everyone is on the same academic level, and she takes that into account. I took two math classes with her, Pre-Calc and Calc 1. 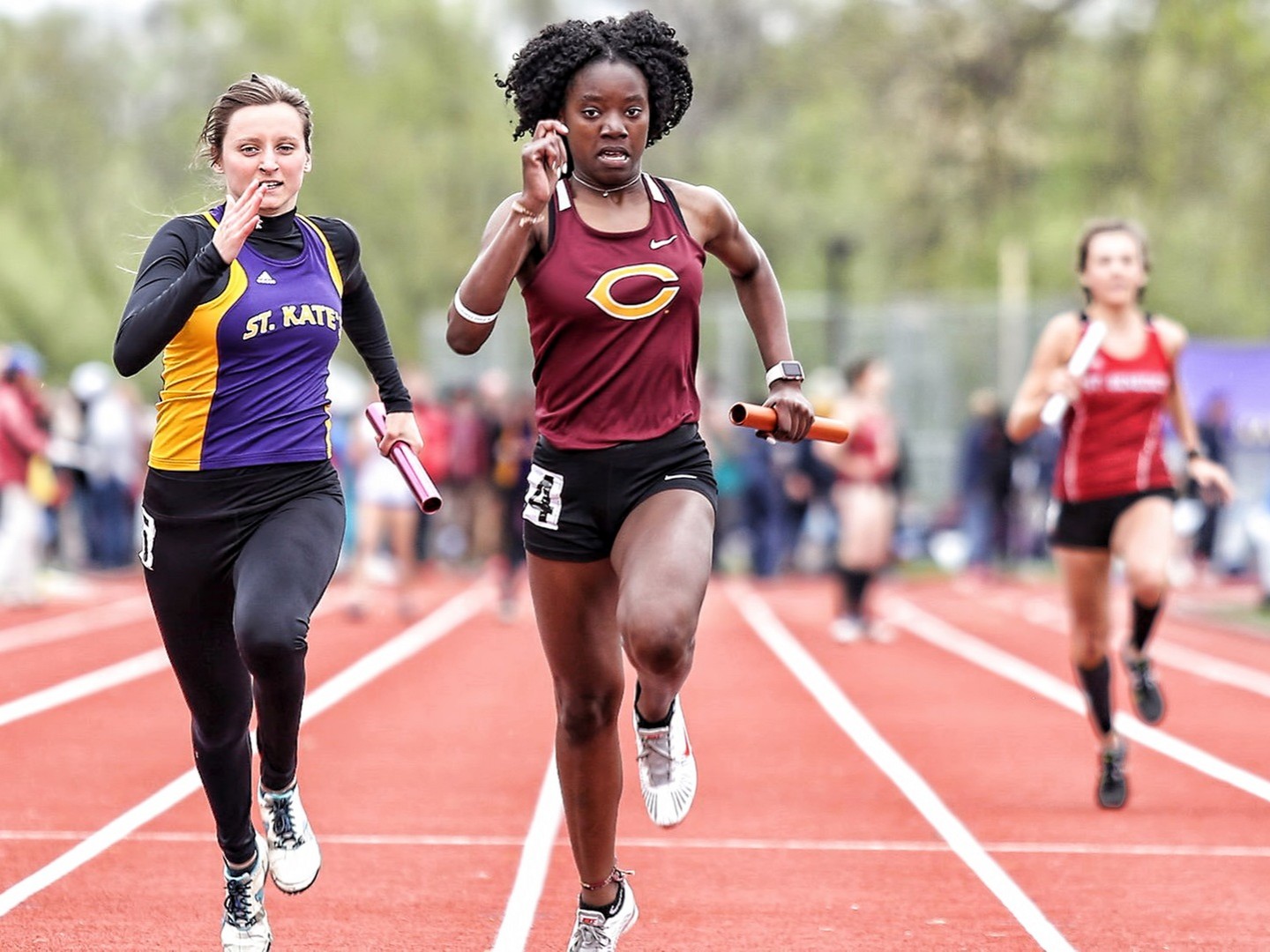 What are your top passions outside of academics?

I like to read. I read a lot by Trevor Noah, the host “The Daily Show.” He wrote a book called “Born a Crime” that I think I have read five times. Also, I love “Americanah” by Chimamanda Ngozi Adichie. I also like to run because it helps me take my mind off things. Other than that, I like to hang out with my friends. I live with three of my track friends in Bogs East. Oh, and I like talking to my mom too.

Why is it important to have women in STEM?

I think representation matters in whatever field. Looking at my computer science classes, it has historically been four or sometimes even two girls in my classes. Women CAN be in computer science and we need to show that.

My biggest female mentor was my aunt who passed away in 2016 from cancer. She was a fantastic social worker. She would always have motivating little conversations with me. 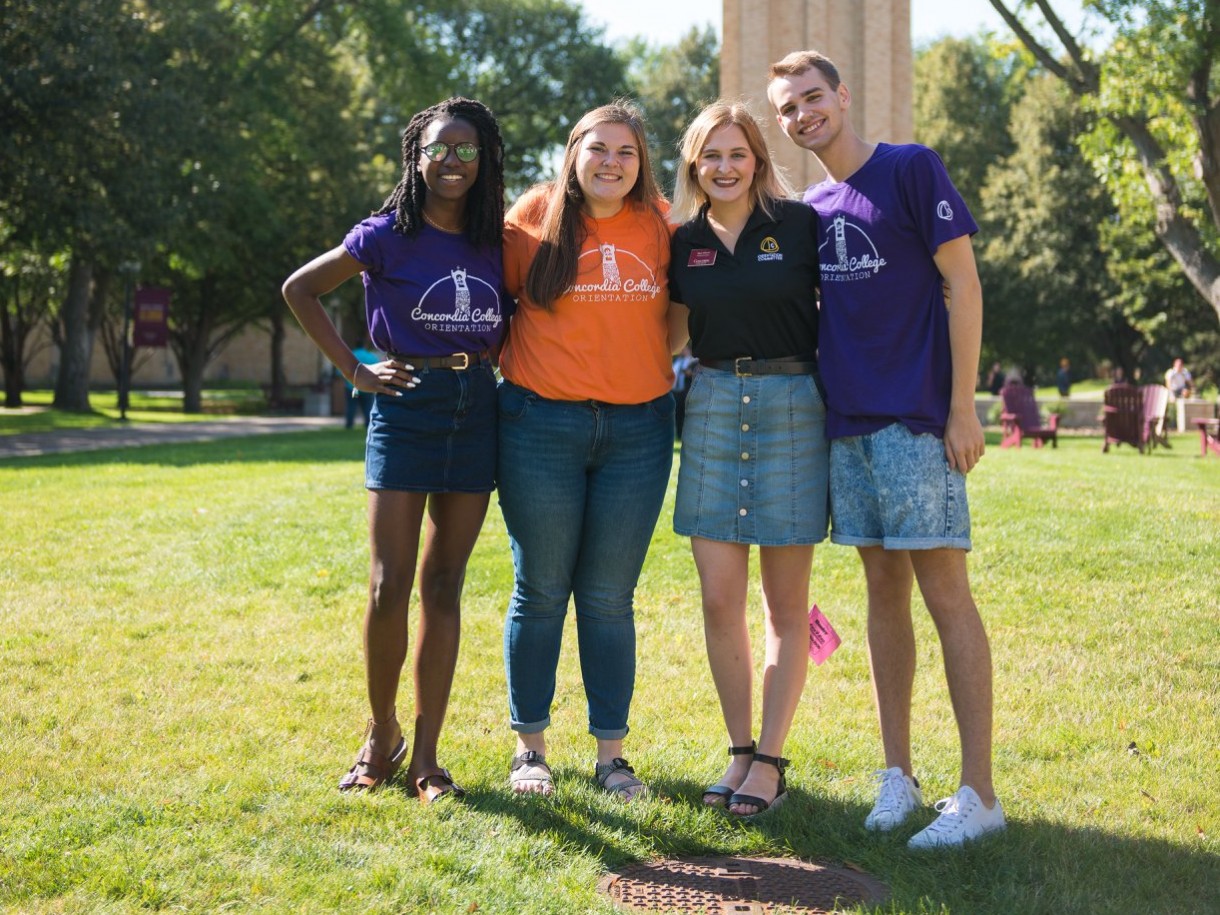 What has been your favorite memory so far at Concordia?

The CEC dances are my favorite. For example, the back to school dance theme was “Memes and Vines.”

A memory that I am looking forward to making is getting my Cobber ring!

What are your plans after graduation?

I interned at Boston Scientific during the summer. I would really love to work for them as a data analyst. They have great opportunities for students, a huge engineering department and a computer science department. It is such a vibrant and diverse environment. If that doesn’t work out, I would like to work at Microsoft at either the Fargo or Texas campus.